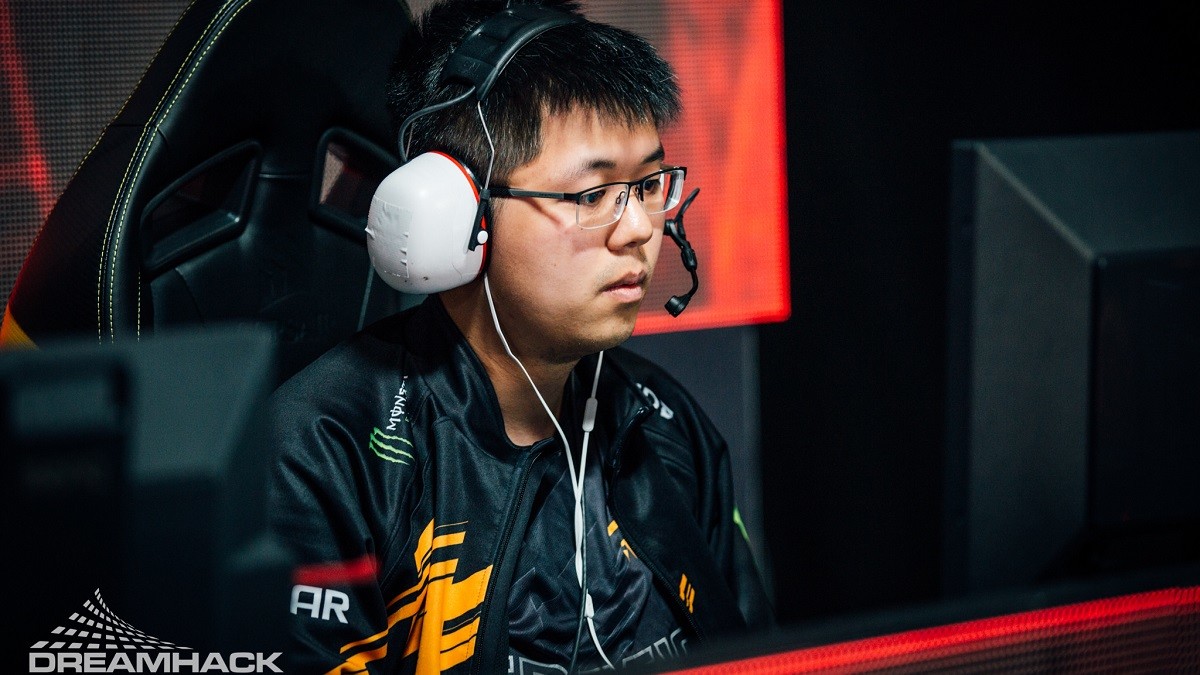 posted by Smyke,
The Post-TI shuffle is on his peak performance: first Dendi and now EternaLEnVy! Only two players are still left at Fnatic.
ADVERTISING:
It was just a matter of time for the news - rumours are spreading over days already that EE is trying to form a new team in North America. Now we know for sure that his time at Fnatic ends and his SEA adventure as well.

Playing in SEA and with Fnatic has been a great and important experience. It was my first time outside of Toronto, my first time living in a team house - all in the region of the most passionate Dota.

Our end result is disappointing and not what we aimed to accomplished. But I hope what I brought to Fnatic, and SEA as a whole, in my time here will prove useful in the team's future.

As we now part ways, I can only hope we meet once again on the battlefield. Thank you and good bye.- Jacky 'EternaLEnVy' Mao

However, EE is not the only player leaving Fnatic. We already had the confirmation that Saahil 'Universe' Arora and coach Kurtis 'Aui_2000' Ling left to join Roman 'Resolut1on' Fominok and the old VGJ.Storm team.

Playing with Fnatic, I had my fair share of ups and downs; I believe the team had lots of potential to which we unfortunately didn't fulfil in the end. Despite all of that, I personally enjoyed my time with the team and feel like I learned a lot, not only about Dota but about life itself.

I would like to thank my teammates and Fnatic for the opportunity they gave me this past season. - Saahil 'Universe' Arora

On top of that, Johan 'pieliedie' Åström will also leave Fnatic. He's playing with EternalEnVy for quite a while now. They both started their journey together at Team Secret and went on playing for NP and Cloud9 G2A*.

After playing for Fnatic in SEA for a year, it's time to say goodbye. This whole year has been very up and down. But, overall, has been a positive experience for me as a player and a person.

Going back to playing for an established professional organisation and having that support was great, and living in a team house for a year was incredibly interesting as well as challenging at the same time.

After our team finished reshuffling, I truly believed we could have become one of the best, if not the best, teams in the world. Unfortunately, that's not how things transpired. Even though we didn't reach what I believed to be our potential, I still believe in all my teammates and I know they will do well this upcoming year.

I'd like to thank everyone who has supported me and Fnatic throughout this journey. - Johan 'pieliedie' Åström

The Filipino duo stays at Fnatic

That leaves Abed 'Abed' Yusop and Djardel 'DJ' Mampusti at Fnatic. The Filipino duo will stay and rebuild the SEA roster.

It's not sure which players would join the lineup, but rumours are spread that Marc Polo Luis 'Raven' Fausto is in contacts with other teams as well as Daryl 'iceiceice' Koh. Maybe it's time to build a SEA dream team?

Which players should Fnatic pick to reach the top of SEA?