OG are Grand Champions of The International 2018 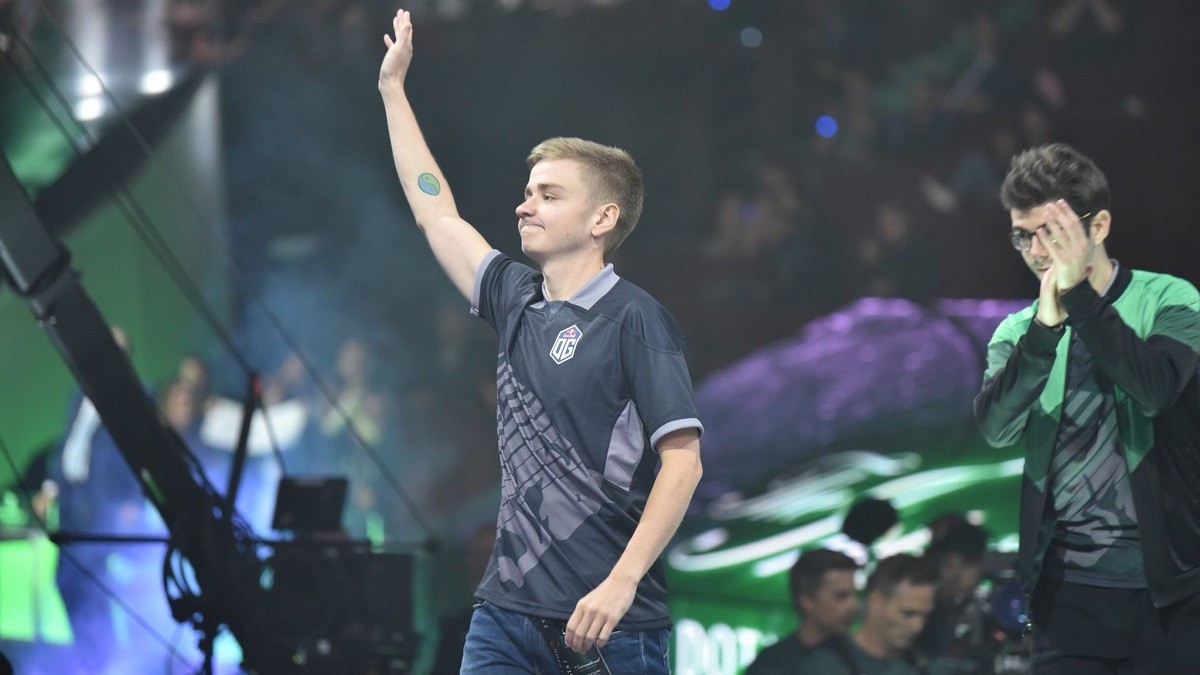 posted by Olucaron,
It was the final we all wanted, a thrilling battle between two worthy teams — and it’s OG who have come out victorious over PSG.LGD, taking a truly epic comeback series 3-2 and claiming the Aegis of Champions at The International 2018.
ADVERTISING:

Against all odds, we stood united, fought until the very end and became your #TI8 Champions!


Game 1 was a thrill-a-minute ride — quite literally, as it was just skirmish after skirmish, a literal bloodbath. PSG.LGD found themselves time and time again winning the teamfights, as they built a steady lead. But OG’s willingness to get into fights prevailed, and they saw themselves claw back an 8k deficit, led by Ana’s Spectre, standout rookie Topson on Monkey King and supported by some fantastic Fissure play from JerAx.

The Europeans took Roshan on 28 minutes, with a failed steal attempt saw two Chinese fall. With more than 50 kills on the half-hour mark, the hype in the crowd was reaching a peak — and OG stepped up even further.

There was just no answer to their aggression as they cracked the base and PSG.LGD called ‘gg’ on what was an insane comeback win for BigDaddyN0tail and his side.

Game 2 saw much of the same. Plenty of skirmishes littered the early game, with both teams sitting somewhat even on ten minutes. PSG.LGD took the lead with Chalice / 充值战士 the standout on Enchantress, while Topson was having an uncharacteristically poor start.

OG kept looking for the engage with no success, with the Chinese punishing them severely. With a 12k lead and 15-kill advantage at half an hour, the victory was looking certain — and they didn’t disappoint, roaring on and tying the series at 1-1.

Game 3 looked quite the same as the previous game, as OG looked to fight. PSG.LGD remained disciplined, building an advantage of 2k on 15 minutes, which increased to 15k after several teamfights in a row proved costly for the Europeans.

A 29-minute Roshan followed another skirmish in which PSG.LGD picked up four for one, with the lead now peaking at 20k. It was hard to see OG finding a way back into the game, especially as Fy time and time again had Topson locked down with Phoenix. It was possibly one of the best performances on that hero in TI history, and helped the Chinese take the series lead.

And so, it was left to OG to claw their way back into the series, and what a game. Early momentum was obviously with PSG.LGD as the two sides traded early blows, but OG kept closing the gap with some smart picks. With the match evenly-poised at 14-14 and a small 3k lead for PSG.LGD at 15 minutes, it was anyone’s guess how it would end.

OG kept pushing, kept looking to gain an advantage. Ten more minutes and things were still equal in kills, but now had a 6k advantage and were looking to crack the base. A superb pick from 7ckngMad / Ceb did more damage, with the barracks falling. PSG.LGD held and pushed right back with a superb counter-attack and effective team-wipe.

It reduced OG’s advantage to just 2k, and they kept up their aggressive plays to turn things around. With a 4k lead on 35 minutes, the Chinese were on the ascendancy. They were winning each teamfight, and OG had no response. Victory looked certain.

After several valiant defenses of their base, the Europeans suddenly found another gear — forging ahead with team kill after team kill to prolong the game. And then, what looked impossible happened — OG completed their epic turnaround to win several teamfights in a row, destroy the Ancient and force a deciding match to the deafening roars of the Rogers Arena crowd.


A fitting end to a truly astounding series

PSG.LGD immediately looked hungry in the final game, claiming seven kills in the first six minutes, with Fy on the Earthshaker 3-0-3. OG kept finding themselves picked off, as the Chinese team’s map control proved superior. With a 4k lead on 15 minutes, and a 15-4 kill advantage, it was looking like OG had just spent too much on that comeback Game 4 win.

But as has so often been the case for OG this tournament they came roaring back. An absolutely epic teamfight around the Roshan pit saw the Europeans come out with the advantage, and immediately moved on PSG.LGD’s base. A massive deficit had become an 11k lead, and another brutal teamwipe saw them inches from victory with a 21k lead. The Chinese were well and truly on the ropes.

OG were emboldened, and it showed. They were aggressive, daring and downright confident, and more deaths meant the Chinese were done. A final kill onto Somnus / Maybe, Ceb dominating, and they had done it. The Magnus/Ember combo proved to be just too much for PSG.LGD, with the fans going absolutely wild as the Ancient fell.

It was entirely typical of OG, who had been labelled underdogs for the entire tournament. Lifting the Aegis, and with it the richest prize in esports, one has to feel like it was a thoroughly deserved redemption story — and they did it all having faced tough roster changes and fighting through the Open Qualifiers.

And so, we have a fairytale ending to what has been an amazing edition of The International, with the ‘even year’ Eastern curse broken. The underdog story of OG will live on in Dota 2 legend as quite possibly the greatest final ever. It will take some beating — bring on Shanghai in 2019!

Are OG deserved winners of the Aegis? Who were you rooting for?