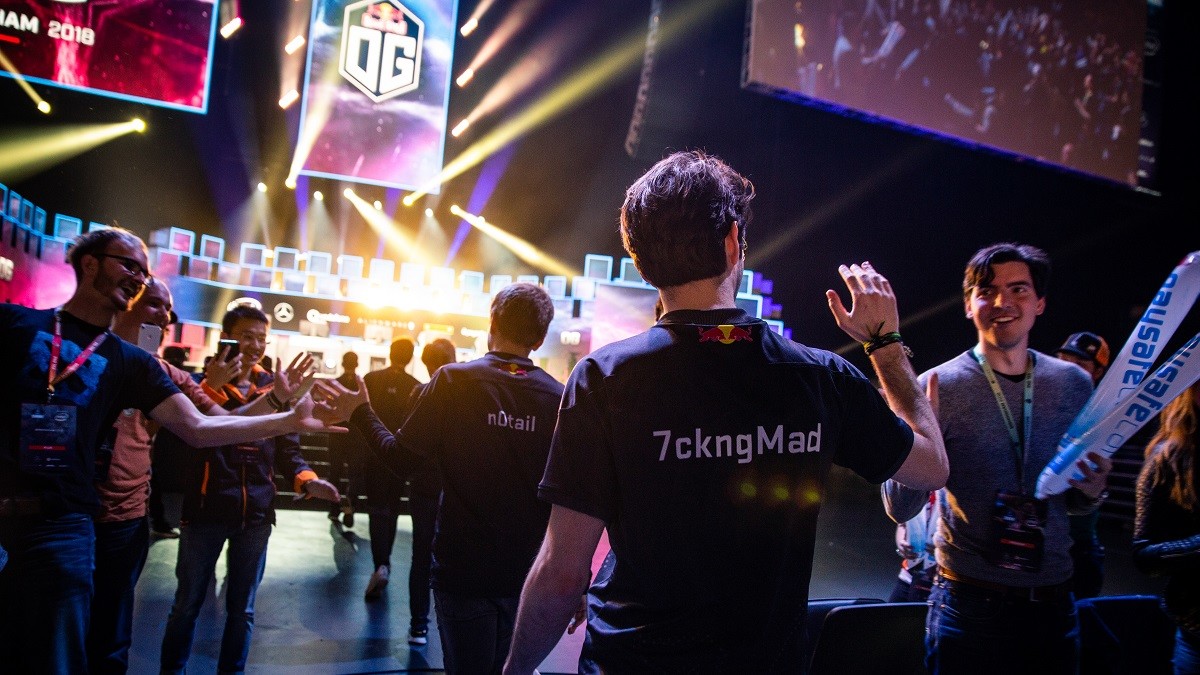 posted by Olucaron,
It was a thrilling day of Dota yesterday, with the storylines writing themselves. Team Liquid took down Team Secret, before being taken down themselves by Evil Geniuses, while OG recorded a comeback win over PSG.LGD to make the Grand Finals.

We take a look at the day’s events, and look forward to the final day of The International 2018.
ADVERTISING:

In the first match of the day, Team Secret found their Lower Bracket route to the final blocked by Team Liquid. Game 1 was a bit of a marathon, with Liquid building a 10k advantage before Secret roared back into it. Liquid were not to be kept down, and the Broodmother/Bloodseeker combination did the damage to secure the 52-minute win.

Game 2 was much more one-sided in the end, with Secret once again giving up the Broodmother. That was to prove their downfall, as despite Puppey’s side holding an early lead, the arachnid hero tore through their ranks. Lasse 'Matumbaman' Urpalainen finished with a perfect 12-0-16 KDA as Liquid sealed the 20-kill, 38k advantage and the match.

The second series of the day lived up to the hype. The underdogs of OG — the rejects, the rookies — taking down the strongest China has to offer. The Europeans took a mammoth win in an 88-kill Game 1, with PSG.LGD just unable to deal with OG’s aggression and willingness to skirmish. They briefly brought things level, but in the end 7ckngMad / Ceb’s Enchantress and Topson’s sheer exuberance were too much.

Game 2 saw the Chinese return to form. Failure to ban the Clinkz proved costly as Ame ripped through them, claiming 18 kills as they overcame a topsy-turvy opening 20 minutes to win in 37 minutes, having opened up a 28k advantage. It was going to a decider.

And boy, what a decider it was. Only once did OG lead, with the Radiant side briefly taking a net worth advantage of just 42 gold. It was a game PSG.OG should have won, and won easily, having built up leads of 7k, 11k and 17k before being pegged back.

But OG held on, kept fighting, kept looking for the picks, and one massive skirmish as PSG.LGD were assaulting the Ancient gave the underdogs hope. And then, they went for the base. The rest, as you can see above, is history.

And so, it was left to the final series of the day to give us more thrills, and Game 1 between Evil Geniuses and Team Liquid did not disappoint. It was an absolute brawl, as we saw 93 kills in a match which lasted an hour and four minutes. It wasn’t until the 35-minute mark that Secret began to build the advantage, with sustained skirmishes eventually giving them a lead that this time was not overturned.

Game 2 was a much quicker victory for Secret. Despite things being pretty even for the first twenty minutes or so, with just small skirmishes here and there, a massive teamfight on 22-minutes saw all five members of Liquid fall for just two s4 Wraith King deaths. From there Secret snowballed, wrapping up the 35-minute win and booking a showdown with PSG.LGD in the Lower Bracket Finals.

It all comes down to this.

We're hyped for the final day of #TI8. We'll be facing @LGDgaming / @PSGeSports to see who gets to head to the Grand Finals to face @OGesports.

We are close to immortality, and these are the final steps. #BleedBlue pic.twitter.com/gSi1XZ7Zag

The final day promises to be the most hype yet

And so, we come to the final day of The International 2018. Two weeks of competition in Vancouver and a whole season of building momentum will come to a head as immortality awaits the victorious. Who will win through to the Grand Final? Will the Aegis go to a previous winner or a first-timer?

Regardless of the outcome, what an epic showdown it was, we came as close as possible! We experience our first loss on the main stage, we now fall down to the LB Finals and will face the Winner of Team Secret & EG


There are so many storylines that will be resolved on the final day. Can China keep up the ‘even year’ tradition and claim the comeback win? They go up against Evil Geniuses in a Lower Bracket final underway right now. A PSG.LGD win would certainly cement a fantastic season and vindicate roster changes made. It would also send fans into raptures as they would see a home defending champion in Shanghai next year.

We’ve been waiting for this very day for years. Win or lose, today will be a blessing 🙏. Keep sending your energy and sharing your passion, it gives us the strength to overcome anything 👊


For Evil Geniuses, they will be looking to set up Round 2 of the grudge match we saw the other day. After BigDaddyN0tail took down former teammates Fly and s4 in the Winner’s Bracket, SumaiL and his teammates will hope to overcome the Chinese and set up an EU vs NA final. After a little bit of bad blood, including that stare and that shoulder-barge, a final between the two would truly be an epic end to the story of The International 2018.


Who will win The International 2018 and claim the Aegis of Champions?