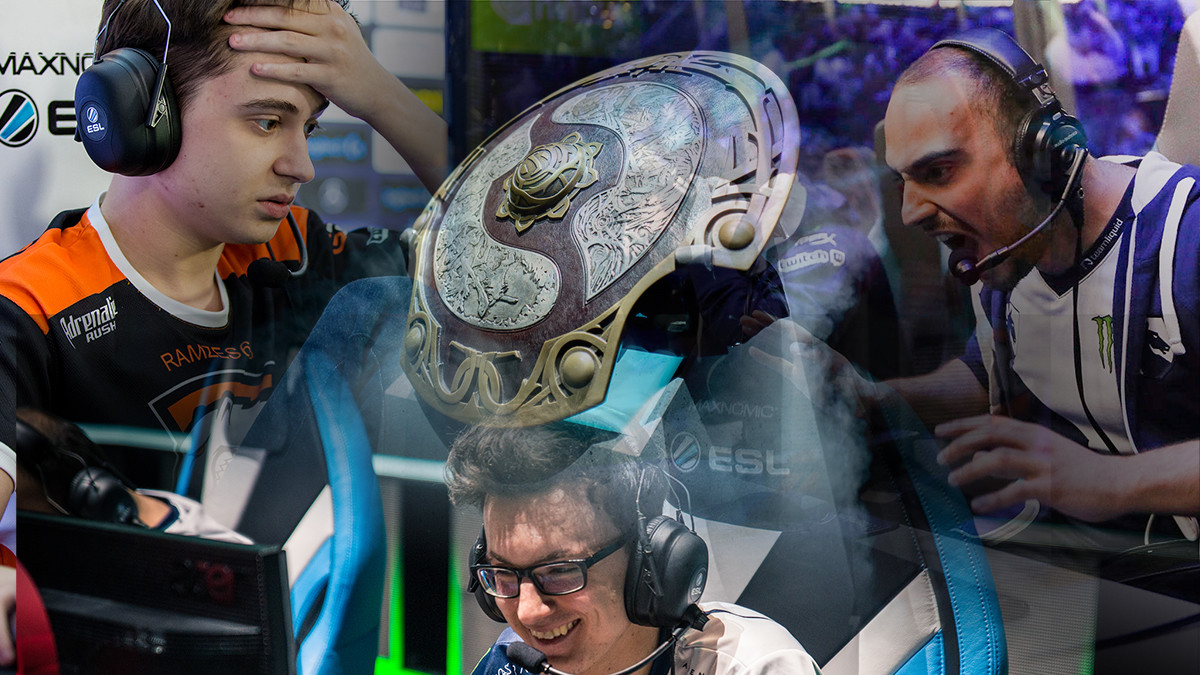 posted by joinDOTA Staff,
We at joinDOTA had an important mission before The International 2018. We were tasked with using science and the joinDOTA community to determine which player is currently the best in each role. Combined, these five stars form the strongest theorycrafted all-star team The International will ever see.
ADVERTISING:
Position five, sometimes known as "hard" support, is a thankless role. They're likely the one with the least gold, the fewest items and the most tenuous hold on life. They need to be there for their team, but must be very careful not to get picked off. They buy most of the wards, tank ganks and often have an incredible impact with very few resources.

Dota 2 has brought some legendary captains to light, who usually play in position 5 - Peter 'ppd' Dager, Tal 'Fly' Aizik or Clement 'Puppey' Ivanov, but two stand out: Aleksey 'Solo' Berezin and Kuro S. 'KuroKy' Takhasomi. Both have had a phenomenal season, but in the end KuroKy has a small advantage.

Although Solo had clearly the better season, with his team Virtus.pro finishing in first place in the DPC, he just took second place in the ranking. With an advantage of just 0.3%, Team Liquid's KuroKy is able to win the position 5 battle with 30.7%.

Of the support duo on the team, this role is more likely to be given some farm priority in order to be able to pick up an item like Blink Dagger, Spirit Vessel or Solar Crest. They also tend not to stick around in one lane or the other, and roam around the map to wherever their help is needed. Common heroes include Bounty Hunter, Slardar or Tusk.

The list of talented players heading to Vancouver to play Position 4 at TI is impressive. What stands out most is how many of these guys are known as big playmakers - as just a few examples we've got Jesse 'JerAx' Vainikka's Earthshaker, Djardel 'DJ' Mampusti's Enigma, Hu 'KAKA' Liangzhi's Naga Siren or, of course, Maroun 'gh' Merhej's Keeper of the Light.

Again it was a battle between Virtus.pro and Team Liquid, or specifically Vladimir 'RodjER' Nikogosyan against Maroun 'gh' Merhej.

The Russian support for VP had an amazing season, starting with Natus Vincere, and was able to show his amazing skill. VP noticed that and kicked Ilya 'Lil' Ilyuk in order to snatch this Russian talent - with success. He won three Majors with Virtus.pro.

However, he was not able to win this vote: gh is in his second season now and he is still showing why he is one of the best players in the world. Last year he was one of the reasons Liquid were able to win The International 2017, and this year he kept them in top spot. He won our vote with 34.6%, RodjER with just 17.1%.

This role isn't necessarily restricted to the short lane, but they're most often sent to lane alone to fend for themselves. A few of the common traits of popular offlane heroes today are the ability to split-push, escape ganks or initiate team fights. Some of the best tick more than one of these boxes. For instance, Beastmaster's Roar is great for initiation and his menagerie of Boar and random neutral creeps are great for pushing.

MinD_ContRoL is the Offlane's Prophet

Team Liquid are TI winners and the players are the contenders everybody wants to beat. You can feel it in our vote as well: Ivan 'MinD_ContRoL' Borislavov is the third Team Liquid player in our ranking.

At least second place this time isn't occupied by a Virtus.pro player. He won the voting with 28.5% against Daryl 'iceiceice' Koh, who had 23%.

Midlaners have always been some of the biggest stars of the show, partly because the role used to be very 1v1 oriented. It was all about who could out-CS and solo kill their opponent, but things have changed over time. We've seen metas where a support babysat mid full-time, and other times where the midlane has been sacrificed, left to their own devices in favour of gaining advantages elsewhere.

Who can stop Miracle-?

Although that topic is still debatable, Miracle- won our vote for the midlane with 36%. Vladimir 'no[o]ne' Minenko was ranked second with 28.3%, far ahead of Yao 'Somnus / Maybe' Lu in third place.

Finally, not a Liquid player in first place! What a dominant way to win our vote for the hard carry position. Roman 'RAMZES666' Kushnarev collected 48% - almost every second person voted for the young Russian VP player. He completes our legendary all-star team for The International. In second and third place were Lasse 'Matumbaman' Urpalainen and Artour 'Arteezy' Babaev respectively.

Who did you vote for? Do you agree with this lineup?