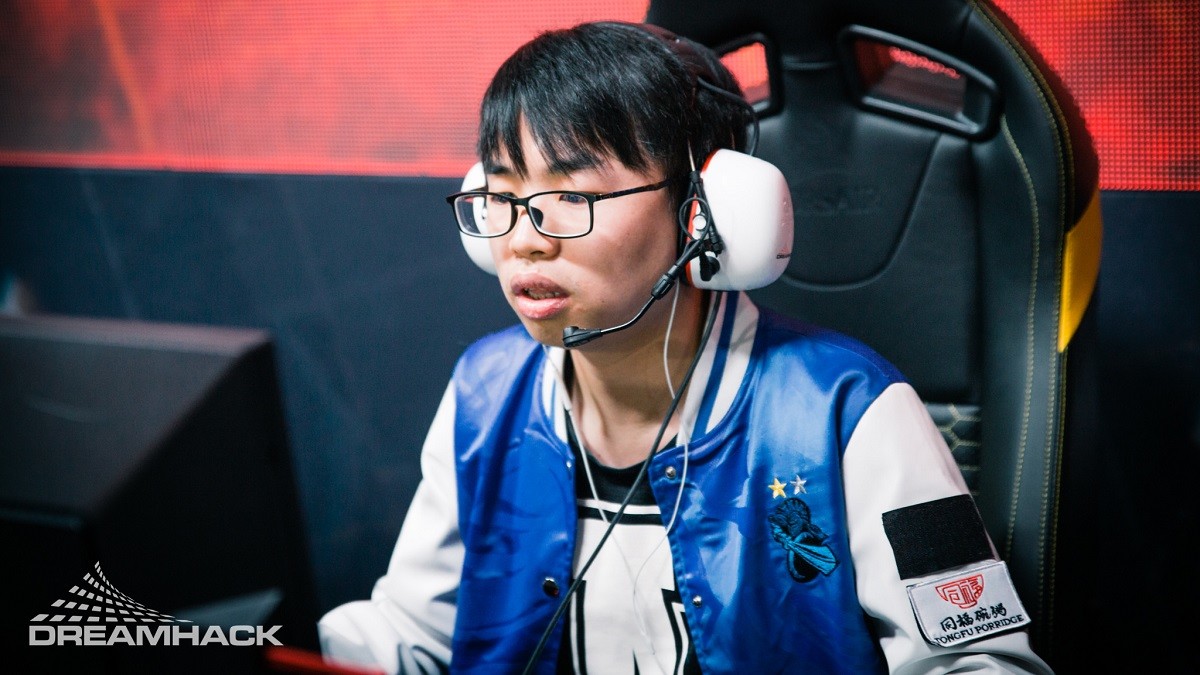 posted by Brasozial,
Zeng 'Faith' Hongda was so close to winning a second title at The International! Can the Chinese Captain lead Newbee to victory at TI?
ADVERTISING:
When people talk about Newbee nowadays, they mostly mention their star midlaner Song 'Sccc' Chun or Hu 'KAKA' Liangzhi in the support position. However, one of the greatest captains in Chinese Dota 2 leads those young stars: Faith.


The man behind the success

In 2012 Invictus Gaming were able to restore the honour of the people in the Far East, and Faith had a huge part in it. Next to players such as Wong Hock 'Chuan' Chuan, Chen 'Zhou' Yao and Luo 'Ferrari_430' Feichi he was not the biggest star, but was more than a solid position five — in fact, he barely makes mistakes and is the backbone of every team he has been part of.

Faith has attended almost every TI — only the 2016 edition was played out without the support player. In the offlane position for TongFu*, he attended the The International 2016 qualifier. The season hadn't been good for Faith and his teammates to that point — they hadn't attended a single Major. TongFu were on the brink of splitting up, and only TI qualification could have held them together.

But the Chinese qualifiers were too strong that year: Faith ended up in last place with TongFu, and as a result he didn't belong to the all-timers such as Clement 'Puppey' Ivanov and Kuro S. 'KuroKy' Takhasomi anymore. This was the darkest hour in Faith's career, but he didn't give up.

The fresh start within Newbee

With his TongFu teammate Xu 'uuu9 / Moogy' Han he joined former TI winner Newbee, who desperately needed a restructuring. They hadn't been able to return to the top of Chinese Dota 2 since their The International 2014 victory.

From that point on, Newbee slowly and steadily climbed up the Chinese ladder to sit at the top of their region, even if it did take some time!

On the edge of achieving what nobody had before

Faith finally qualified for the Major events again by beating some of the best Chinese teams — he was finally able to get some wins under his belt to regain his self-confidence. However, he still hadn't reached the top — neither at The Boston Major nor at The Kiev Major did Newbee finish in the top eight.

His biggest achievement that year was to return to The International, even without going through the qualifier. They were rated as the second-best team in China, behind Invictus Gaming. This was thanks to some good late tournament results at The Manila Masters, where Newbee ended up second, reaching the Grand Finals of Starladder | i-League Invitational #2 and winning the Galaxy Battles against Planet Odd*.

The International 2017 could have been his biggest success. Newbee put in some strong group stage performances, and were even better in the playoffs — they beat EG, iG and LGD.FY to qualify for the Grand Finals. Faith had the chance to earn himself and Newbee a second TI win. He was on the edge of achieving what nobody had done before him.

Only a few players before him had been able to reach a Grand Finals more than once, and one of those was on the other side of the river — Kuro S. 'KuroKy' Takhasomi was also into his second TI Grand Finals, and wanted to finally win his first trophy.

Team Liquid had already had an astonishing Lower Bracket run, where they beat almost every top team of the season, and Newbee had to feel that. Team Liquid used all those games to find the perfect meta for themselves, and Newbee didn't have a chance — they were the first team to get swept in the Grand Finals of The International.

However, Faith won't give up

As his name says, Faith won't give up so easily. The team, together since 2016, haven't changed a single player — highly uncommon for the Chinese scene. Although they're not on the same level right now as they were at TI, Newbee succeeded in placing in the top eight in the DPC, giving them another invite for The International.

Now it's time for Faith to let his teammates shine one more time. As a typical position five captain, he keeps himself in the background but is the guy pulling the strings. He finally has a chance to achieve what nobody else has done before him — Faith could be the first player to win two The Internationals.