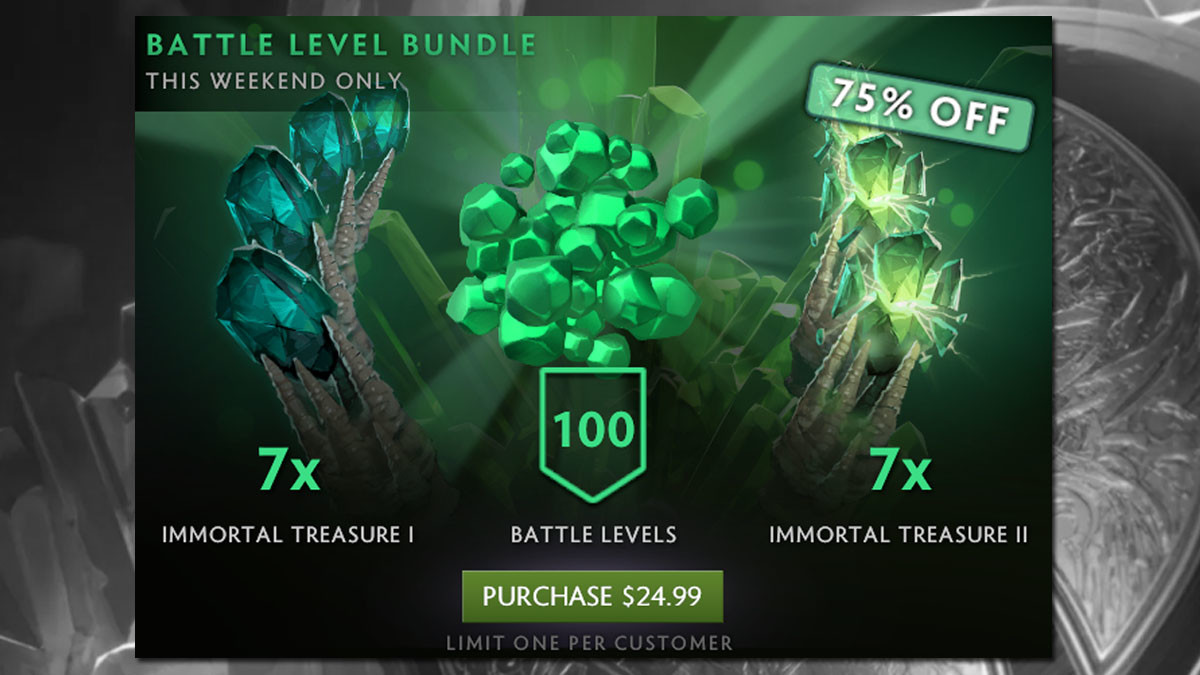 posted by Malystryx.GDS,
It's time. Valve have released their secret weapon, the Battle Level Bundle. Will you be parting ways with $24.99 this weekend?
ADVERTISING:

The TI8 prizepool was slowing down considerably, even after the introduce of Immortal Treasure II. Valve have now unleashed their secret weapon, the Battle Level Bundle. Unlike last year, where a bug allowed players to purchase more than one, you will only be allowed one this year, but it will grant you 100 Battle Pass Levels along with some other goodies for $24.99. 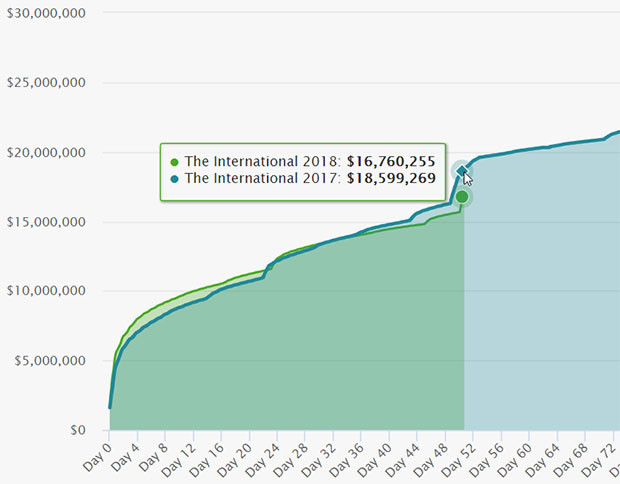 The BattlePass Bundle was released yesterday, and has resulted in a very sharp spike in the prizepool, which has now surpassed $17 million. So far the prizepool for TI7 and the upcoming TI8 have "touched" twice. However, the Bundle could well see players investing because of the additional 7 Immortal Treasure II chests on offer.