OpenAI - who should they play against at TI? 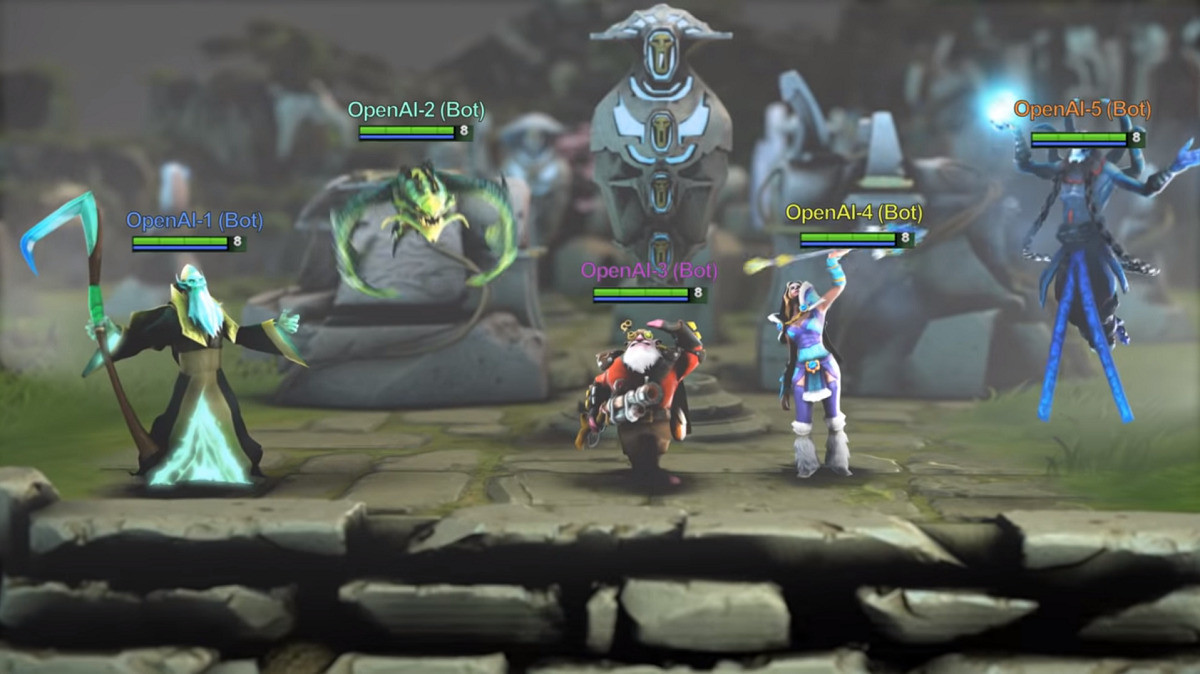 posted by Brasozial,
OpenAI versus Danil 'Dendi' Ishutin - that is the show we got last year at The International 2017, but what about this year? An entire team against bots?
ADVERTISING:

This is just one of many amazing projects I had a chance to see at @OpenAI, where they’re working to ensure as many people benefit from AI as possible. This is an incredibly important mission, and I’m excited to see more of their work.

Even billionaire Microsoft founder Bill Gates was impressed that OpenAI had developed a BOT not only able to compete with good players, but even destroy some of the best players in the world in 1-v-1 play!

No Dota 2 fan could forget the moment when Natus Vincere's longest-serving star Dendi came to the stage via a phenomenal entrance to see that his opponent in the 1-v-1 midlane competition wasn't human, but 'just' a bot.

The outcome was crystal clear — the Ukrainian midlaner had no chance against the Shadowfiend of OpenAI, and had to accept his loss. They then announced that for the next TI they would build a five-man stack of these bots to compete against a whole team.

Now there is just one question left —

Who should play against the bots?

All 18 teams for the upcoming TI are set! A lot more teams and players, however, weren't able to qualify for the biggest event of the season. If you could decide which of those teams to receive their Vancouver tickets just to compete against a bot - who would you vote for?

Na'Vi, The Final Tribe, Blinkpool, TNC Tigers, LGD.Forever Young and more — there are a lot strong teams out there who won't be attending TI, and therefore have a lot of free time in which they could train for the ultimate battle: human versus robot.

The rules are pretty close to a normal game, except both teams will get the same heroes — no outdrafting is possible.

So, who would you pick to defend the honor of humankind against OpenAI?