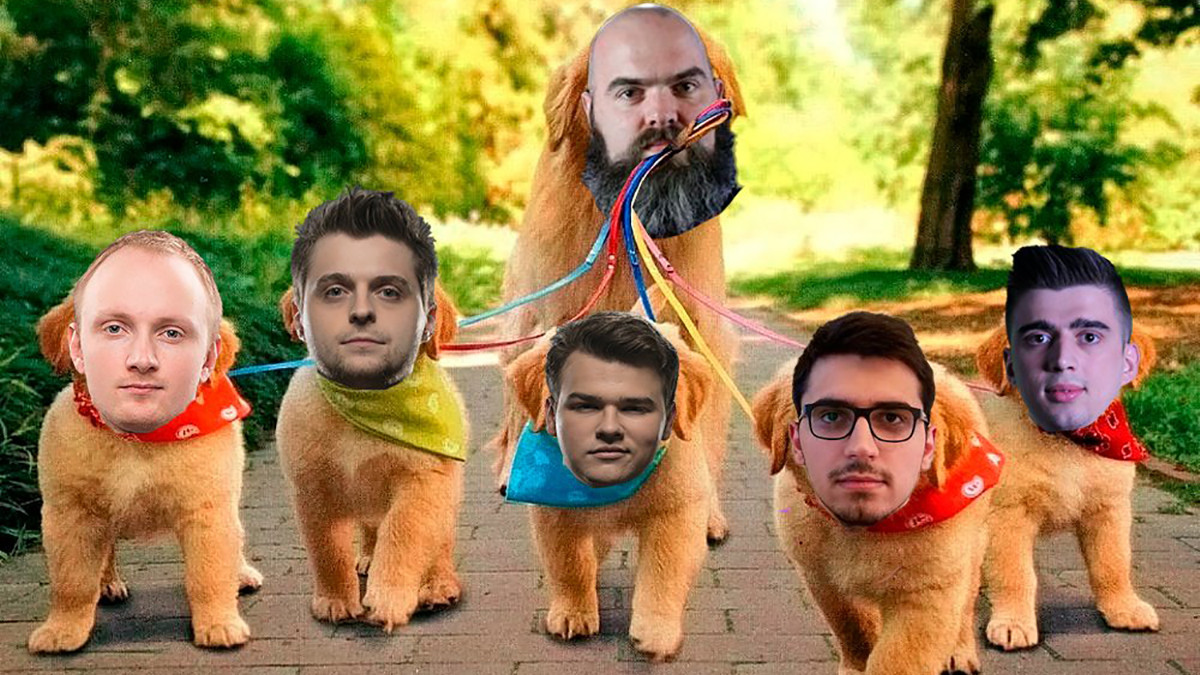 posted by Abelle,
Rasmus 'MiSeRy' Fillipsen's stack will no longer play as 5 Dogs in The International 2018 qualifiers. Last night, it was announced on buyback.gg that they'd been signed by BlinkPool.
ADVERTISING:
The artistic potential of calling the team 5 Dogs was obvious, but it's a bit more advantageous to have funding. Thanks to their new title sponsor, the team will play qualifiers together at a bootcamp, instead of from their various homes.

"I’m very pleased to announce our partnership with BlinkPool for the TI8 qualifiers. They will be providing for bootcamp costs and accommodation – and we will be playing under their name during the qualifier. The team and I are confident going in, but know that it will be difficult to go all the way."
- Misery

The squad stand a good chance of making it through open qualifiers but they'll have to hope that if fate brings them across any of the several quite tough opponents spread across the open qualifier bracket, that they'll be able to beat them. If they can get through opens, they'll have a friendlier format to get through in regionals but there's still just one slot in Vancouver open to an EU Qualifier team. The hard work starts now.