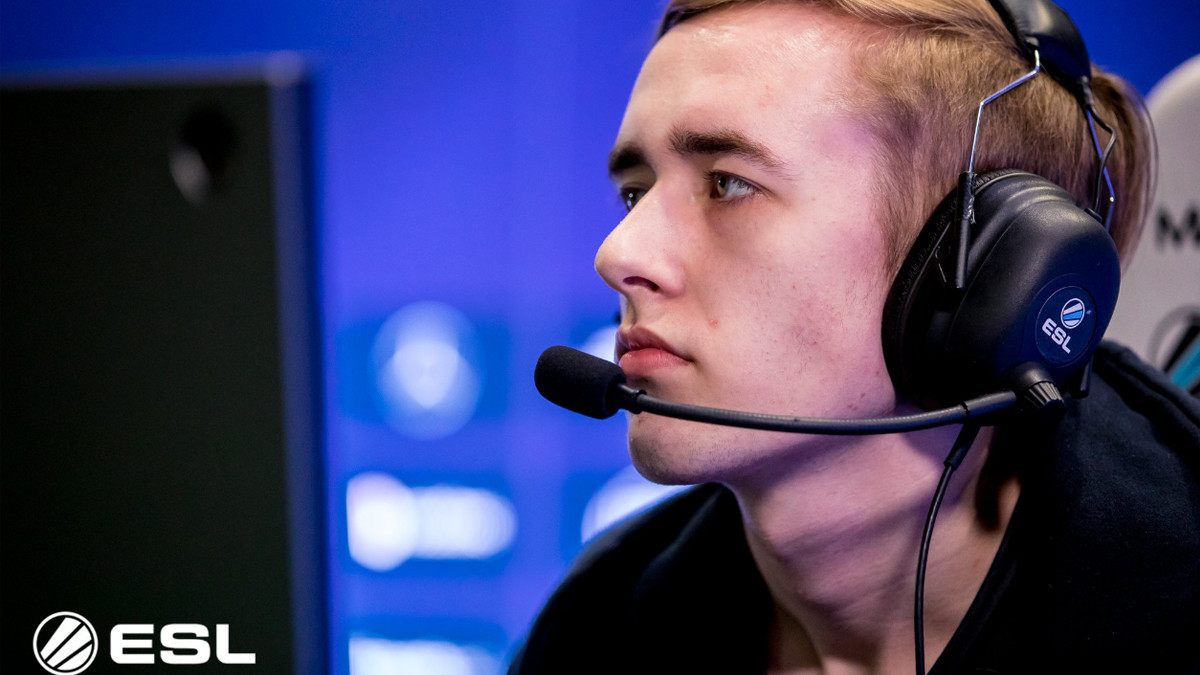 posted by Malystryx.GDS,
Quinn 'CCnC' Callahan spoke to joinDOTA ahead of the Birmingham Major Grand Finals, and he had quite a lot to say about a variety of topics, including VP's "bam bam bam" laning habits..
ADVERTISING:
Optic Gaming were generous enough to do press earlier this evening, following their 2-1 victory over Fnatic. I grabbed CCNC for a quick chat about today's semi-finals, the upcoming Grand Finals and everything in between.

Malystryx: You stomped in game 1 just now against Fnatic but what was going on Game 2? Mid lane looked tough.

Optic.CCNC: Yea, I knew the Nightstalker was just standing RIGHT there so I can't push the lane, Abed sitting there with his stupid Tidebringer denying all the creeps (laughs), and I know Batman is right there, waiting to kill me if I walk outside to go neutrals or walk back to my base.

I tried to get an invis Rubick gank but Kunkka got phase boots and gets the kill, and Nightstalker just stands right there getting a billion levels. I couldn't walk out in the lane because if I got X'd I'd die.

Malystryx: You came back strong for game 3, what were your highlights from that game (aside from winning of course)?

Optic.CCNC: Playing with Neta when he's on one of his fancy heroes is always fun because he just tells people what to do. 'Come here!', 'I want to do this!'. When he plays his Visage or his Lycan, it's nice to play with. He tells everyone what to do and we just do it, we listen, and we win. (smiles)

Malystryx: Your victory does mean that Fnatic can't get a direct invite to TI8. Did that ever enter your mind during the game?

Optic.CCNC: We knew the implications of the match beforehand but you can't really say 'let's go easy on them', I wish VP could do that to us though (laughs), that would be nice (smiles), but I don't think they will.

Malystryx: Peter said post-match you guys have got 3 chances to not get your asses kicked. Is facing VP that difficult?

Optic.CCNC: It's going to be very hard to beat VP, they're one of the best teams in the world. They're extremely good but I think we've kind of figured out a little more what we want to do.

VP is a team that just beats you into the ground in lanes and you just lose because you're 6K behind at 10 minutes. So we're going to try to not have that happen (smiles), and play dota games against them, put up a series instead of having bam bam bam in the laning phase. (laughs) 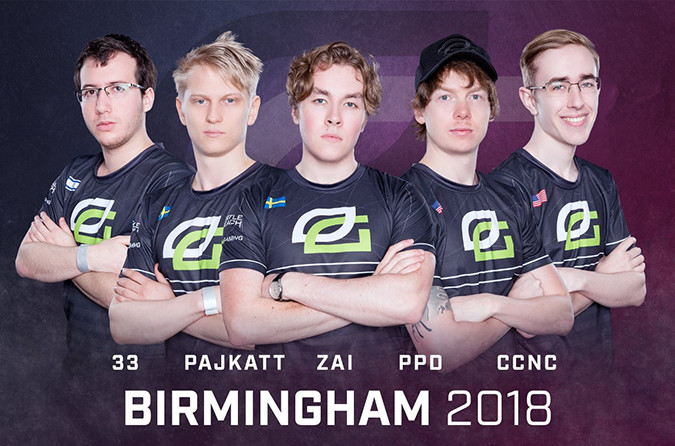 Malystryx: What's the biggest test of your mental strength in these situations?

Optic.CCNC: It sucks to lose quickly, but a lot of times when you lose really quickly you know it was because of draft, so you just move on. It's fine. But in regards to mental strength, you're playing against these players that you know are really good, you have a lot of respect for them, but there's a fine line between respecting someone and thinking that they're good and being afraid of them.

You have to think 'I know this guy is super good but I can't revere him, I can't let myself be afraid of him'. Those are the situations that require mental strength.

Malystryx: Who are the most fearsome mids you've faced?

Optic.CCNC: No[o]ne and Maybe obviously as they're from the two best teams. If we're talking about laning I'd probably add Arteezy or Sumail.

Malystryx: What were your highlights of the DPC so far?

Optic.CCNC: Winning the Minor was fun. Those last games when Neta got two games to play his heroes and tell people what to do. Yea I'd say the Minor.

Need more #OpTicDota?
If you're at #ESLOne Birmingham, our boys are having a signing at the ESL Booth on the concourse, go say hi! pic.twitter.com/lyanDXGEhU

Malystryx: Do you think if there was an NA Major this year, North American teams would have done better? Or is location not as big of a factor?

Optic.CCNC: The location matters in the sense that people rig the qualifiers. So for a Chinese LAN there might be 6 Chinese teams there because they have lots of qualifiers spots. There was one Summit this year and there were only 3 NA teams, 1 invite and 2 Regionals. (What about Captains Draft? That was also in NA) Well that's a bit different, it's kind of a real tournament, it had DPC points but it's not the same. It makes a difference to qualifiers, which are a bit of a mess at the moment.

Malystryx: What's your verdict on other formats or gamemodes. Are you up for playing in tournaments that are more designed towards entertaining viewers?

Optic.CCNC: I'm all for these fun tournaments. I'm a big fan of Midas Mode. Whether those tournaments should have DPC Points attached to them? That's a different argument. I'm not siding with either side but I don't think you should have a Major that's a goofy mode, I think a Minor with a goofy mode is fine. Maybe not Midas Mode though (laughs), that would be a little too far. Captains Draft Minor would be fine, I'm not good at the mode but i think it's fun for fans.

Malystryx: What did you like so much about Midas Mode?

Optic.CCNC: You know you just kind of chill and do some clowny stuff and everyone tries but just kind of trying, but they still want to win. The challenges were fun. It's kind of like an all-star game but everybody tries more and there's a force pushing you to do goofy stuff while also trying.

Malystryx: This year has been your breakthrough year. Do you think your reputation has changed?

Optic.CCNC: I don't really know whether people's opinion of me has changed. I think I'm getting better at being nicer in pubs, it's a work in progress. As far as how I am as a player I don't really care what anyone thinks. I'd say I've becoming a better team-mate in the last year and a better person in pub games. 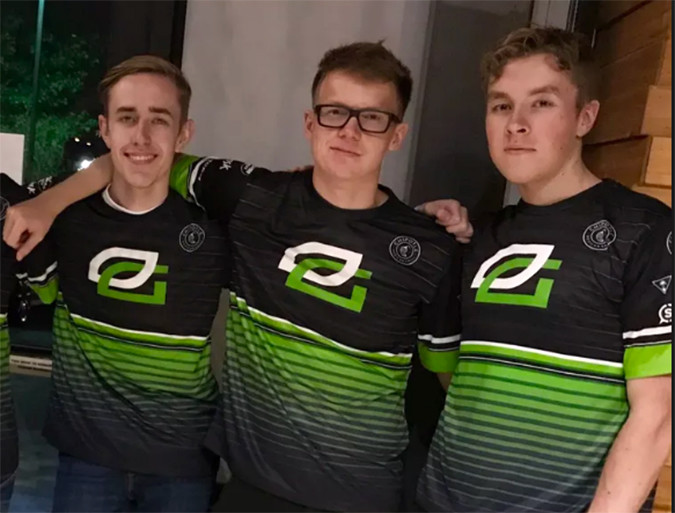 Malystryx: How do you become a better team-mate?

Optic.CCNC: You kind of learn when speaking is appropriate. Even if you think you're right or sometimes you think what you have to say is useful, sometimes it's better not to say it because of the whole 'too many cooks in the kitchen'. People talk about that a lot but it is very relevant in a lot of scenarios, where you have a lot of people with a lot of strong opinions, everyone thinks they're right, that's just how humans are.

Not everyone can express their opinion if it's in contrast. Sometimes you have to say 'okay maybe this isn't the best but I'm going to play it'. I'm not going to say this hero is good or bad, I'm just going to go with the flow on this. These people think it's the right choice and it's not worth it, it's not worth the time butting heads with seven people trying to say Wisp is not good (laughs). I've learned that over the course of playing with Optic.

Optic.CCNC: I really hope we have some good games. I hope we don't get "hooped" in the lanes and we get to play some Dota. I think we can compete against them, for sure. We'll see how the drafts go and hopefully we don't get on the backfoot. Whatever happens, happens. If we got a direct invite to TI obviously that would be SUPER nice, but if we don't we'll just play the qualifiers and hope there is plenty of slots and we'll do our best.