AdmiralBulldog: 'I definitely want to go to TI' 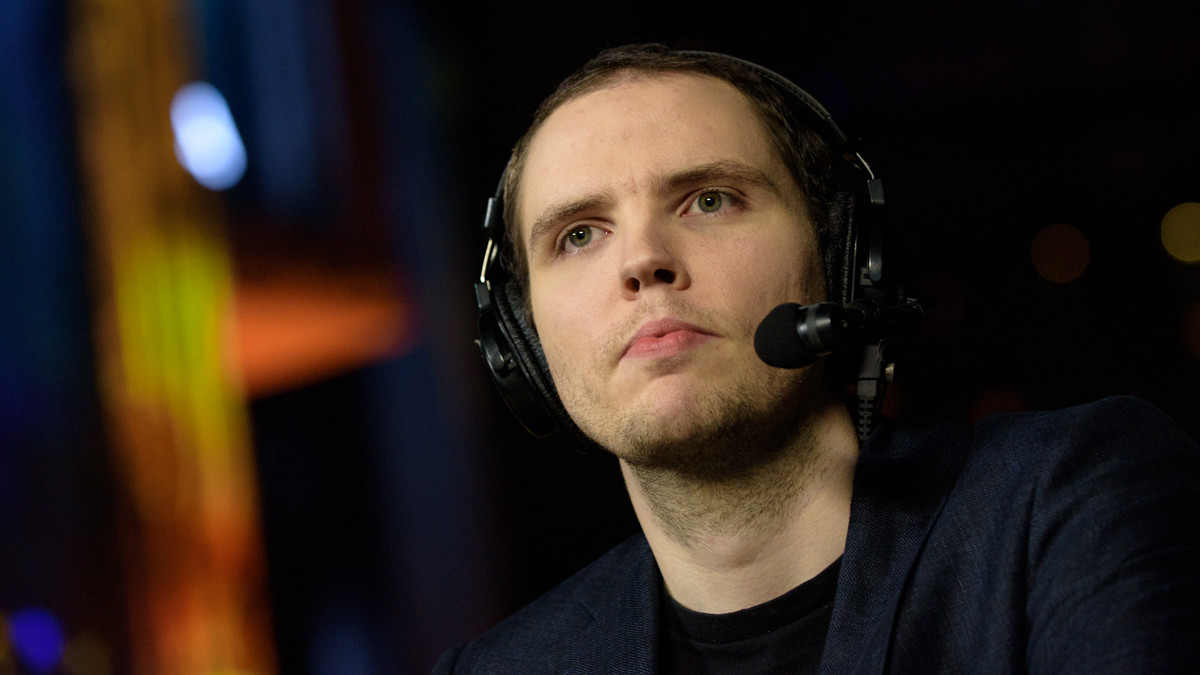 posted by Malystryx.GDS,
AdmiralBulldog spoke to joinDOTA about TI, Kyle flames, high expectations and his lifestyle change at the EPICENTER XL Major in Moscow. The charming AdmiralBulldog was kind enough to speak to joinDOTA during one of his breaks at the Major, so special shoutout to the Tea Eye Winner himself.

Malystryx: Hello Henrik! Based on how this event went, how do you feel about the fact you missed out on TI last summer?

AdmiralBulldog: Honestly I don't think I would have done that good at TI7, I think it's better I get a little more warm-up. It's just the way I am, I'm a little bit awkward around people I'm not going to lie, and especially first day I was pretty nervous and it showed. I got pretty confident as the day went on and second day I felt a lot better. Casting is a lot of fun as well, I'm new to this I'll get better. It's not the best thing to start at TI.

Malystryx: What about the panel was so nerve-wracking? you've been on camera and on stage before.

AdmiralBulldog:People just have high expectations and it's also that English is my second language and I'm sitting with people, An Australian and Two Americans, so they can speak and articulate themselves better. I don't know if I could do as well and express myself as well. Also I knew Kyle was going to give some banter (laughs). I got used to it.

Malystryx: I quite enjoyed the Kyle banter...

AdmiralBulldog: Yea, I was prepared for it a little bit, it just comes naturally. I just say NA pretty much and that's the end of the argument. It's fun when you have some banter so it doesn't get too stiff.

Malystryx:You got more relaxed end of Day 1 and then you did those great casts with ODPixel on Day 2. Which do you prefer, analyst or caster?

AdmiralBulldog: I definitely prefer casting, something I enjoy a lot more, because I don't know how good I am being on a panel. I'm not that good at analysing things, I get the pro player perspective though. As I said on the panel I wasn't really the brains behind Alliance, of course I have some insight but casting is easier and it's better for me I think. 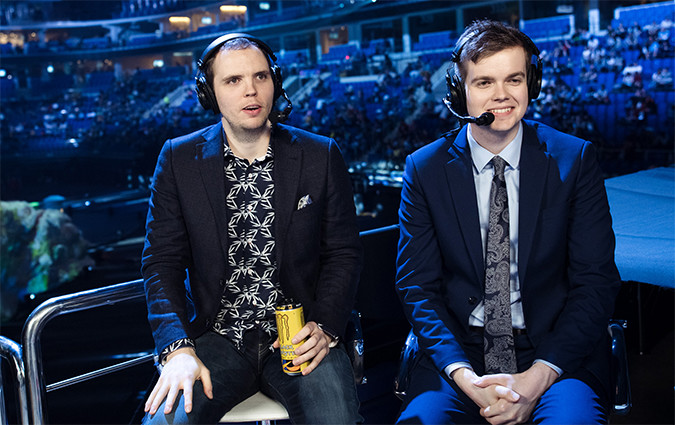 Malystryx: What would you hope is your contribution to the panel? Analysis or humour?

AdmiralBulldog: I'd like a little bit of both honestly. If you take someone like Capitalist or Godz, they can do their thing really well and they're a bit more serious, but that's not what people expect of me. I kind of want to be a little bit more light-hearted, I can get some laughs here and there sometimes even if it's just 'just win LUL' and that kind of thing. (laughs)

Malystryx: What have you enjoyed most about EPICENTER?

AdmiralBulldog: Probably the casting because the games were great. Also being on the panel was good, I really enjoyed being on the panel for OG versus Liquid. I know the teams pretty well but when it was LGD vs Liquid, I'm not very familiar with LGD. It's a big difference when you know about the teams, and I didn't prepare that much I'm not going to lie. I'm pretty lazy (laughs), I just looked up their drafts.

Malystryx: What was the response from your devoted Bulldog twitch stream fans?

AdmiralBulldog: It's been pretty positive, it was fair they were rough on me because Day One I was pretty bad I would say.

Malystryx: Can you see yourself casting or panelling more?

AdmiralBulldog: It's something I want to try because I want to get a little bit more involved in Dota. For the past 2 years I've just been sitting home streaming, day in and day out. It's the same stuff everyday and I thought it would be fun to get out and try something. I wasn't sure if I would be good at it but I'm here testing it out. I'll probably try one more event after this I think, and I'll decide if I want to do it more or not. I definitely want to go to TI though. It would be really nice if I could get invited to that, be on the panel or whatever, cast. (smiles) 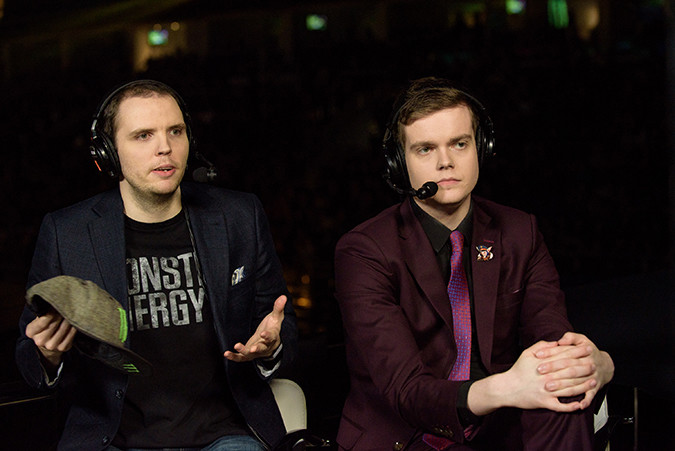 Malystryx: Your appearance has changed quite a lot. Some people have been surprised by it.

AdmiralBulldog: Yea, there were many reasons I quit playing professionally, and one reason was my health. When I travelled I didn't have good control of food, I love food and I just eat whatever I come in contact with. I used to tell myself 'okay i'll get in control when I get home'. It would make more sense if I did it when I was travelling, I won't eat as much and keep control, but it was either do it properly with everything in order, or I wouldn't do it all. If I can't do it in a controlled way I just go HAM, I'm just surrounded by junk food and processed shit so I'm like 'aaa fuck it' and go ham, and it turns out it makes you fat (laughs). Now that I've been home for a while I've changed that.

The first great thing to have when you play video games is dogs. I have two dogs and I walk them three times a day. That's pretty healthy and gets me out every morning and every evening. After I stream getting in the 10,000 steps is pretty nice, I would recommend that to every gamer. Gaming is awesome but it has some downsides, like you sit all day and so on. I also have a home gym in my garage.

AdmiralBulldog: Nah I don't do sports. I barely go outside to be honest (laughs).

Malystryx: Do you still visit joinDOTA? What do you think about our new website?

AdmiralBulldog: Yea, joinDOTA is actually the website I use it all the time to look at games and so on. The new website was a bit rough at the start but I'm getting used to it. I feel it's like most things, everyone prefers the old stuff because you're used to it. I remember when Dota came out with a new UI and everyone was like 'this is so trash' but now they improved it a little bit and it's super good. I'm sure it will grow on me. 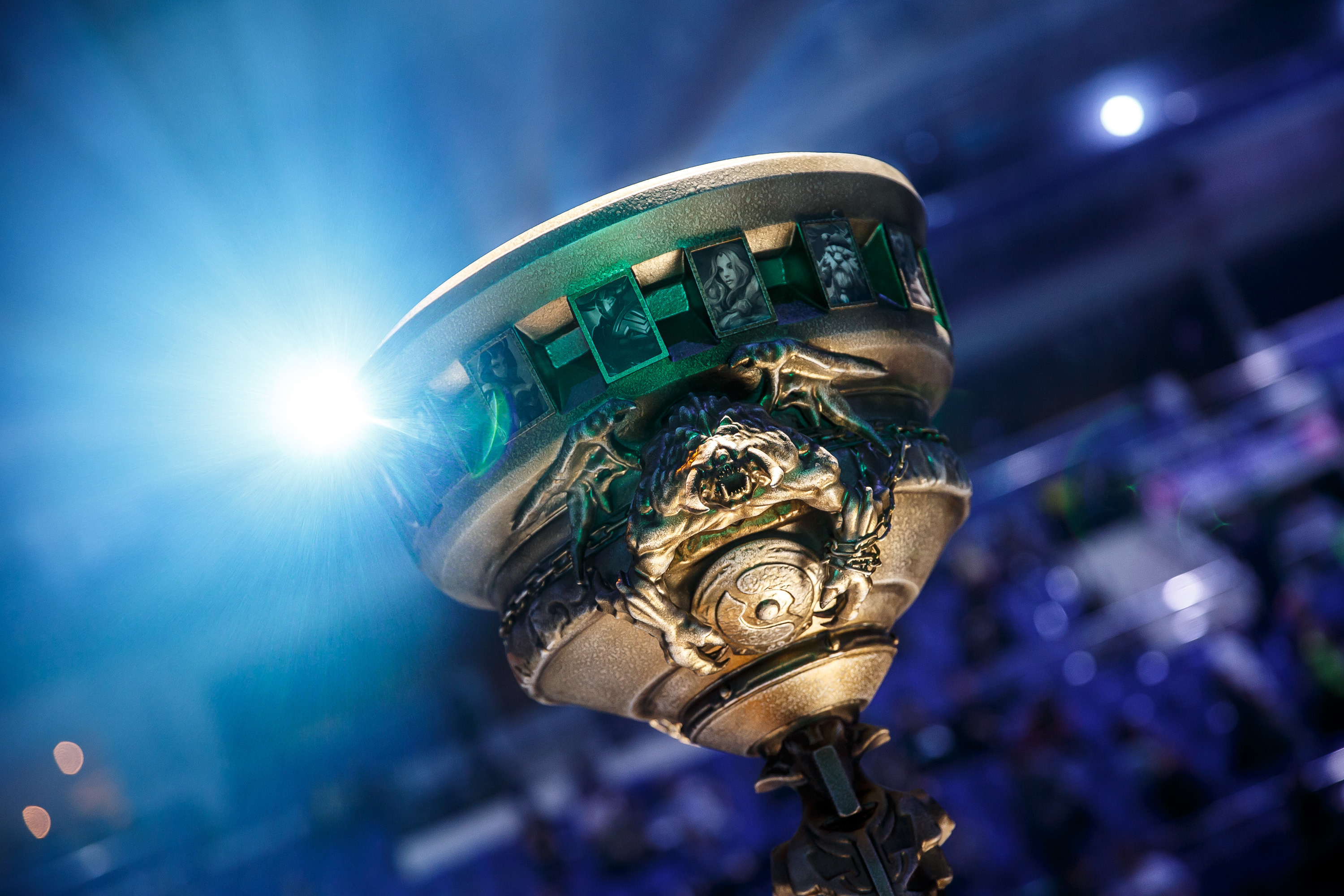 Malystryx: When we launched the new site I did an article on joinDOTA called Dotastruck4, where I picked the four most influential people in Dota 2 history. Was wondering who you would pick?

AdmiralBulldog: Yea I read that one on stream actually. I think you said EternalEnvy, Dendi, Puppey and... PPD. Most influential.. I think your list is pretty fair, I would probably add Arteezy there. When Arteezy streams people watch his stream and start behaving like him in chat. He'll say some line and then people start using it, like 'I'm out' and stuff like that. He creates stuff in Dota, a big influencer I would say. I would agree with your four, I wouldn't want to remove anyone I'd just add Arteezy.

Malystryx: One of my friends called Lewbot put you in his list of 4 most influential players because you were the first player teams had to draft specifically to beat. How do you feel about being considered influential?

AdmiralBulldog: I definitely should be number 1 on that list to be honest because I play certain heroes on my stream then all the pro players starting playing them. I played Bane support then everyone did it, I played QOP, I bought Basher on Gyro then Mushi does it. Aghs on Gyro then everyone does it. I create waves, I couldn't get into TI, so they changed the location, so I'm pretty influential I would say (laughs).

Malystryx: Going back to your EPICENTER XL appearance, did you read the Reddit threads about you?

AdmiralBulldog: Not for the first day because I knew I did awful so I don't want to read that. (laughs) So I already knew what it was going to be, I don't know if it's the best feedback anyway. English is a barrier but it depends what kind of analyst you are. I'm not like Capitalist or Godz for example, they're like serious analysts. I don't think my English is as important to be like them.

I did read a little later on and I'd like to thank everyone who supported me though. This is something I'm new at and I'll only get better, and take feedback to get better. I just think I can get better.

Malystryx: Final question, what was your favourite burn you gave on the panel?

AdmiralBulldog: Mmm, Maybe telling Kyle what it feels like to win because he's not won a lot in Dota. He's pretty salty about that, it was pretty good.

Malystryx: In the end he begged you guys to stop.