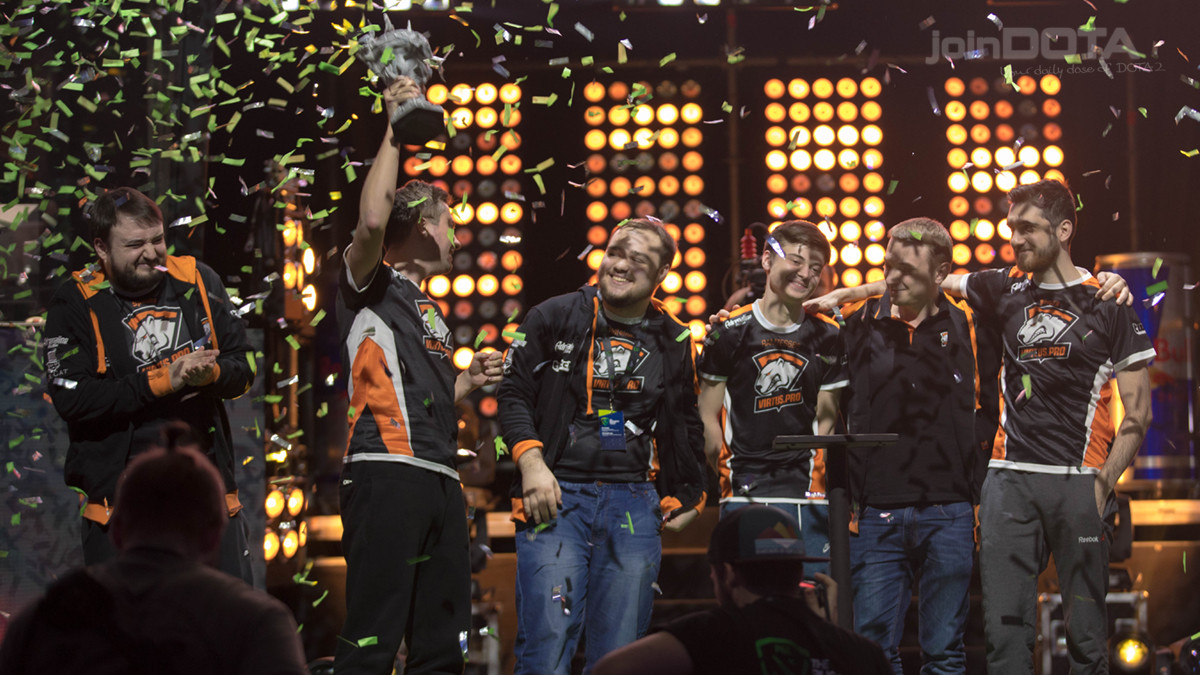 Virtus.pro have secured their third Major victory this season after an overwhelmingly dominant 3-0 victory over underdogs

Just like Jack said on the pre-match panel, VGJ.Thunder went for a draft they were comfortable with. They picked up Sylar's Luna, which had won two games for them so far. However, he was unable to stand his ground against Vladimir 'no[o]ne' Minenko's Gyrocopter. Aleksey 'Solo' Berezin also got his hands on a comfort hero - his signature Disruptor, who made some incredibly clutch Glimpse plays throughout the game, assisted by Vladimir 'RodjER' Nikogosyan's Tusk granting vision with Ice Shards or Snowball.

VGJ.T found themselves on the back foot very quickly thanks to on-point rotations by VP's supports. The Chinese squad were always one step behind, and Virtus.pro took advantage and put together a solid early lead. The one-sided game ended with VP's 30 kills to VGJ.T's 10 after just 27 minutes.

Virtus.pro's last pick Morphling for Roman 'RAMZES666' Kushnarev was the one that did work in their Game 2 stomp of VGJ.T. The Chinese side had banned Gyrocopter and picked Disruptor to keep it away from Solo, but who needs Disruptor on your team when you've got Morphling?

It was another stomp for the CIS squad. Zhou 'Yang' Haiyang managed to snag a few big kills for his team with Pugna but they weren't enough to keep them in the game. VGJ lasted just a couple minutes longer than the first game, calling GG after a devastating team fight outside their base around the 28-minute mark.

Speaking of big last-picks, have you heard of a hero called Broodmother? RAMZES has, and he was VP's weapon of choice in the third and final dominant win of this Grand Final series. Since it was the final pick of the draft, VGJ.T had to improvise. They put Yang's Batrider in the midlane against the Brood, but with only Firefly to defend himself against the army of spiderlings he was an easy target.

The game wasn't entirely as one-sided as the previous two. VGJ.T took a couple of fights around the 15 and 25-minute marks that looked capable of turning things in their favour, but VP always recovered too quickly for VGJ.T to take advantage. The final fight started after a missed initiation from VP but even with Exorcism and Eclipse cast, VGJ.T couldn't secure a single kill as Virtus.pro wiped them out.

The win continues Virtus.pro's domination of the Dota Pro Circuit. They have widened their lead at the top of the DPC points chart and given themselves an insane amount of momentum heading into these final months leading up to The International 8. 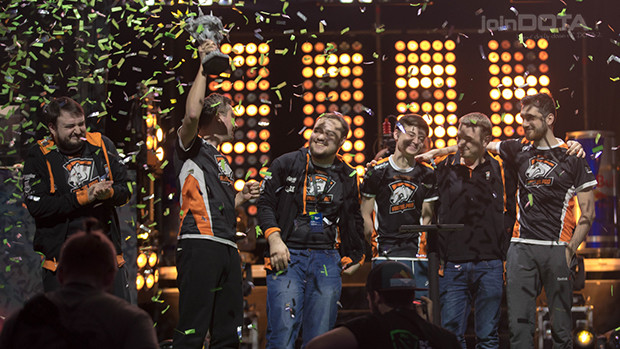