Aui_2000: I’ve been feeling a lot more recharged and ready to play 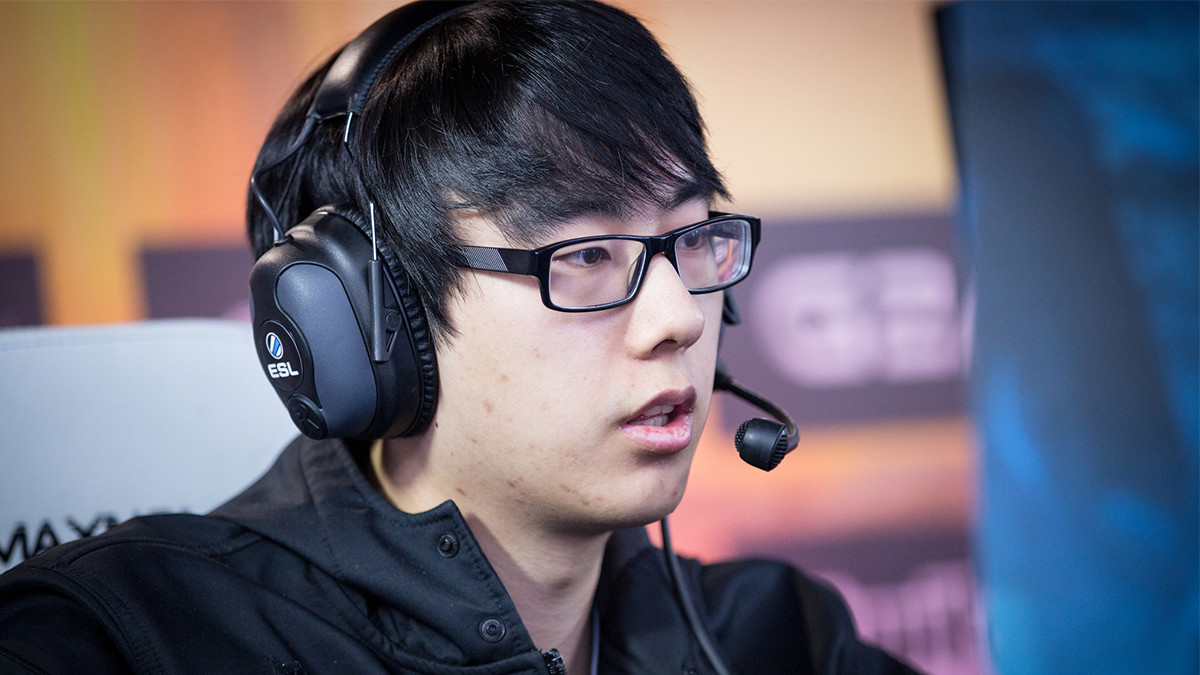 posted by Vaalia,
One of our top ranked free agents heading into 2018, Kurtis 'Aui_2000' Ling has found a home! Competing on

Digital Chaos with the former roster of Animal Planet, Aui shared his fresh perspective on the community, competitive play and his new team with joinDOTA.
ADVERTISING:
Canada isn’t known for its professional esports scene- Why did you choose to pursue competitive StarCraft, then Dota?

I didn’t really choose to pursue competitive gaming until I joined Dignitas following TI3. It was just something that organically happened. I declined small sponsorship offers to send me to play MLGs in SC2 because it didn’t seem worth it to me – the lans were far away and relatively expensive. Hopefully Iceberg and us can help grow the community in a way where pursuing esports passion can be a more viable option in Canada.

Animal Planet, now Iceberg, is Canadian-dominant. How does it feel to have a team with the majority of its players from your home country?

NP was also Canadian dominant in its first iteration with Theeban, Envy, and myself. It’s nice, but I think it’s different than having all five players from Sweden for Alliance when they wanted to communicate in Swedish. I’ve never experienced a language barrier problem and, while I really like Canada, I’m not really one for nationalism; however, I think the idea of having a prominent Canadian esports team/organization that will help foster growth in the local community is exciting. I’ve always been a big proponent of collegiate leagues and local lans.

Iceberg Esports has the unique trait of being a Canadian organization. How did that play into your team’s decision to play under their banners?

It honestly didn’t. We looked at our offers from different sponsors and Iceberg gave us the best deal. Being a Canadian organization is more of an added bonus type of deal.

What does Iceberg offer the team that other organizations couldn’t?

I think we’ve progressed to the point in esports where you don’t have to look at sponsors and say, “this sponsor will give us x, but this other sponsor will provide y.” What Iceberg will provide us with is full support from an organization that wants to grow with us.

What are the goals of the team moving forward?

To grow together into a team that will challenge for Minor and Major wins.

Did your experience with EG affect how you looked for teams?

I’m sure all my past experiences have affected my outlook on how I want to build a team and who I want to play with.

The months since C9 disbanded after TI7 have been your longest break from the pro scene since winning TI5. Did you feel that was something you needed- has it helped you to come back stronger?

Yes, I think the break was needed. Honestly, I should have taken a few months break after TI5. I don’t think I’ve been able to enjoy or learn Dota in the same way in the past two years. Fortunately, as of late I’ve been feeling a lot more recharged and ready to play.

What is your greatest motivator to play?

What do you think are traits of a good team leader?

I think a good team captain and leader is someone who will take everyone’s ideas, cut out the excess, and mold them into their own cohesive plan.

If you could see one thing change in the Dota 2 community, what would it be?

I wish the community would be a bit more positive and looking to grow. I feel like one of the coolest parts of esports is its organic roots; the professionals are oftentimes people who were from the same communities or are directly engaged in the community while playing. You don’t really get to make a post in a random tennis forum and have a high chance that Federer will read it.

But, instead of utilizing this potential positive, I feel like it’s so hard for pros to participate in a community where if you say one thing people disagree with they’ll try their best to make you feel bad, instead of trying to help you communicate your ideas. They’re like the people in dota where you make one small mistake and they just run down mid and break their items.

I think Dota is the best game out there, but whenever I read about Dota elsewhere, people always talk about how hard it is to get into, not only because of the complexity and difficulty of the game (which, to be fair, is probably one of the highest), but because of the community. I’d just like to change everyone to at least try to be a bit nicer.

That said, there are some great community members out there and I’d like to thank them for that. Honestly, the majority are great, it’s just hard to deal with some of the loud ones.