All eight of the Captains Draft 4.0 welcome letters 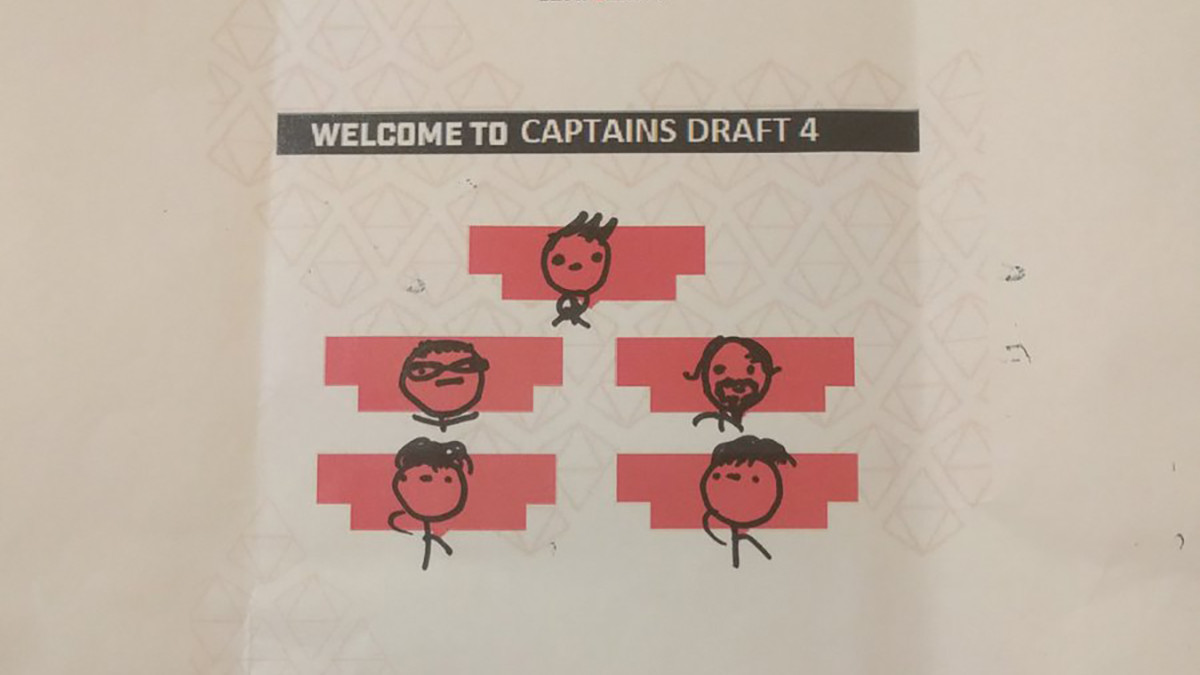 posted by Abelle,
Teams have arrived in Washington D.C. for Captains Draft Season 4 and they've been welcomed to the event by lovingly written welcome letters from SirActionSlacks himself.
ADVERTISING:

The letters are based on much more serious welcome letters from ESL One Hamburg 2017 which gave a summary of that team's season so far and some words of encouragement for the upcoming event. In true Moonduck/Dota Cinema/SirActionSlacks style, the Captains Draft versions throw all that out the window, opting instead for the danker end of the spectrum. 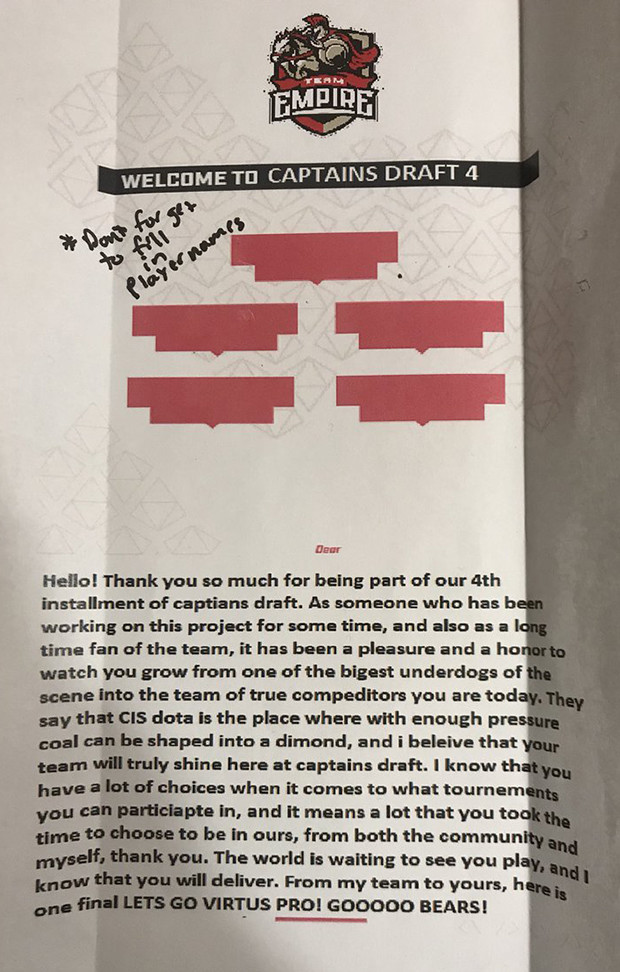 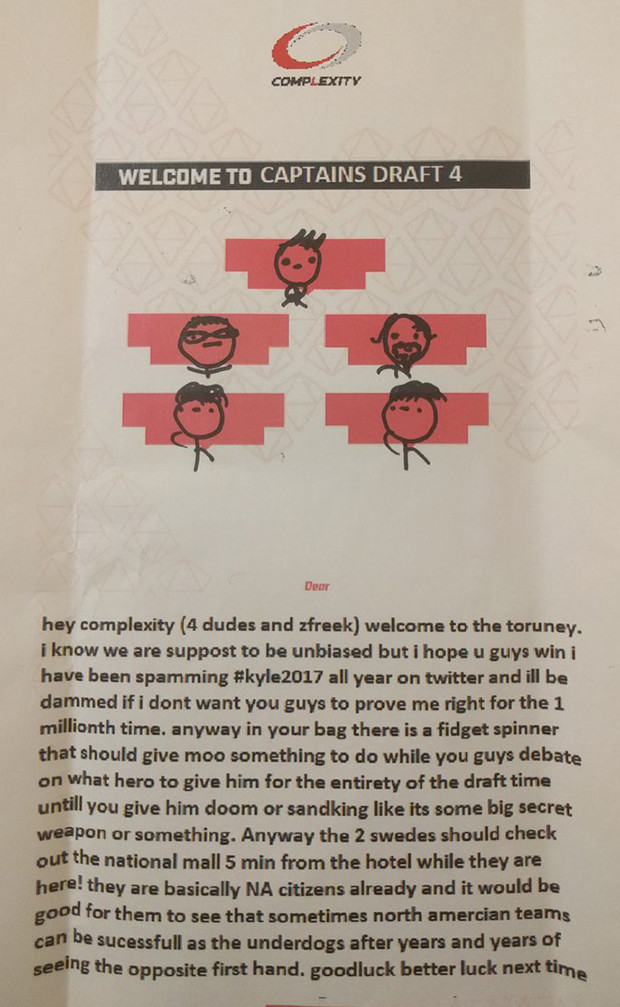 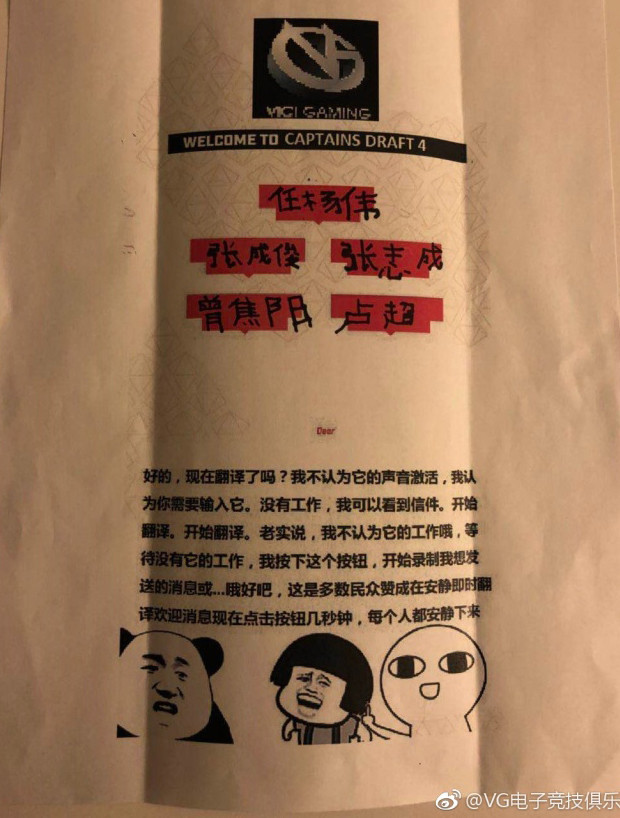 This one was posted to reddit by /u/Ericzhr. A rough translation by /u/ethanolenvy reads:

"Ok, is it translated now? I don't think it is voice activated, I think you need to enter it. Not working, I can see the message. Starting translation. Starting translation. TBH, I don't think it works :o, wait no it works. I press this button. Start to record what I want to say or... ok... Most people agree that you need to press the button for a few sec when it is quiet. Everyone keep quiet." 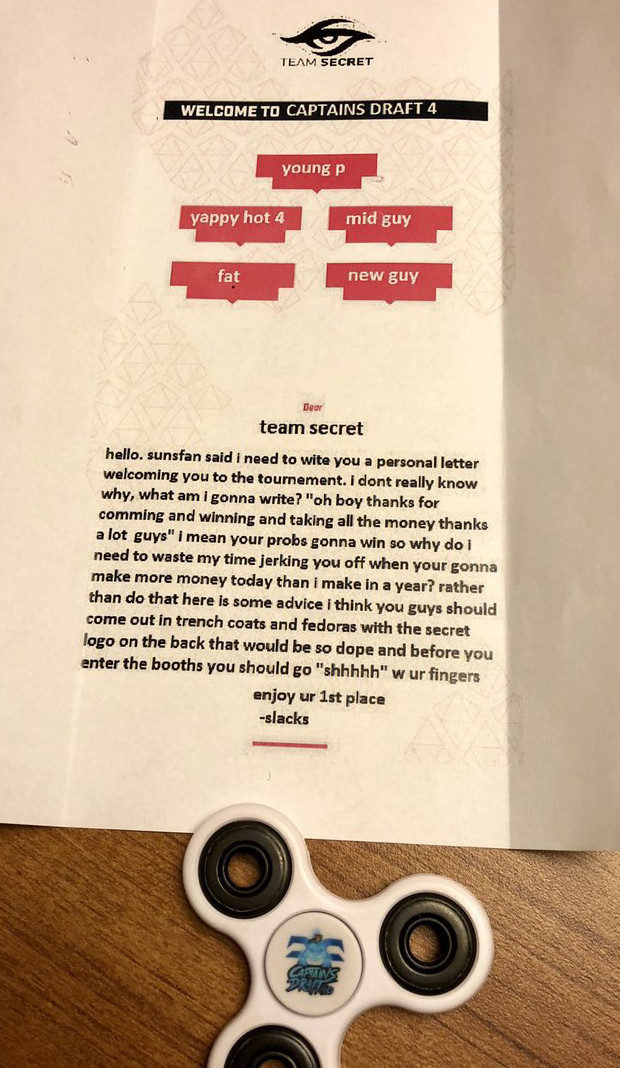 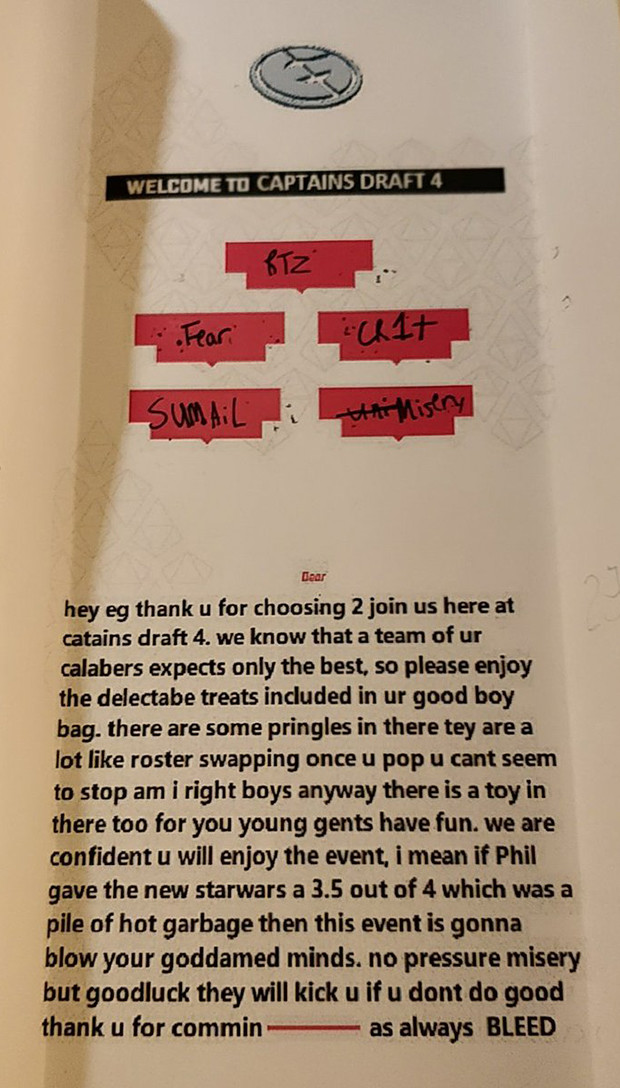 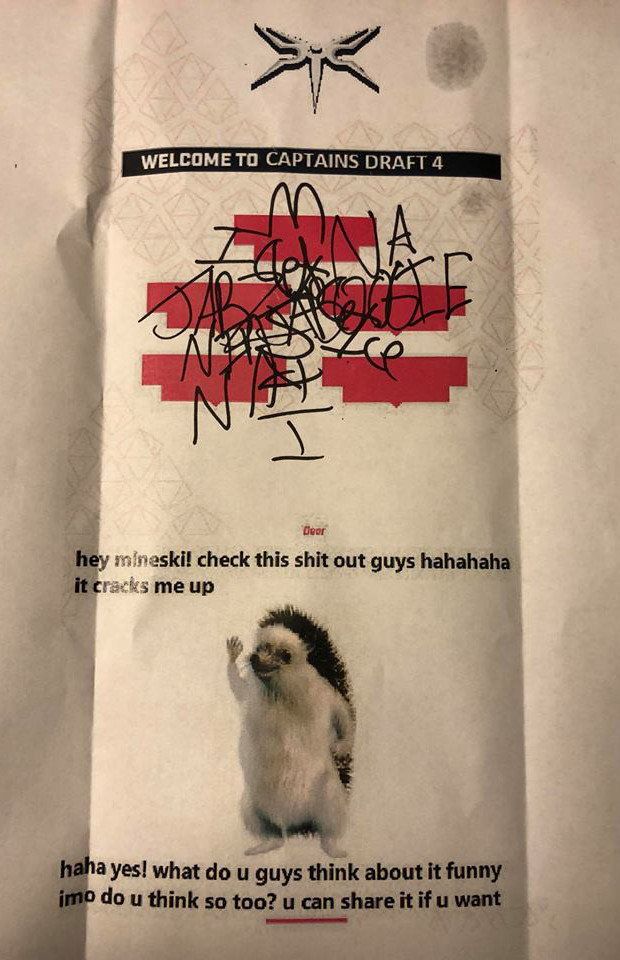 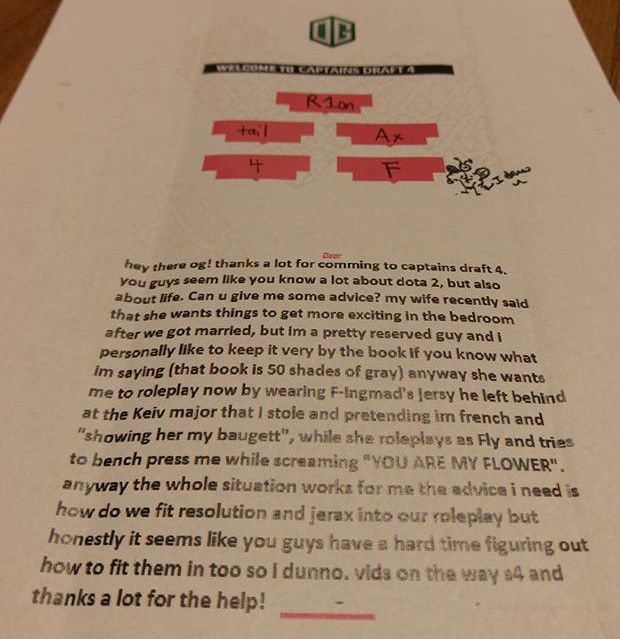