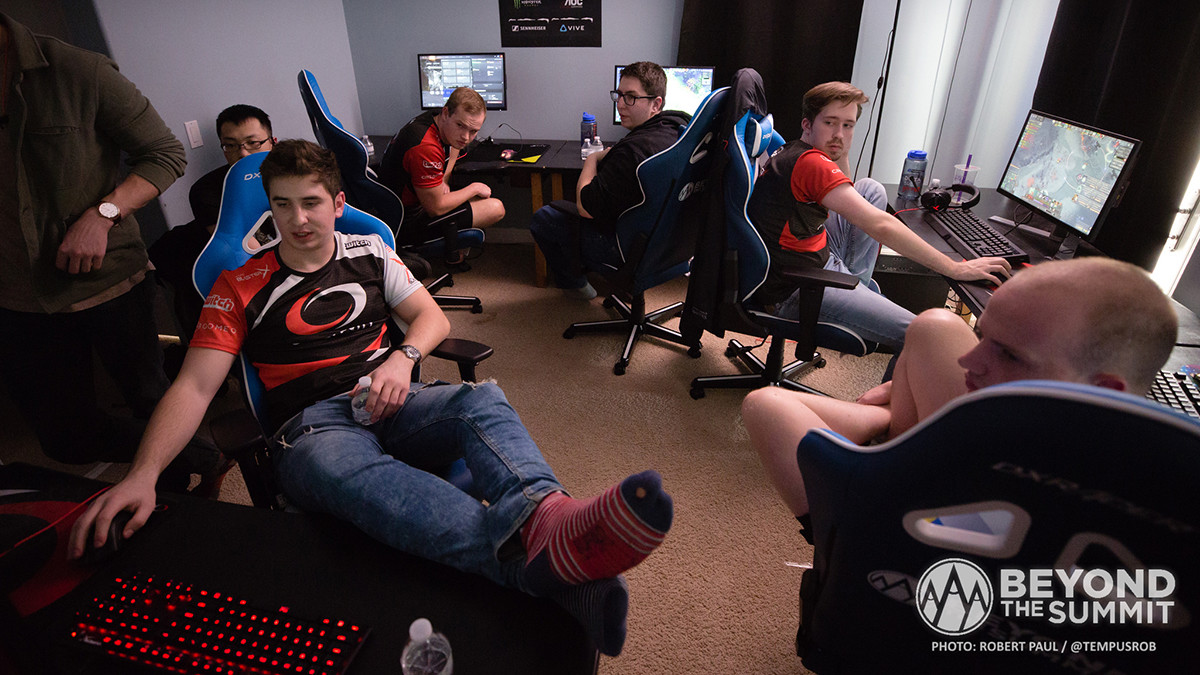 posted by Abelle,
Another day of the DOTA Summit 8 group stage is behind us and just one day remains before the playoffs. Things aren't looking good for

Sacred but either team could decide

Group B wrapped up last night with the final match between

compLexity Gaming. Both teams came into the match with just one win to their names, but EG got the upper hand in the three-game series and secured themselves second place in the group.

This means that EG are guaranteed to play in the Wild Card round, but compLexity will only play as the fourth team in the Wild Card if both Sacred and LGD fail to secure two or more wins in their final matches tonight. Both of those teams have played one of their two group stage matches but were shut out 3-0 by their opponents. The final Wild Card slot goes to the best 3rd place team out of the three groups, so if LGD or Sacred manage to beat tonight's opponent 3-0, coL would be out of the Summit.

We were treated to some very enjoyable Dota 2 last night, enhanced by yet another OG casting couch for EG versus compLexity. As always, OG's insights balanced beautifully with the memes.

OpTic Gaming hold on to their lead in Group C, but

Fnatic managed an impressive performance to win two games in their series together. This means Fnatic could potentially surpass OpTic tonight if they can shut out LGD.

There are plenty of opportunities for tiebreakers as well, and BTS have allowed for the possibility in their schedule, which means no ties should be broken via previous head-to-head matchups. Depending on how things go, we could be in for a longer than usual day of matches tonight.