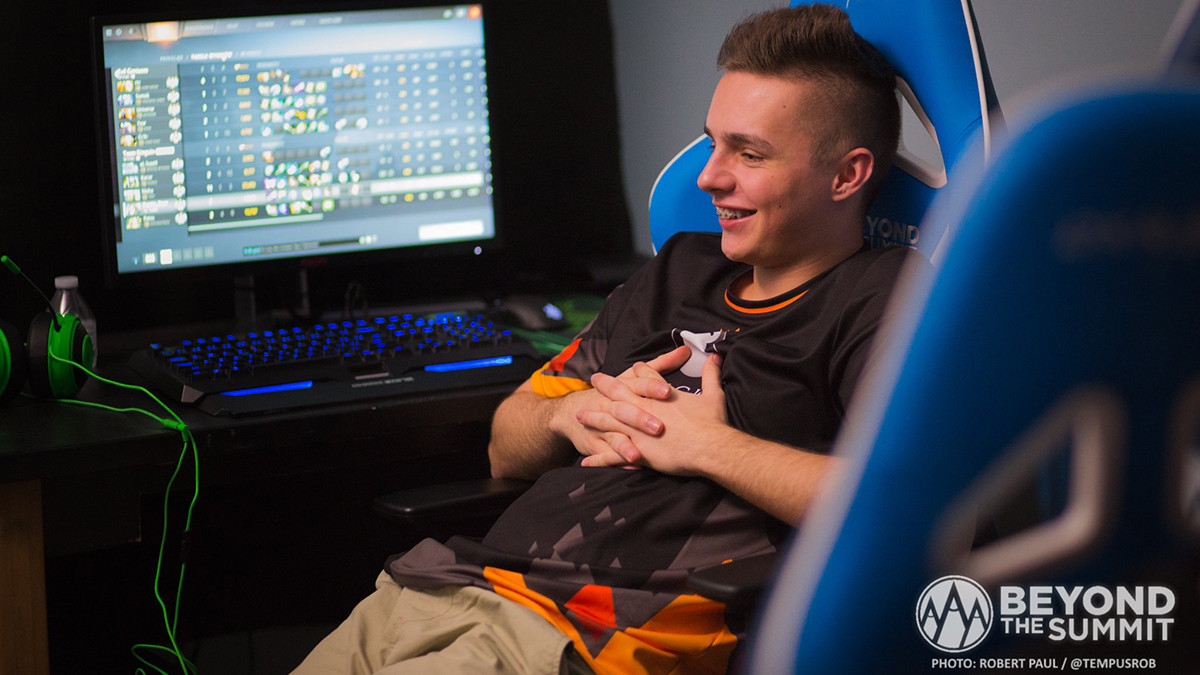 Team Kinguin were the only team at DOTA Summit 8 with more than one three-game series to play on Day 1. The European qualifier squad pulled off a feat few might have predicted — four wins, and an early lead.
ADVERTISING:

Sacred was the odd match out, and the only Group A match of the day. Today and tomorrow we'll have three more matches each.

There's no sugar coating it: VP vs Sacred was a very one-sided affair. As

Johan 'BigDaddyN0tail' Sundstein mentioned in his cast, VP have a tendency to lose focus after the early game (sometimes going so far as to throw) but this was not the case yesterday. VP maintained control and took all three wins in their first series, giving them a strong early lead in Group A.


NA goes down in flames

compLexity Gaming were tasked with facing Team Kinguin, but neither of them could take more than a single win against the EU squad. Kinguin's drafts were fairly diverse but they tended to favour Shadow Shaman, Tidehunter and Tiny where they could. In the one game where they first-picked both Shaman and Tide and took Tiny in the second phase, they were stomped by EG.

While the teams battled it out, another war was waged on the Summit couch: a flame war. The couch had many pro player visitors despite it being just the first day, and they all took their turn roasting and being roasted.

Kyle 'Kyle' Freedman was a popular target, as usual.

While many new flames were thrown, one long-burning one was doused:

Brian 'BananaSlamJamma' Canavan recalled a time during which they refused to talk with each other after a certain odd choice of item in a pub game long ago. At Kyle's suggestion, they smothered the embers of their rage in a heartwarming hug. Awwww.