Solo to sit out the remainder of 2017

Ivan 'Artstyle' Antonov in his place in upcoming events.
ADVERTISING: 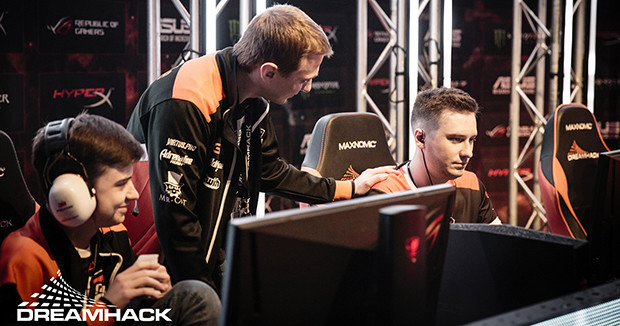 Virtus.pro posted the announcement to their vk page and later to Twitter, including a short video featuring their General Manager Roman Dvoryankin. Cybersport.com have also reported on the story and included a quote, apparently from Dvoryankin:

"The last few months have been quite eventful for our team. After the end of The International 2017 our team had a two-week vacation.

Then they moved to a bootcamp where they lived for 3 months if we leave tournament dates out.

A lot of official and practice matches were played throughout this period and it couldn't but take a toll on physical and emotional state of the players.

So, after the end of this major Alexei "Solo" Berezin and I decided that it's in the best interest of the team to play with ArtStyle instead of Alexei in Macau and LA."

This change comes after VP's disappointing early elimination from the DreamLeague Season 8 Major, where they lost 2-0 to

Evil Geniuses and finished 5th-6th. Virtus.pro have already qualified for both the Mars Media Dota 2 League: Macau and DOTA Summit 8 Minors, which are referenced in the quote from Dvoryankin.