posted by Abelle,
Despite no official roster announcement from the organization, we now know the roster of Digital Chaos' South American squad from their first match together, in BTS' King's Cup.
ADVERTISING: 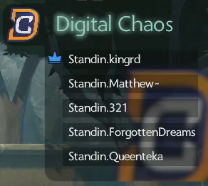 The roster, as seen on stream last night.

It turns out that the original leaked roster wasn't too far off the mark, though the inclusion of

Dominik 'Black^' Reitmeier was the one thing that turned out to be incorrect. The team is made up of four South Americans, but the fifth player in last night's match was

Yawar 'YawaR' Hassan. In the roster screenshot, 321 is hFn and ForgottenDreams is YawaR.

According to the panel on King's Cup last night, YawaR may or may not be the actual fifth member of the team.

SG e-sports. Kingteka and Matthew are from the former, while hFn and KINGRD the latter. Both former SG e-sports players were part of that squad's impressive run at The Kiev Major. 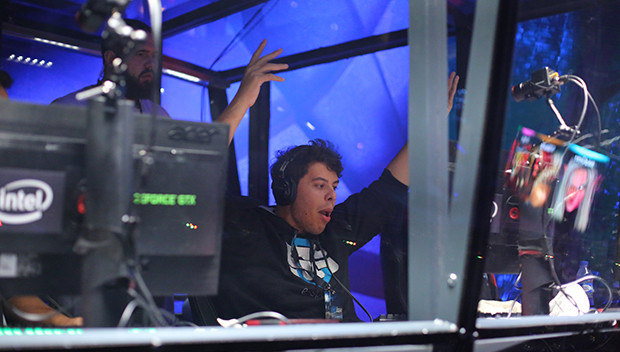 The team's first official match together was played last night on the opening day of BeyondtheSummit's King's Cup. They faced

Iceberg Esports*, a new NA Dota stack. DC.SA put up more of a fight in the first game, but the series was fairly one-sided for Iceberg. We'll have to wait and see whether this new Digital Chaos will gel.