posted by Abelle,
CDEC were only a Wild Card team The International 5 when they took 2nd place, but they’ve fallen behind in the Chinese scene as other teams have risen up. Now, the ROG Masters Chinese regional finals at ChinaJoy will give them a chance to build back up again.
ADVERTISING:

You may have thought that with DreamLeague behind us, there’s no Dota 2 action until The International, but that’s not quite right. This weekend, the ROG Masters 2017 Chinese regional finals will take place at ChinaJoy July 29th and 30th.

Four teams were directly invited to the event. They are:

If you haven’t been watching much Chinese Dota lately, CDEC may seem like a long-forgotten team, languishing at the bottom of the ranks without a LAN to their name. You’d be partially right, as CDEC haven’t made it to a LAN since forming their current roster in the post-TI6 shuffle, but that doesn’t mean they’ve been entirely dormant.

CDEC tried to keep top level talent in the team after their TI5 success, but the road to TI6 was a rough one. After taking 5th-6th at The Frankfurt Major with their TI5 roster, they took a nosedive at The Shanghai Major, finishing last and losing three players shortly thereafter. Strong replacements were found in Rabbit, Super and Yao, but the team failed to qualify for both The Manila Major and TI6. 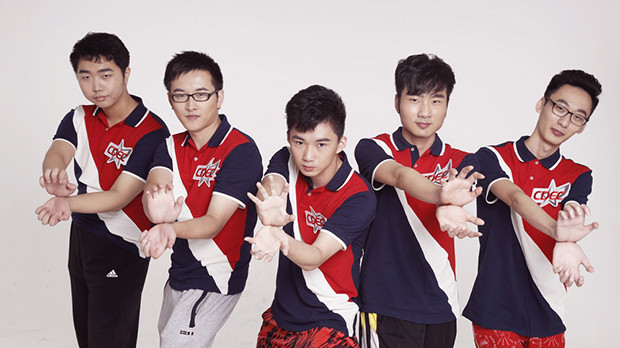 Left to right: Shade, demons, June, September, Flyby
Source: CDEC on weibo
Flyby and Shade are the “unknowns” of the team. Both started their professional Dota 2 careers around the end of 2015/early 2016 and Flyby has only played for the CDEC org, though Shade spent some time on the FTD clubs before moving to CDEC last year.

June and demons have history that goes all the way back to 2014, and The International 4. Both players made their professional debut in Dota 2 on the team CIS Game, which was Black^’s first time playing with a fully Chinese roster before he was picked up by Vici Gaming (he had moved to China as part of LGD.int).

CIS Game took second place in TI4 Chinese qualifiers. Unlike this year’s format with two or even three teams per qualifier region, just the first place team made it through in 2014. The second place teams fought for one last spot in what was called “Phase one” of the playoffs, much like the Wild Card round at TI5 and TI6. They lost to Team Liquid in their first and only match in Seattle, and watched the rest of the event from the stands.

September has had the most time in the public eye out of all his teammates despite also making his Dota 2 debut at the beginning of 2016. He garnered attention in late 2015 thanks to his time spent hard at work in the CDEC league, and was picked up by CDEC.Avenger in January 2016 for The Shanghai Major qualifiers.

They didn’t qualify for the event, but September was quickly scooped up by LGD to join a roster full of Chinese stars – MMY!, Maybe, xiao8 and Agressif.

Source: LGD on weibo
The squad qualified for The Manila Major and took 4th place overall. September performed well alongside his veteran teammates, and they earned a direct invite to The International 6. Sadly for September (and LGD’s TI results) visa issues reared their ugly head, and LGD were forced to find a substitute for Seattle, ending up in 9th-12th place.

CDEC out of the spotlight

They may not have appeared at any LANs this year, but CDEC have been quietly grinding away at plenty of events. They’ve kept themselves in the “Top” league in DPL Season 2 and Season 3 (and will continue in Top in Season 4 despite facing relegation).

They came 4th in The Kiev Major qualifiers after an excellent round robin performance, and they successfully qualified for DOTA Summit 7, but were forced to miss the LAN after facing visa issues. At the time, CDEC said in their weibo post that they would begin the process of applying for athete’s visas for the future, though the application process could take some time.

It was a close race in The International 7 Chinese qualifier, but CDEC missed the playoff round after their 4-5 record in the group stage. For perspective, the next three teams above them in the top five had records of 5-4, while the top two had 7-2 and 6-3.

They’ll have another chance to play on a world stage if they can come out on top at the ROG Masters Chinese regional final this weekend. A win at this event puts them through to the worldwide Grand Finals LAN event at a yet-to-be-announced location in November, facing the best teams from around the world. 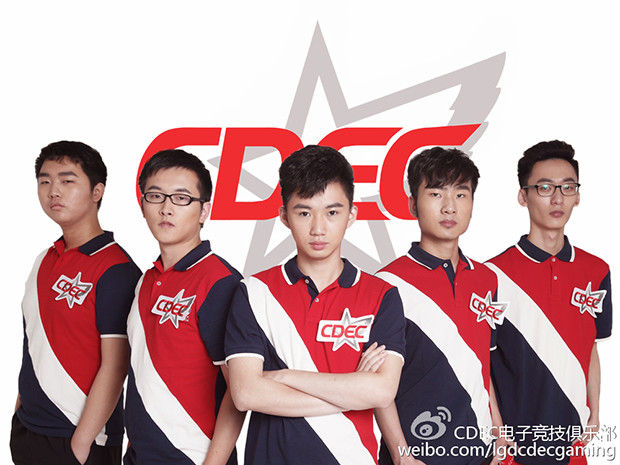