posted by Abelle,
Just because TI qualifiers are coming up doesn't mean everything else grinds to a halt! WCA 2017 have announced their APAC qualifiers featuring a stacked lineup of SEA's best.
ADVERTISING: 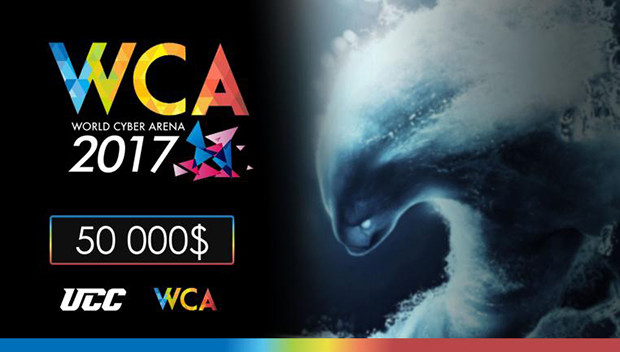 The qualifier features several stages, all leading towards two qualification slots for the WCA 2017 LAN final. Things begin with two open qualifiers on June 29th-30th and July 1st-2nd, both hosted by FACEIT. The winning team from each of the two open qualifiers will advance to face eight directly invited teams in the closed qualifier.

The eight invited teams are:

In addition to the Grand Final prize pool, which is 3,500,000 RMB, the qualifier itself will feature a prize pool of its own. Each of the four regional qualifiers (EU, Americas, APAC and Middle East) have 350,000 (about $50,000 USD) set aside, to be distributed between the 1st, 2nd and 3rd place teams.

The APAC regional qualifier group stage will take place July 4th-11th. Two groups of five teams each will be narrowed down to the best two from each group. Those four teams will advance to a short double elimination playoff bracket which will take place July 15th-17th, with two finalists securing themselves some nice prize money as well as a trip to the WCA 2017 LAN Final.