PPD explains the significance of the "60hz monitor disaster"

posted by Malystryx.GDS,
As players arrived in the practise rooms at the Shanghai Major they were greeted with 60hz monitors which triggered a response on social media. Evil Geniuses' captain

Peter 'ppd' Dager spoke his mind on the topic, and shared some much needed context for the players' discontent.
ADVERTISING: 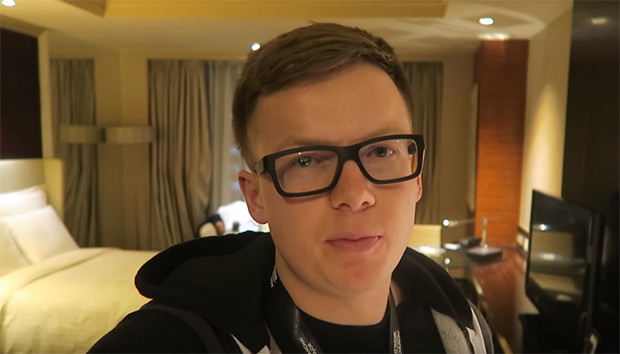 PPD vlogged from the Shanghai Major

Context: The good that came of the makings of a player's union
A couple of players hinted at it last year but few details were shared in regards to an alleged meeting at the Valve offices featuring players from different organisations. In December 2014 several players spoke about tournament conditions following a blogpost by EternalEnvy on LiquidDota, and he later said on Reddit: "There are a lot of problems and a lot of it has to do with Valve so its really hard to solve. I consider Valve like this god like entity that is half evil and I don't know how to deal with them."

Peter 'ppd' Dager, who shared details yesterday in his latest vlog posted from the Shanghai Major, the alleged meeting between Valve and the players took place post-DAC, which is also what Russian commentator V1lat hinted at in a Twitter post last year: "Some talks with VALVE will happen in next few days. Loda, Funn1k, PPD, Misery and others will be representing Players. Thats all what I know."

The topic of a player union created a buzz but it was shortlived and no further details were released. However, the Evil Geniuses' captain's insight in his latest vlog shed some light on how the failed union actually led to teams and players making progress on other fronts.

PPD explains why 60hz monitors are "definitely not acceptable"
"Some of you may not know but after DAC last year Valve flew out around 15-20 players to their offices in Seattle and we just talked about things that we wanted," said ppd. "That was the beginning of this idea of a whole player's union which later kind of.... didn't work out."

One possible reason for the breakdown of the plans for the player union was hinted at by Loda in an interview by DotaBlast in April 2015 when he said that there were certain players bumped heads at the Valve meeting because "some players felt they had the right to break any contract". However, some good came of the official meeting at Valve HQ according to ppd.

"One thing we did get done was we sat down as a group from almost every team here at the Major - excluding Chinese teams - was we talked about what was important to us when it came to tournament regulations," said ppd.

The Evil Geniuses captain said the most important was a "standardisation of gear" and that the agreed monitor to be used was a 144hz 24-inch monitor, and as a result "every professional player out there" went out and bought that exact monitor. Ppd said the specs for the monitor are distributed to tournaments organisers and that the difference between 60hz and 144hz is not a "big deal" but the difference is "pretty considerable".

For the those not literate in the world of monitors, Chessie from Complexity explained some of the differences in a reply on Reddit yesterday: 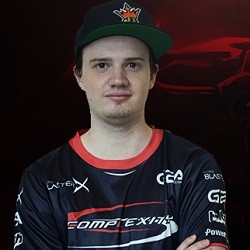 "People here doesn't seem to realize the huge difference between 60 and 144hz. The problem that occurs is not that animations etc looks more sloppy, but that your mouse movements feels like they are lagging.

If I try to buy items, cast spells, move items, bottle crow, or whatever else you do using your mouse, my precision is incredibly off and I fuck up even the simplest tasks because of how used I am to 144hz.

I'm just gonna play tower defense in custom maps until we can play on better monitors, because I will for sure lose every single pub I play in high rated chinese pubs.

Every pro player I've talked to about this issue shares the same opinion as myself. Just thought I'd enlighten you since alot of you are saying we shouldn't complain when it actually changes the way the game is played drastically."
Chessie from Complexity on Reddit

Do you empathise with the players for the lack of 144hz monitors?