posted by Malystryx.GDS,
Team Secret will be attending the ESL One Manila after all following the announcement that the format of the event will be amended.
ADVERTISING:

Secret attendance means Puppey heads to his 5th ESL One

Clement 'Puppey' Ivanov has competed in all four ESL One events thus far, and his team will join WCA bronze medalists

Team Liquid and the MDL winners

EHOME on the direct invite list. Team Secret as an organisation won the ESL One Frankfurt event last year and finished runner-up at ESL One New York, making them a seasoned veteran at ESL One events.

A total of eight teams will head to Manila, with the other five spots still yet to be decided. The closed qualifiers for Europe and America which are being broadcast by joinDOTA are both in the quarter-final stage. More information who is still fighting for a spot can be found here. 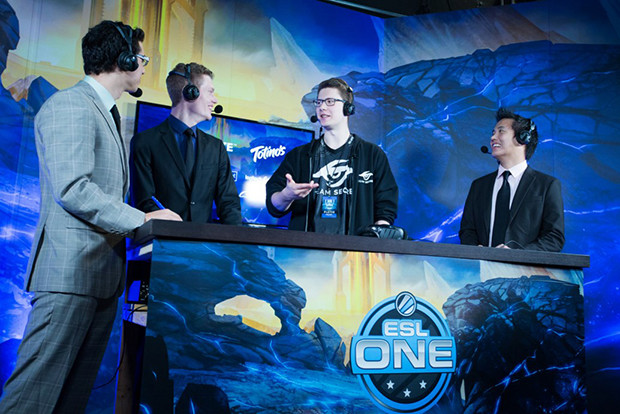 ESL unafraid to make bold change to accomodate teams
Team Secret's ESL One Manila invite is of course slight surprising considering on January 20th a certain tweet, gave light to the fact that Team Secret had declined to attend the event.

However, ESL have since taken teams' feedback on the event to heart and have extended the event by one day by adding a double elimination groupstage.

ESL New York and ESL Frankfurt have always been single elimination playoffs, but with the added travel involved to the Philippines and a Manila Major just a month later, the prospect of going home after just one loss may not have appealed to some top flight teams.

“After discussing the event calendar and format with some teams we decided to extend the format of ESL One Manila by an extra day to reduce the risk of travel for teams. We think that in the current dota ecosystem, that this gives a better incentive to teams without risking going home from an immediate loss.”
James Lampkin, VP of Pro Gaming at ESL

The decision by ESL to extend the event is a victory all round, as spectators will have more Dota 2 to watch and teams will have more than one lifeline. The ESL One Manila will now begin on the 22nd April and last until the 24th.

The battle for #ESLOne Manila continues today at 18:00 CET!