posted by iamshockWave,
StarLadder is back once again and this time with a different venue for the LAN finals following continious visa problems at recent events. With a base prize pool of $80,000 and travel supports to teams, the organizers hope that the event will bounce back from the lacklustre Season 11 finals, which crowned 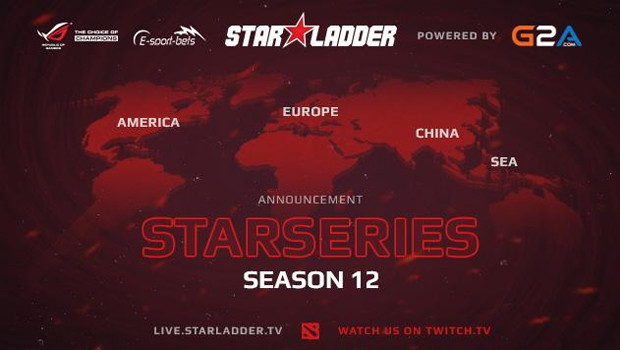 Shortly after the StarLadder Season 11 finals, StarLadder caster, V1lat made the promise that that was their last even in Ukrainian soil and that they were looking to host their next event somewhere in Europe. Now StarLadder has teamed up with Dreamhack and they are hosting their Season 12 finals in Bucharest, Romania during Dreamhack Bucharest from the 24th to the 26th of April.

This year the qualifiers for the European region will work slightly differently as the teams have to play in two groupstages to make their way to the LAN finals, while in the rest of world the qualifiers are similar to previous editions of the event. More info can be found below.

The base prizepool for this event is of 80 000 dollars and travel support for the teams attending. The prizepool can be increased by purchasing the DotaTV ticket that will be available soon, and it will include a set for Slardar that can be seen here.

Pedro Unas, joinDOTA's writer.iamshockWave is a high school student who started his eSports adventure covering the Portuguese Counter-Strike scene back in 2011, after that he started following the spectacle that is DotA since the beginning of 2013. When he isn't near his keyboard he's trying to conquer his last year of high school. Location: Porto, PortugalFollow him on @ShockwaveDota.