posted by Morantyx,
With only one day left until the ESL One New York, we give you a rundown of the 8 teams who qualified for the illustrious LAN finals in Madison Square Gardens, as well as get you up to date with their win rates since TI4. Will the advantage of a home crowd spur on the likes of Navi.US and SNA? Or will it all come down to the big boys?
ADVERTISING:

Performance graph of the NY attendees

Before we break down these numbers, I'd like to highlight the word "matches". These numbers are not individual games and therebye each element of the values above could be either a Bo1, a Bo2, a Bo3 or a Bo5. The numbers and thus calculations are extracted data from our matchticker between the grand final of TI4 and the end of September. Only matches that were actually played are included.

Features 8 teams from the top 20 of the world 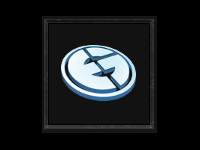 20 Matches |-----> 85% WinrateAfter a rather disappointing result at The International 2014, Fear's return as active player marked the start of a new beginning.

Despite a short intermezzo, the American squad has been racking up victories in the last 2 months. Their glorious win against

Cloud 9 at the LAN finals of the World e-Sports Championships in China on the 7th of September gave them the appropriate reward for their all-round excellent perfomance in August.

Outside their activities in China, EG exterminated most of their competition in StarSeries America, suffering one defeat against

The Americans were caught off guard by Cloud 9 during the NVIDIA Game24 Invitational about 2 weeks ago, but their swift run through the qualifiers of ESL One New York proves that their current dominance is to be reckoned with.

An outstanding 85% winrate after TI4 underlines EG's efficiency in all kinds of matches. They will be very focused for ESL One in New York as they aim to capture another big trophy on American soil and because the home favourites desire retribution for the lost title in Frankfurt earlier this year. 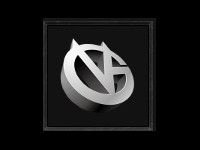 NewBee in the grand final.

Despite winning the first game, they went down in the next 3 consecutive games and had to take comfort with the second place. After this major disappointment for the Chinese squad, more upsets followed shortly after as rOtK announced his retirement and Sylar left to join

LGD Gaming. Their replacements were ex-CIS player Black^ and iceiceice who played for Team DK.

In the next month, VG struggled to reach their peak. They suffered two crucial defeats at the World e-Sports Championships as they were defeated by Cloud 9 in the upper bracket, followed by another loss against EG in the consolidation final of the lower bracket.

However, they are looking stronger than ever in the last few weeks. Despite losing the Sina Cup to

Invictus Gaming, they crushed everyone but

HyperGloryTeam in StarSeries China, where they also forced NewBee to qualify for the main event through the lower bracket. Their recent i-League title and a solid 75% winrate after The International proves that this team is not to be underestimated, a solid contender for the grand finals. 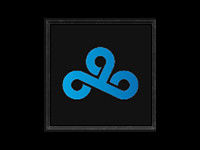 31 Matches |-----> 61% WinrateEternalEnvy and his crew only went through one major change after Valve's annual spectacle, as they lost SingSing to

Team Tinker. Their new mid, FATA-, is under a lot of pressure to beat the Dutchman's moves, but his performance has been stable and rewarding for his teammates.

C9 pulled out an excellent battle against EG at the LAN finals of WEC. Despite losing against the Americans, they already displayed their potential in the first big tournament after TI.

Although the international line-up of C9 proceeded to display their skill by conquering the likes of EG and Team Tinker during the NVIDIA Game24 Invitational, which they won in convincing fashion against SingSing and his new companions, they also suffered some unnecessary defeats in StarSeries Europe.

kompas.gaming, who managed to snatch a victory in singular games during the group stage of StarLadder. Because they were brought down six times, their only hope to reach the LAN finals was a potential tiebreaker, but thatrequired

Natus Vincere to lose their last two matches in the group stage.

However, with their famous Drow-Visage combination and greater performance against top class competitors, Cloud9 have racked up a nice 61% winrate in matches after TI4 with almost 10% of their matches ended in a draw. Cloud 9 will definitely make an impact in New York. 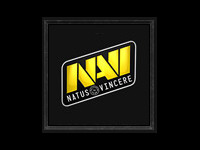 43 Matches |-----> 56% WinrateThe Ukrainian squad parted ways with Puppey and KuroKy after Newbee's victory at TI4, therebye breaking the magical chain that has kept them together for a few wonderful years.

The empty spots were quickly filled as fng and VANSKOR left their former teams to play with Dendi and his allies. With their newest recruits they participated in several tournaments around the globe. Despite losing the Megafon Battle Arena against

Virtus.Pro Polar, the cohesion of the group provides us with entertaining games nonetheless.

With a stable 56% winrate in almost 20 matches per month, they qualified for ESL One and are close to grabbing a ticket to the main event of StarLadder as well. In the meanwhile, we await the announcement of their appearance in the grand final of the second edition of the Excellent Moscow Cup against

Their path through the group stage of EMC has been reckless with 9 straight wins and 2 draws, as they were caught off guard by

Team Coast at the start of the competition, and a second time by VP Polar about three weeks later. Even though their performance after TI has been trembling at certain times, they are sure to deploy their exiting strategies in New York when they get some momentum. 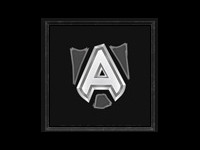 23 Matches |-----> 48% WinrateThe winner of last year's International is going through a rough time. After failing to reach the main stage in 2014, the former champion parted way with s4 and EGM.

Their spots are yet to be filled, as Alliance have been playing with standins Chessie and MiSeRy throughout the last 2 months. However, H4nn1 from

Fnatic will standin for Chessie in New York as the latter needs some rest due to health issues.

Despite a winrate below 50%, Alliance managed to secure a spot in New York for themselves, and they also climbed the StarLadder successfully. Although they forfeited their last matches in the group stage of D2CL and therebye saw their results removed from the ranking, their appearance against Team Tinker during the NVIDIA Game24 Invitational and their qualifications for the final stages of major events like ESL and StarLadder show that there is still live within the Swedish-based corporation. With 13% of their matches ending in a draw, there is life in the old dog yet. 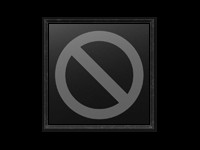 13 Matches |-----> 92% WinrateThe long expected and mysterious Secret Team finally revealed their players about 40 days ago, after which the likes of Puppey and co started the next phase in their career as they combined 5 incredible players to play as one unit.

Despite the awkward loss against

Alliance in their first game of StarSeries Europe, they destroyed every opponent that crossed their path ever since. Besides Alliance, only

Virtus.Pro managed to defeat them once in the qualifiers of ESL, and yet they still lost the series with 2-1 on the board.

Whether their excellent record has something to do with their rather low amount of appearances is unknown, but they are definitely making the right choices. With a winrate near perfection and LAN tickets for ESL One New York and StarLadder under their belt, the all-star team has already proven their immense potential in online encounters.

However, their first real test will arrive with their quarterfinal against

Natus Vincere US in New York, where their gameplay will be showcased in their first LAN event while together under the banner of secrecy. 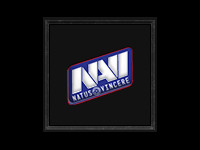 29 Matches |-----> 72% WinrateWhile their winrate reflects quite decent performances, the American squad of Na'Vi has had their part of trouble and upsets. But it is not over yet, as they recently announced that BuLba and waytosexy will pick up the roles of Brax and 1437, about whom rumours speak regarding an upcoming roster change within the ranks of Na'Vi NA.

For about a month, they have been using standins to replace their listed allies if they were able to find someone. This also led to 9 forfeited matches, which were not included in the percentage above.

Even though most of their victories were against weaker opponents, the Americans have been present in no less than 8 different tournaments around the globe. They were crowned Kings of the Hill twice as they crushed their enemies in the Bounty Hunter American Showdown.

Yet their flawless road to New York somehow seems to salve their elimination in StarLadder while they rack up wins consistently in tournaments like WePlay, the Canada Cup and MSI Beat It. As they have brought us some interesting games in D2CL and i-League as well, they can surely toughen up the challenge for the likes of

Secret Team while playing in front of their home crowd. 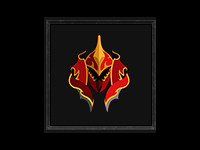 42 Matches |-----> 62% WinrateOur last qualified squad features another American team with Sneaky Nyx Assassins taking the last ticket over compLexity. Their story is similar to Na'Vi.uS as they collected most of their achievements against enemies less troublesome in the brackets of MSI Beat It, CEVO, WePlay and the Canada Cup.

However, they put up quite a show in the overall finals of StarSeries America against no one less than

With grabbing a spot at an event like ESL One and an all-round great performance so far in D2CL, the sneaky Americans have earned themselves a top 20 spot in the world ranking. More so, with a positive 62% winrate after TI and nearly 12% of their matches concluding in a draw, they are a worthy opponent for a large part of the scene.

An excessive record behind their name is one thing, but how efficient they can be at this big LAN event against the higher odds remains hidden for another day as we close in on the explosion of action in New York.