posted by zechsmachine,
To help our noob-ish friends get out of Team Carry hell, joinDota offers this series to showcase noob-friendly supports for pubbing. So take control of your trigger finger and refrain from picking Phantom Assassin just yet. Maybe a support hero would help you win, or at least let you blame your carries.
ADVERTISING: 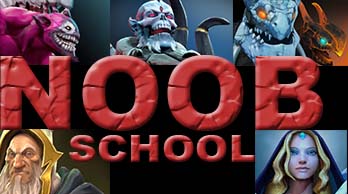 Picture this: The noob solo queues, hits “Find Match”. He ponders life, love, and lunch while staring at the green-lit timer. He gets startled by a familiar noise: a choir yawning in sync with loud drumbeats, probably meant to keep them awake.

The noob hits “Accept” quickly. He waits anxiously for those little grey dots to turn green. Seven dots. Eight dots. Nine dots. Red dot! Damn it, a player declined! He rants and curses while the game finds another match. At last a game is ready. All players have loaded. The “All Pick” screen appears. The noob waits for the enemy team’s picks, when all of a sudden – Sven, Sniper, Anti-Mage, Medusa. He stares in horror at the hell that awaits him. A hell commonly known as “Team Carry”.

Though the entirety of his being screams “pick Ursa”, the noob knows a support is needed. The problem is, he hasn’t played support before, and doesn’t know who to pick. Luckily, we’re here to help. For our friendly neighborhood noob, we present the first five of ten reliable supports for playing pubs.

Crystal Maiden
This Disney princess screams “pick me” to her noob-ish prince charming. She has two AOE Nukes with slow, a nifty hold and a global aura to improve mana regeneration for everybody in her team. She’s not a high-maintenance girl, and can perform well even without lots of items. Buy the courier, buy the wards, and buy regen to stay in lane and cast your spells. For the love of god, don’t give her a Midas if you don’t know how to use it!

For a lesson on Good vs. Bad Midas, watch video number three. 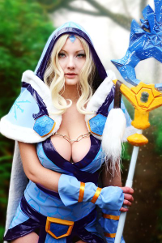 "Pick me!" - Ok
Buy the courier or the wards. If you’re the only support, buy both.
Play with your teammates. Nova to slow and let everyone catch up, then frostbite to hold the enemy in position.
Do not farm alone in a lane when your other teammates are fighting elsewhere.
CM with brown boots runs exactly as fast as Luna without. If a hero catches up to you with your spells on cooldown, you’re probably not getting away.
If you throw your nova, frostbite and ulti in a team fight, eat all the stuns, disables, and nukes from the enemy, and consequently die a quick yet painful death, you’ve done your job. Every nuke and disable thrown at you is one not thrown at your carry – your four carries to be exact.
Fell in love with the maiden? Spend more time with her here.


Dazzle
He’s pink. He’s purple. Deal with it. Once you get past his Fairy Sanjaya get-up, you will realize that his skills mostly deal with keeping teammates alive. Perfect for Team Carry who will most likely turn into Team Feeder in no time. He has a long-range heal that also serves as a nuke and affects multiple targets. His ultimate increases the armor of his allies and lowers the armor of his foes for twenty seconds. He has a slow/stun nuke. Best of all he has a spell that prevents a person from dying. Literally, the target’s life can’t drop below 1 no matter how much the enemy throws at him (except for Axe’s culling blade). 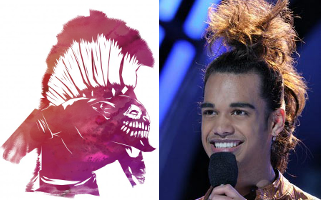 He's my brotha' from anotha' motha'! - Dazzle to Sanjaya
Keep in Mind
You are a support. You are THE support. Buy the courier and/or the wards.
Don’t be afraid to cast your Shallow Grave early, especially if the enemy team has many sources of burst.
Your Shadow Wave heal will also push your creep wave. Use it wisely.
It’s better to cast your ultimate over your entire team before a team fight begins than wait for the right moment to cast it over your team AND your opponents. By the time you get the perfect spot, the fight might already be over, with Team Carry turning tail and trying to escape.
Your Poison Touch can cancel TP’s and channeling spells. CM ult? Black hole? Hit that dude with your slow and end your pain prematurely.
Share the shadows with the Shadow Priest here.


Jakiro
If a dragon has two heads, does that make those two heads twins? The answer is: I don’t care, and you probably shouldn’t too. All you have to know is it’s hard to go wrong with Jakiro if you’re in need of supports. You get him for one spell, Ice Path, which is a cheap and spammable 2.2 second stun for anyone it touches. His other spells are just icing on the stun-cake. His wealth of fire and ice clichés add salt to the wound. 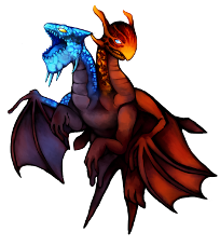 Two heads. Two tails. Two butts?
You have two heads. One buys the courier, the other buys the wards.
Your Ice Path is your bread and butter. Take note that it takes 0.5 seconds before it can actually stun anybody so cast it ahead of time.
Your Liquid Fire slows down attack speed and affects towers. Don’t waste it on creeps or heroes at early levels if you are pushing. Hit a tower with a level 1 Liquid Fire and it will attack four times instead of five for the duration of the effect.
Cast Dual Breath on enemies during ganks or to cover a retreat. The movement slow it provides can save lives or secure kills.
Try not to die quickly during team fights. The more ice paths you are able to cast, the better the outcome generally will be. However, a dead twin-headed dragon is still better than a dead carry.

Fire Head was left out of the ID Photo
Does the Fire Head get jealous of the Ice Head because of all attention he’s been getting? Read more about Jakiro here.


Keeper of the Light 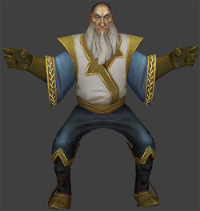 Prepare your anus!
If your idea of a fun time involves hiding behind bushes and watching critters turn into road kill as they are run over by fast-moving vehicles, then KOTL will surely satisfy your craving. He’s like Gandalf, if Gandalf had legit powers (I mean seriously, what power did Gandalf show-off during the trilogy anyway?) and was a registered sex offender. Be warned, playing him requires you to press six buttons instead of the usual four, but his skills are straightforward enough. He likes to hide in the fog and use his “flash-horse” – a flashlight that shoots horse beams – for massive damage and a better view. He shares his “juice” with his friends, giving them mana. He causes his enemies to piss mana, probably because of the classic “old man smell”. When he pops his ult, he can do a couple more things. First, his clothes can become see through, blinding his foes for a time in order to avoid seeing what’s underneath his robes. Lastly, he can call a friend to his side, potentially so that they can die a horrible death together, in each other’s arms.

Keep in Mind
You’re a dirty old peeping tom. You want to see your enemies without being seen yourself. Buy your wards to accomplish this. Buy the courier too. Why? Because f*ck you that’s why.
Illuminate is a great harassment spell, but will push your wave hard. During the early levels, try to hit only the enemy heroes and none of the enemy creeps. Shoot it from the fog, behind trees or bushes for maximum surprise. If you’re not needed in-lane, stack the jungle camps and use illuminate to farm. You’ll get enough money to upgrade the courier and buy the next set of wards this way.
Don’t be selfish with your Chakra, it’s meant to be shared. Give it to a disabler if it will secure a kill.
Your attacks can be fired from extremely long range for a reason: you’re squishy as hell. Enemies would probably want to kill you first, to pay you back for all the horses you’ve been throwing at them. Sit back, spam your horses, and replenish mana for your team.
You have a skill called Mana Leak. Using it is better than forgetting about it. You'll get what we mean when you first play him.
Pop your ultimate right before an expected team fight. This way, you can charge Illuminate up front and move away to safety without losing Illuminate damage. Drop your blinding light in the middle of the team fight to take advantage of the blind after getting your enemies to commit.
Use your Recall to summon an ally from anywhere on the map and teleport him to your side. Let your carry split push a lane and then recall him when it’s time to defend. But since you’re playing with Team Carry, use this skill to recall the most useless of your four carries to die with you, when the enemy team barrels down a lane with only you to defend it. Type “lol noob carry” in chat afterwards.
PFlax's take on Keeper of the Shite – errr – Light here. 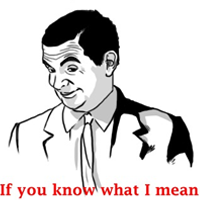 What is it with old dudes and innuendo? First KOTL now this?
He eats friendly creeps for mana and exp, then shoots a load that splashes all over his enemies, slowing them down and dealing damage (to their mental health – “aaaah I got jizzed on by skull dude”). He then slathers his friends with his icy spunk, making them tougher and slowing down enemies that attack them. For his ult? He bounces around a big tadpole of ice, ramming enemies again, and again, and again; a climax of death and destruction when he gets it going right. 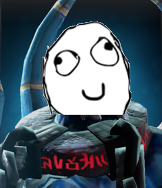 Author's Art - if you can call it that
If you can’t guess what number one is, take your right hand and smack yourself in the back of the head with it because we can’t do it for you.
Use your sacrifice away from enemy heroes during the early game. This way, they don’t get any experience. If you sacrifice in experience range of an enemy hero, they might get even more experience than you. Use your sacrifice whenever it is up – even if your mana is full - to maximize gains.
Eat a creep, get mana. Frost Blast an enemy hero, lose mana. Rinse and repeat for early game harassment and possibly even kills.
When you get enough levels and mana, you can auto-cast your Ice Armor. Even casting it on creeps would help push out lanes. Always cast ice armor on your allies before engaging in team fights.
Try to use Chain Frost when your enemies are clumped and away from their creeps. It will only bounce if the enemies are close enough to each other, and if your Ice Tadpole has nothing to bounce to, the fun stops well before your desired climax.
When you’ve provided Ice Armor to your team, used Frost Blast a couple of times, and thrown your Chain Frost in a team fight, then you have permission to die. Eat as many disables and nukes as you can, so your carry doesn’t have to.

Still not convinced that Lich can cure your itch? Maybe this will convince you.

Can’t find a support to suit your taste? Does our noob friend need one from further down the hero list? Better stay tuned for part two of [NoobSchool] 10 Reliable Supports for Pubs.