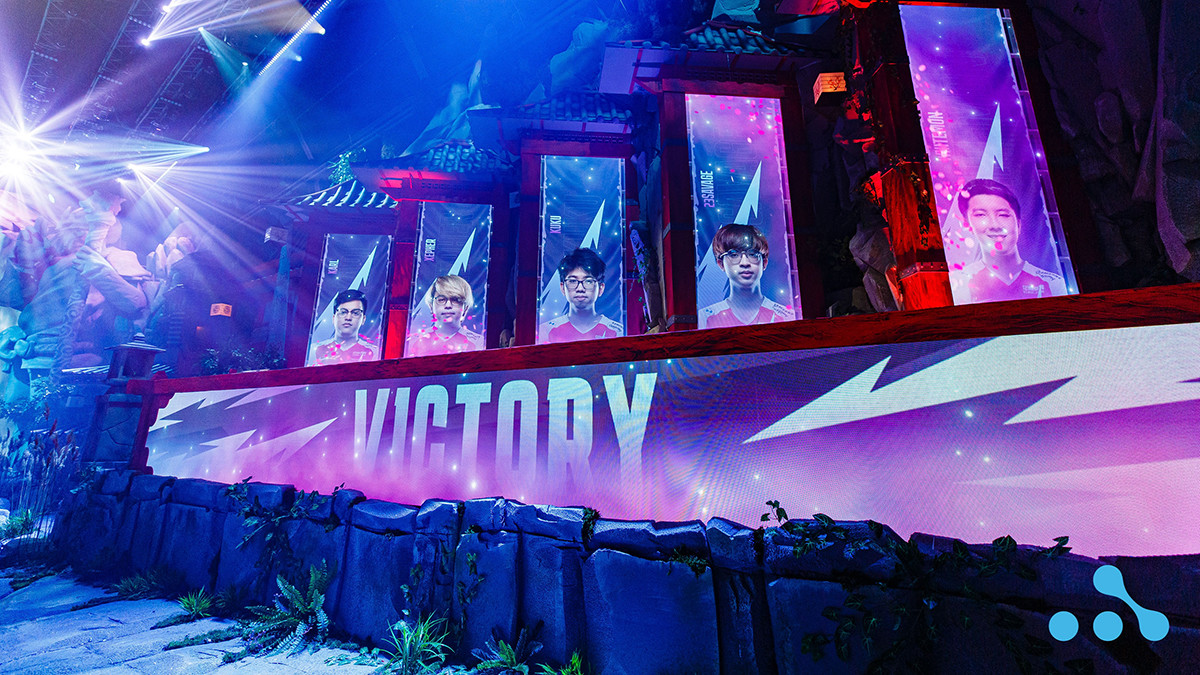 posted by NanaKrustofski,
The first day of the AniMajor Playoffs brought two surprising series already. While Alliance stumbled in their first series against PSG.LGD, T1 are turning it out against Team Aster. The WePlay AniMajor Playoffs kicked off this Wednesday and we've already witnessed two exciting series.

T1 opened the main stage with their encounter against Team Aster which they managed to win with a dominant 2-0 result. The match-up between Alliance and PSG.LGD followed; the Chinese organisation took down the European DPC League leader 2-0 as well.

Both teams finished their respective DPC Leagues in first place and therefore counted as the top contenders of their region. As China traditionally enjoys rather a high reputation, many fans considered them to be the favourites of the series. T1 however were not intimidated and left Aster no room to breathe, completely dominating them in both games.

The Southeast Asian squad constantly kept the upper hand in both matches in terms of networth and experience. Carry player Nuengnara '23savage' Teeramahanon finished with 0 deaths overall, but a great Morphling and Lifestealer performance.

T1 will play against the winner between NoPing Esports and Quincy Crew next. Aster still have one chance left to redeem themselves as they will face TNC Predator in the Lower Bracket.

The opening day then saw another Chinese top team entering the ring. PSG.LGD fought their way through the Group Stage and finished in first place after a stellar run. Their opponents from Alliance on the other hand already secured their spot in the playoffs through the DPC League, making them the top participant from Europe.

Despite Alliance piling on a lot of pressure with their fast and aggressive moves on LGD in the first game, they could not stand their ground. LGD proceeded to simply avoid them strategically until their players had enough farm. Wang Chun 'Ame' Yu then snatched the Aegis after a heavily contested Roshan fight which further enabled their victory. Nikolay 'Nikobaby' Nikolov might have finished with a solid 7/1/4 on paper, but LGD decided to kite the dangerous cores, strike back against the support players with precision and then take over the game.

The second match was also in clear favour of LGD. Especially Zhang 'y`' Yiping's Undying turned out to be effective as Alliance could not do anything against his Tomb Stone.

LGD's next adventure will be against the winner between Nigma and Virtus.pro. Alliance drop to the Lower Bracket and will fight against Team Spirit next.

Which team are you rooting for in the AniMajor?