SUNSfan on his career, the Dota community and paneling versus casting | Position 6 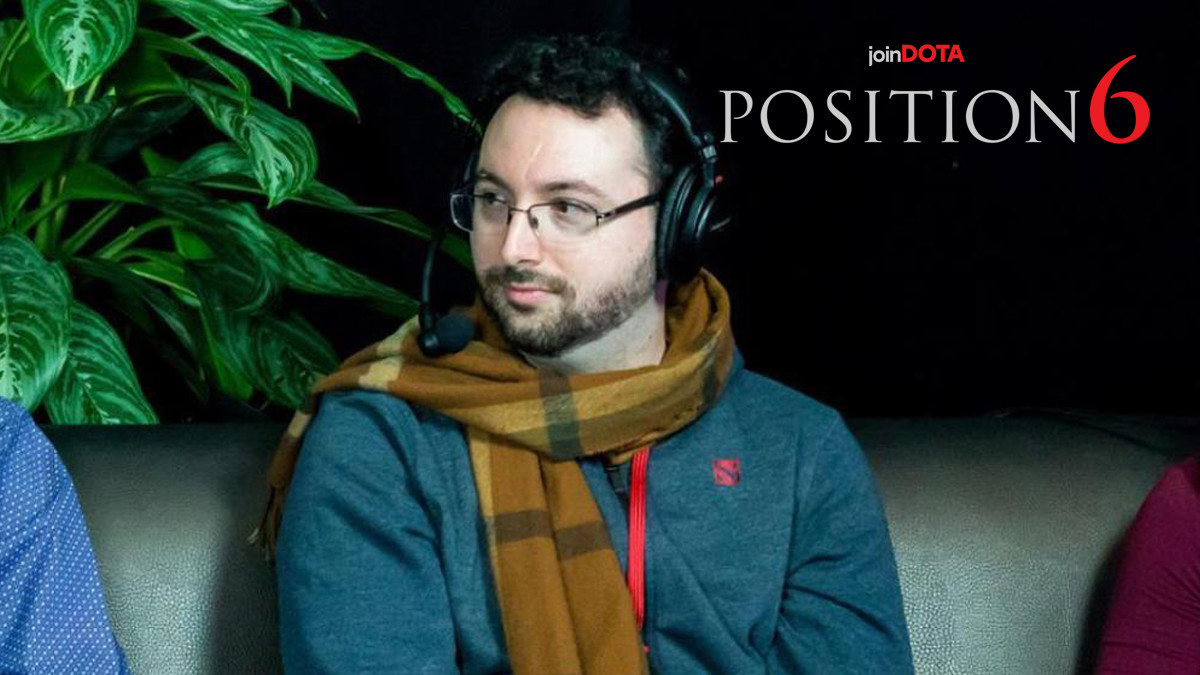 posted by moskvich427,
In this week's Position 6 podcast, Dan Offen speaks to Shannon "SUNSfan" Scotten about his career, the Dota community and the contrast between paneling and casting.

Shannon "SUNSfan" Scotten is a caster and content creator working at DotaCinema. He also founded and managed the Digital Chaos* team, which achieved second place at TI, and has attended an International and several Majors. In this episode of Position 6 podcast, he talks in detail about his interesting and varied career.

The present and the future

When asked to sum up how he feels his career is going, SUNSfan's reply is rather downbeat as - in his own words - he finds it "hard to be optimistic". When he was creating tournaments in the past he felt like he had a plan, but nowadays, his life has more of a free-flowing vibe to it. He streams often, but that is more for fun rather than as a money earner. Looking to the future, he mentions to Dan that he is always on the lookout for new opportunities. Variety is a key part of SUNSfan's life, so it remains to be seen what the future holds for him.

I'm in an unknown zone, for sure.

Toxicity in the community

With such a varied career within the Dota scene, SUNSfan has had his fair share of experience with the Dota community. The podcast he creates with Troels 'syndereN' Nielsen is proving to be very popular, and the caster says it's one of his favourite things to do, even though it exposes him to negative, unhelpful comments. However, SUNSfan feels that his early years actually prepared him to cope with these. Moving from the Middle East to America was a culture shock, and his name meant that he was bullied relentlessly. This has made him more resilient to toxic comments nowadays.

Growing up with the name 'Shannon' in the United States definitely prepared me for the internet.

On paneling vs. casting

SUNSfan has spent more time on panels recently, and casting has taken a backseat. However, he reveals that he misses casting and would like to pick it up again. He also makes an interesting, direct comparison between the two tasks. Paneling is exhausting due to the delays - you wait a long time before you can finally watch and take notes. But casting is exhausting in an entirely different way. The aim here is to be entertaining, which can be draining if the match itself is dull. His solution to this is to have someone you gel well with to bounce comments off – it makes everything more natural and therefore more enjoyable for the audience.

I'm expending energy trying to make it entertaining when it's not.