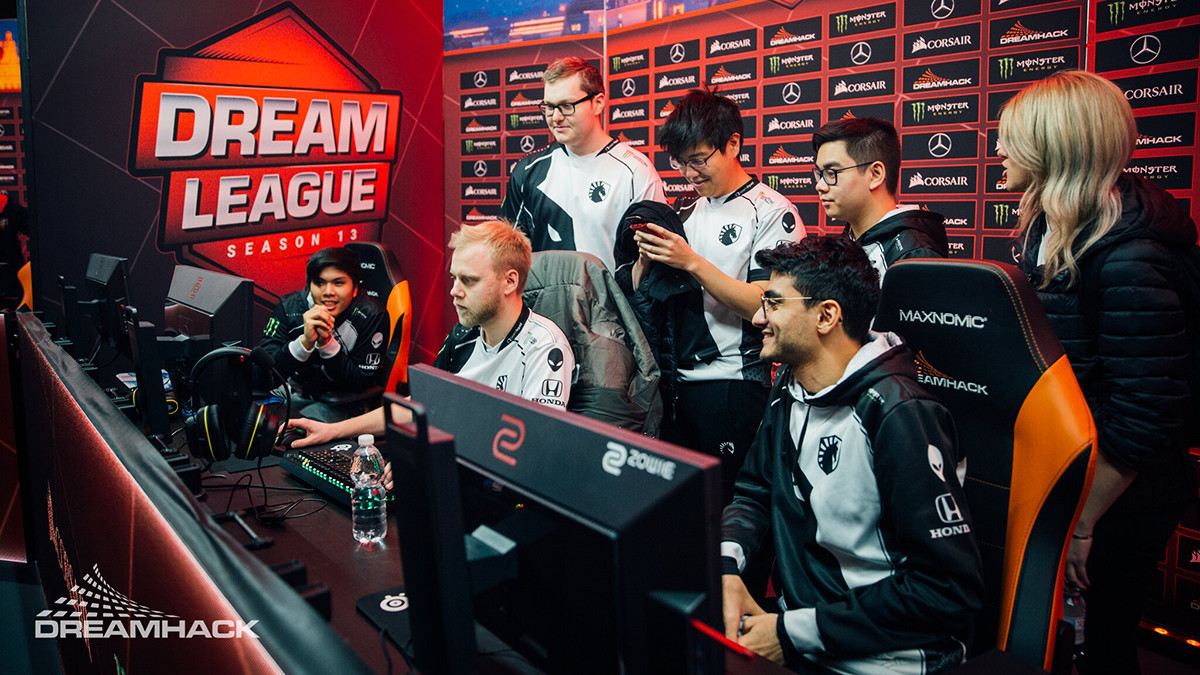 posted by NanaKrustofski,
Week four of the DPC is over and the top spots are heavily embattled. Some of the teams who occupied first place were knocked from their throne and now need to fight back. An overview on all six regional Upper Divisions.

The number one team in Europe is still Alliance, with a score of 4-1. That's right, they are no longer undefeated as they dropped their series against Brame. Alliance are not alone on the top spot, as Team Liquid have caught up and stand at 4-1 as well. The team is still playing with Sumail 'SumaiL' Syed Hassan as a stand-in at the moment.

The past week also brought a highlight series between the powerhouses Team Secret and OG. If you haven't yet watched the matches, we recommend doing so or checking out our article here. Spoiler alert: Martin 'Saksa' Sazdov entered god mode.

In the Chinese region, Team Aster are the top dogs with a 4-0 score. The only game they have lost so far was against Vici Gaming.

Surprisingly, the winners of the ONE Esports Singapore Major 2021, Invictus Gaming, are currently only in seventh place, which would mean a relegation to the Lower Division next season. The only team with less success is Sparking Arrow Gaming as they are yet to win a single match. Speaking of SAG, the squad also provided the highlight match of the past week as they rushed to take Aster's first tower before the game even really started. These shenanigans did not bring them a victory, but an entry in the list of iconic plays for sure. You can read more about their manoeuvre here.

TNC Predator made a strong comeback this season: while the failed to qualify for the Major last time, they are now still in first place with a 4-1 score. However, Fnatic are right on their heels with a 3-1 standing, meaning they have played one series fewer than TNC so far. Their next encounter will be T1 who are currently in third place.

T1 were also involved in one of the highlight plays from last week, but not to their favour. Ralph Richard 'RR' Peñano landed an amazing four man Echo Stomp with Elder Titan on them, resulting in some quick eliminations.

The CIS top spot is also heavily contested: Team Spirit and Virtus.pro are both in first place with a 5-0 result, having won every single one of their 10 games. Therefore, the next series in the CIS Upper Division will be crucial: VP and Spirit will face each other on 13 May.

VP are currently so strong, they even managed to win a game against Extremum after being swept in an unlucky teamfight.

In North America, team Undying stay true to their name as they are in first place with 5 victories. They have won all of their matches so far, except for one against Black n Yellow. This also means that they are currently ahead of juggernauts Evil Geniuses as they played one series fewer. Similar to CIS, the ranking will change soon as EG and Undying will face each other next on 13 May.

EG are quite confident in their current performance – or at least the following clip suggests so, as Andreas 'Cr1t-' Nielsen enjoyed trolling Noah 'boris' Minhas a bit.

beastcoast's reign finally came to an end as they were defeated by Infamous. The new leading squad is NoPing Esports with 5-0.

One tiny reason for beastcoast's loss was insanely bad luck from Adrian 'Wisper' Cesperes. He went to check for Roshan twice, but missed him both times as he was just pulled out of his pit.