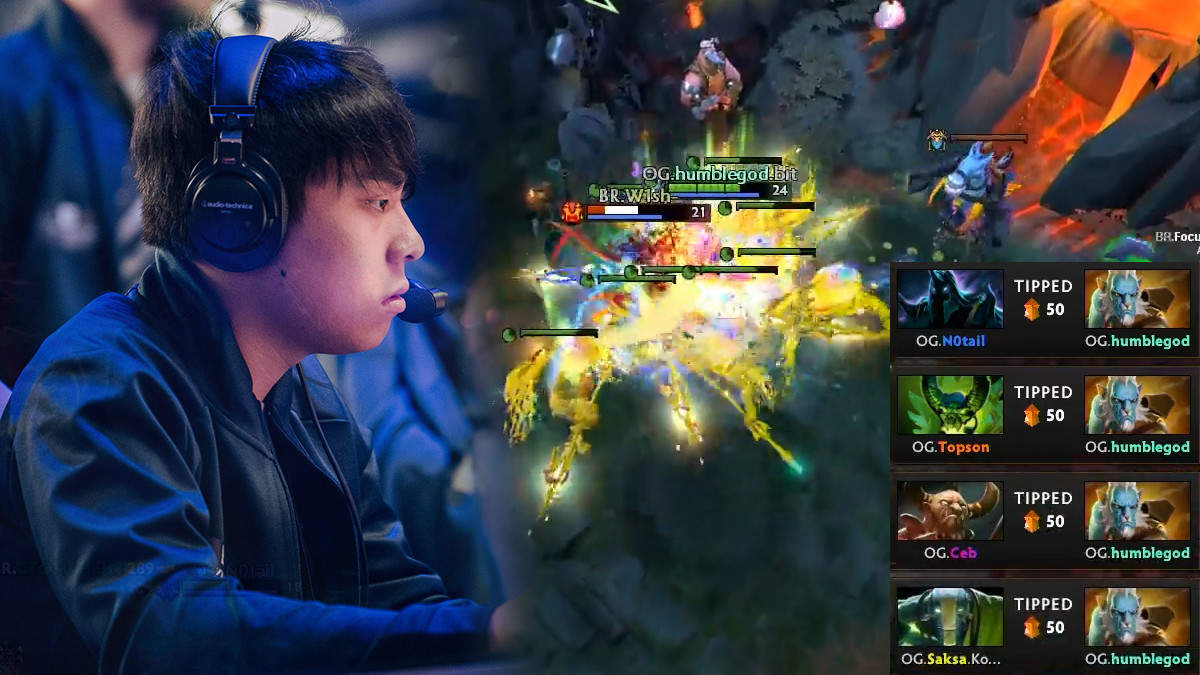 posted by NanaKrustofski,
Anathan 'ana' Pham is back in the competitive scene and has successfully completed his first official series in the DPC League. Here is how the iconic player performed in his comeback matches.
ADVERTISING:
Pro players beware, Australia's sensation Anathan 'ana' Pham is back in the game! The 21-year-old carry player returned to OG after taking a break from competitive Dota 2 for over a year.

This Tuesday, the humblegod had his debut performance at the DPC21: S2 - EU Upper Division and faced Brame. How does a two-time The International winner perform after being away from the scene for such a long time? Does he get rusty or does he have issues with synergizing with his team-mates?

The answer is: no, he dominated so hard that he went on a trip to the enemy's Fountain several times. Let's take a look at some of the highlights of the two matches.


Game one: Manta dodging with style

OG managed to conquer Brame with a clean 2-0. Brame are a European stack surrounding captain Giorgos 'SsaSpartan' Giannakopoulos and are fresh out of the DPC21: S1 - EU Lower Division.

The rising team had a slight networth advantage for 28 minutes, but OG managed to then turn the tides and close the match 10 minutes after. Ana had a solid start with his 7/1/13 Juggernaut, bringing home the most networth by far.

The humblegod also pulled off a nice Manta dodge, as he activated the item perfectly in time to avoid the rolling Earth Spirit and therefore did not get stunned.

But the true fun started in the second match of the evening, when ana was warmed up and ready to slay. He equipped his Phantom Lancer with a Manta Style and the Neutral Item Illusionist's Cape, ensuring that extra element of confusion and illusions.

At only 25 minutes into the game, ana decided to go Fountain diving for the first time – despite Brame's tier 2 towers still standing perfectly. The carry player tasted blood and decided to Fountain dive again later several times. So, simply enjoy this collection of ana being reckless in the enemy's home.

The nightmare ended for Brame after 39 minutes with a 18/3/6 kill score on ana's Phantom Lancer. OG's next target will be Alliance who they will encounter on 20 April.

Brame will face Tundra Esports next on 17 April. The team features some serious talent, so hopefully, they can show more of their skill in the upcoming games. You can follow all matches on the official Twitch channel of DreamLeague.