SumaiL or MidOne: Which free agent could Nigma pick? 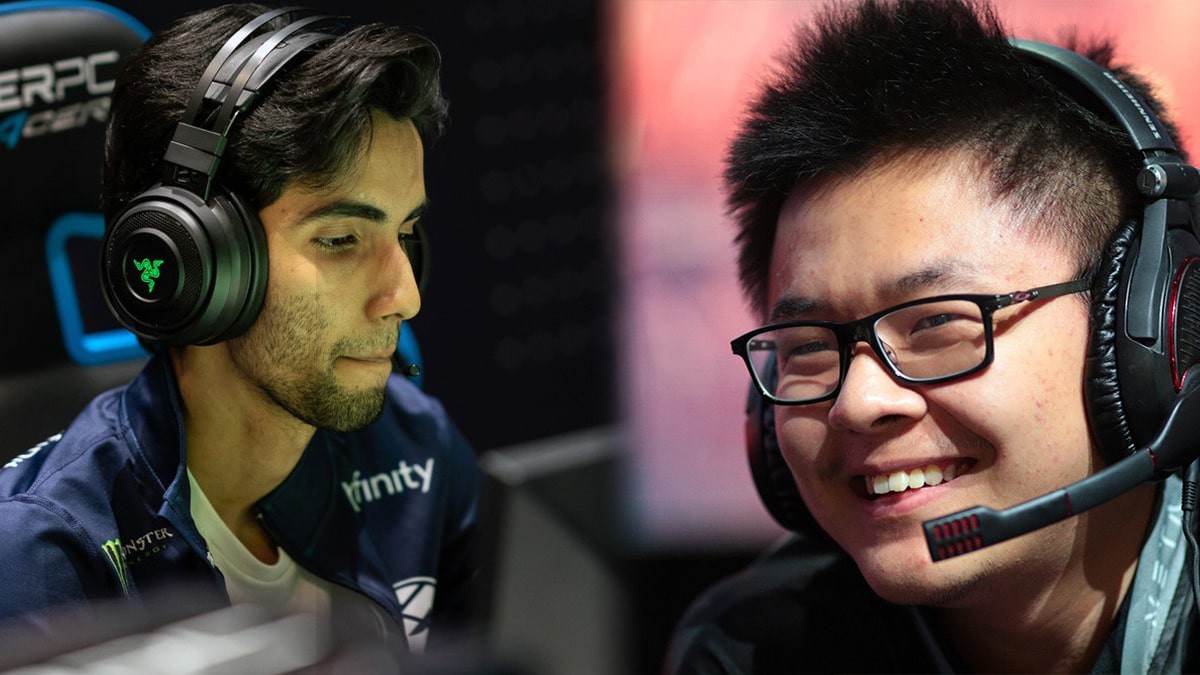 posted by Smyke,
After performing poorly at the ONE Esports Singapore Major 2021, Nigma have benched Omar 'w33haa' Aliwi. Who can replace him?
ADVERTISING:
Since their inception in late 2019, Nigma have been one of the strongest European line-ups. Although they never quite reached the shape they had at The International 2019, when still at Team Liquid, the team had been always a force to be reckoned with. Many fans and the team itself were therefore disappointed after finishing the Wild Card stage at the Singapore Major last place.

On Tuesday, Nigma announced that Omar 'w33haa' Aliwi has been benched and will be available to other teams. In doing so, Nigma say goodbye to the player who joined the team as a replacement himself: in June 2019, w33 went to Liquid to assume the vacant spot of Lasse 'Matumbaman' Urpalainen. This is the first real change to Nigma's roster since founding the organisation. Captain Kuro S. 'KuroKy' Takhasomi and his three teammates now have a couple of tempting choices at hand.

An update to our roster for the 2nd DPC season.#StarsAlign pic.twitter.com/BOvJ1mmAJv


Is SumaiL and Miracle- finally going to happen?

One of the strongest and also likely possibilities would be adding Sumail 'SumaiL' Syed Hassan. Not only would they do our Brasozial a huge favour, but SumaiL would be a great fit for Nigma in general. The former EG legend had a short liason with OG until July 2020. Since then, the talented midplayer graced us with his appearance only occasionally. He could stage a comeback to tier 1 Dota by joining Nigma and finally play next to Amer 'Miracle-' Al-Barkawi.

Just imagine a world where @SumaaaaiL and @Liquid_Miracle could play in one team. :o


MidOne still without a top team

Yeik Nai 'MidOne' Zheng would be another strong possibiliy. The former Team Secret and OG player is still among the greatest SEA players ever to touch the game. However, as the global COVID pandemic has still a strong impact on travel restrictions, this could turn out as an obstable which is too hard to overcome. In terms of skill and power level, MidOne would be an interesting fit. Also, the Malaysian displayed incredible workethic at OG, competing on a top level despite ridiculous pings.

Sometimes even when you gave it your all, an adjustment is still needed.@midonedota2's talent and mischievous energy brought immense amounts of joy to everyone around him.

We all thank him immensely for everything he did for us.

One possibility would be moving Roman 'rmN' Paley to the active roster. The coach already played as stand-in for the team, for example when Kuro S. 'KuroKy' Takhasomi suffered from an arm injury last year or most recently replacing Ivan 'MinD_ContRoL' Borislavov, who tested positive for COVID-19 shortly before the Singapore Major. While the latter endeavour wasn't too successful, rmN knows the team inside and out and could at least for some time fill the void w33 leaves behind. For a more long-term solution, Nigma will probably look for another player.

Could we see Kuro back in a core position?

Nigma have another, extremly fancy option: the organisation signed the world's flashiest Kunkka player Mohammed 'Attacker' Almheiri as a streamer last year. While his competitive record is comparably small, the young talent could be turned into a proper pro player with the experience of Kuro as mentor.