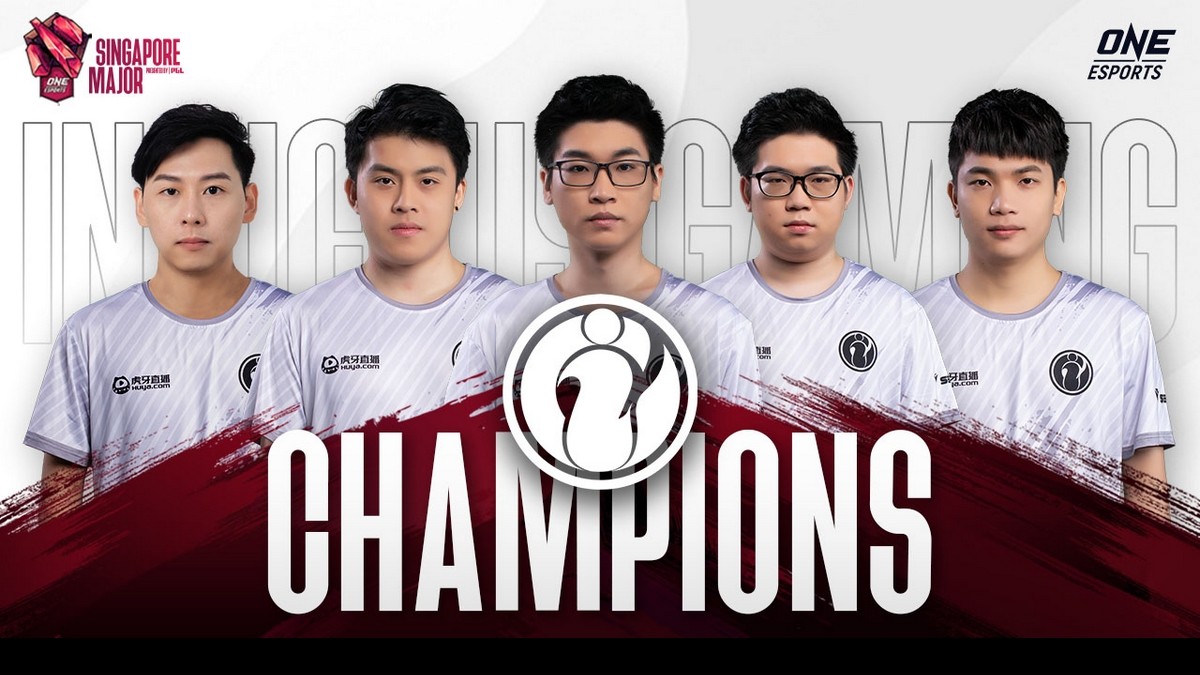 posted by NanaKrustofski,
The curse continues as Invictus Gaming snatch the crown against Evil Geniuses. The Chinese team wins the ONE Esports Singapore Major 2021 3-2.
ADVERTISING:
Invictus Gaming are the first Major champions of 2021! The Chinese team beat Evil Geniuses 3-2 in a nailbiter Grand Finals Series. Not only could they win the crown and put China under the spotlight for the strongest region, they also take home $200,000 and 500 DPC Points.


"It's all about believin'"

Invictus Gaming already encountered EG earlier in the tournament, but lost 2-0 against the North American force in the Upper Bracket Round 2.

Their path through the Lower Bracket was hard. But they managed to defeat the beloved underdog Thunder Predator, juggernaut Team Secret who previously were considered to be the strongest team in the world, and PSG.LGD who they heavily struggled against in the online season in the past months.

No matter the opponent, iG came out victorious and fought their way to the Grand Finals, seeking revenge against EG. Then another match victory for EG. And another one. With a Grand Finals standing of 2-0, EG not only won four games in the Major against iG, they also only needed one final victory to close the bag and take the trophy.

But iG kept believing and pulled out an amazing reverse-sweep, winning all final three games. As all their members brought an incredible performance, it is hard to pinpoint the MVP of the series. Future opponents should definitely consider not giving Hu 'Kaka' Liangzhi an option to pick Lion. Jin 'flyfly' Zhiyi showed the world how to play a top-notch carry, as his final 14/0/18 Spectre proves.

Midlaner Zhou 'Emo' Yi caused the community to go riot by just one simple character. When iG activated the NA-curse and were about to win game three, he typed a "?" after his kills. While usually considered toxic, the ? is iconic in this case, so beware a flood of question marks in your next pubs.


Top tier but never number one

If you're new to Dota 2 : there is a gruesome curse haunting North America. No NA team ever managed to win an official DPC Major. Especially carry Artour 'Arteezy' Babaev is plagued by the curse.

While he always counted as one of the most skilled and beloved players in the world, the 24-year old Canadian has a track record of high finishes without winning gold.