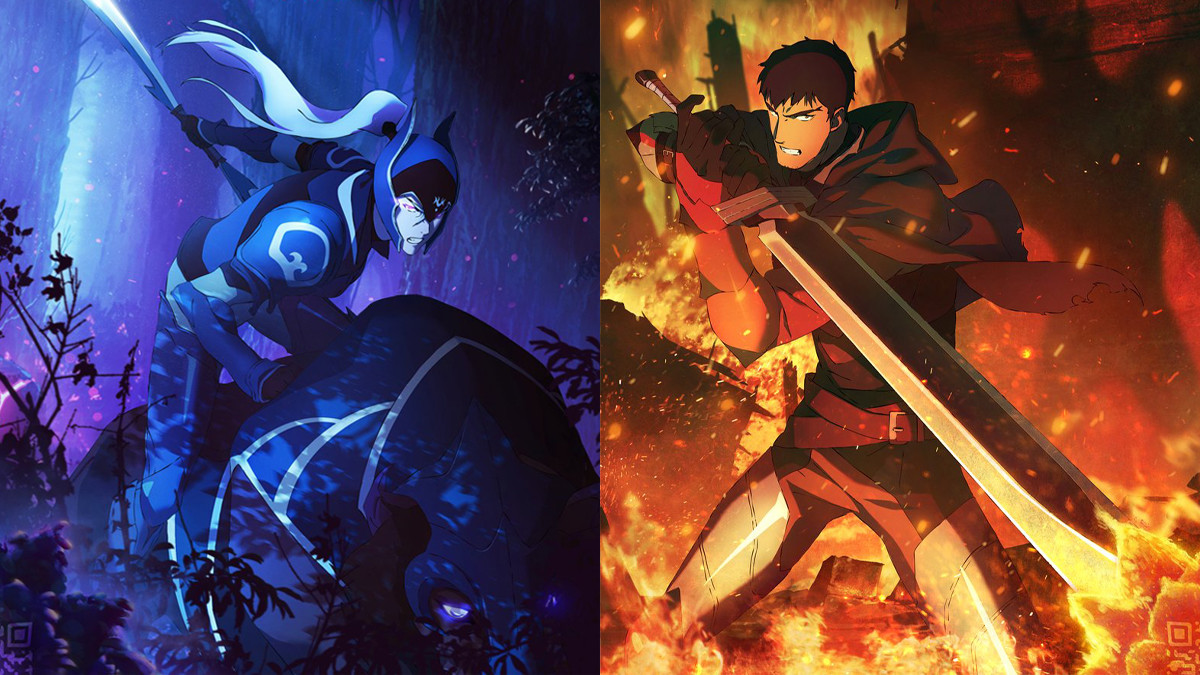 posted by NanaKrustofski,
With the upcoming release of the Dota 2 anime only being a week away, Netflix published several videos in collaboration with lore master Jake 'SirActionSlacks' Kenner. The anime itself has its premiere on 25 March.
ADVERTISING:
Spoiler alert: If you don't want any information or spoilers about Dragon's Blood, you obviously should not watch the videos below or read this article.

Countless worlds that are all connected

The latest episode giving some background information on Dragon's Blood went online on Wednesday, 18 March. There, Slacks talked about the Dota 2 universe and its giant size in general. While the game itself always takes place on the same small spot between two Ancients, the universe itself is gigantic with several unique places.

Among this plethora of worlds and realms, most of them feature pretty mundane areas where normal people live simple lives. But each realm also has fantasy elements and areas full of magic, such as Nightsilver Woods. The items are another indicator for magic among a normal life, as the show features a TP scroll and a Gem of True Sight, for example.

A few days prior, Netflix also released a video with Slacks where the lore king talked about the heroes we've seen so far in the Dragon's Blood trailer. Slacks explains how Mirana and Luna became devoted to Selemene, the Goddess of the Moon. He also talks about their rivalry, and the magical abilities they got from the moon.

Despite these warriors being able to summon incredibly destructive beams of lunar light or shooting magical arrows, their skills are barely anything compared to Invoker. He is depicted as the wisest person in this universe with insane magical abilities, even being able to stay nearly immortal.

Slacks also provides background information about Selemene and the power of dragons in the universe as they are much more than simple monsters. There are also more new characters with a new background story that hasn't yet been touched in the game, such as a nearly forgotten other deity of the moon.


The beginning of all: Why are we even defending the Ancient?

Let's rewind time even more than just to some background stories. Let's jump to the very beginning of everything: the creation of the Dota 2 universe. You have played hundreds or thousands of Dota matches. Every single time, you were fighting to defend your Ancient and destroy the enemy one to the very end. You battled for the Ancients countless times, but did you ever wonder what you are actually fighting for? Why there is the need to defend this building?

Slacks has the answer to that, alongside Jorien "Sheever" van der Heijden and Owen "ODPixel" Davies.