Updated: T1 replace JaCkky with 23savage after qualifying for the Major 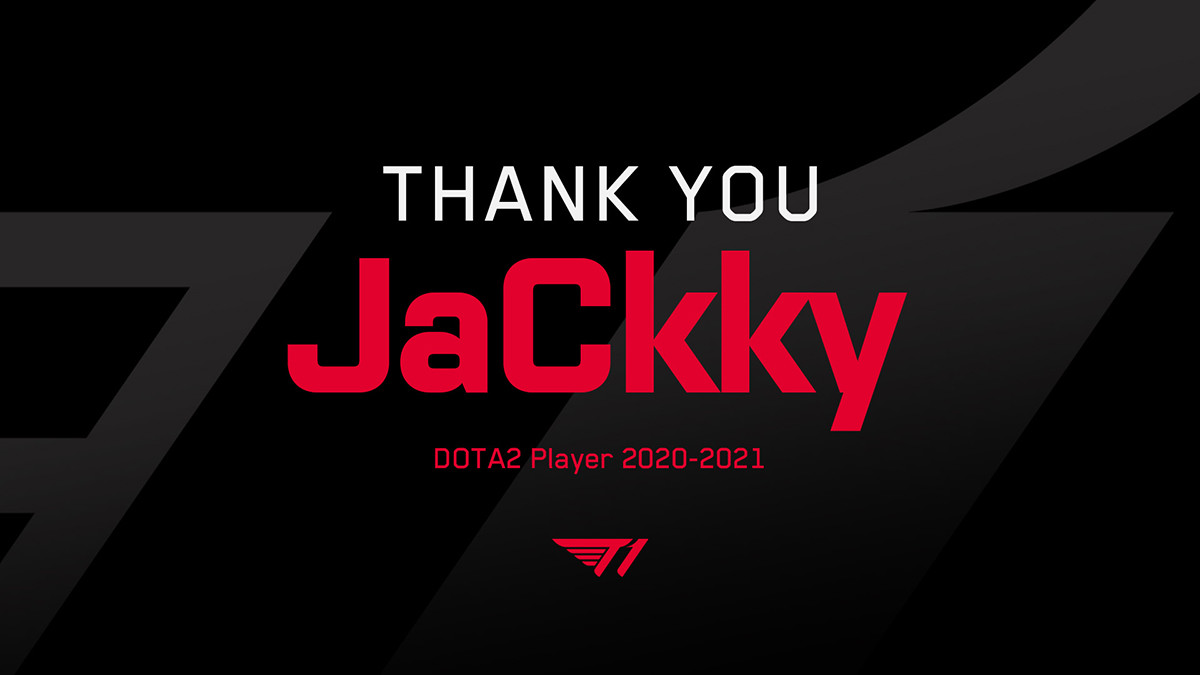 posted by NanaKrustofski,
Despite contributing to T1's slot in the upcoming Major, the organisation parts ways with their carry Souliya 'JackkY' Khoomphetsavong. Fans are unhappy with this decision, calling out the organisation for unfair treatment.
ADVERTISING:

While fans are still disappointed about JaCkky's treatment, the community also emphasised to not send any hate to 23savage.

We are pleased to welcome '23savage' to our @DOTA2 roster. Please look forward to our team heading toward @ONEEsports Singapore Major 2021.

South Korean organisation T1 is parting ways with their carry player Souliya 'JackkY' Khoomphetsavong as they announced on social media this Wednesday, March 3.

Today we part ways with 'JaCkky'. We highly appreciate his contribution to the team and wish him all the best. pic.twitter.com/aCaI3LzJO7

Being kicked despite qualifying for the Major?

The team successfully claimed a slot in the Wild Card of the upcoming ONE Esports Singapore Major 2021 as they finished in third place in the DPC21: S1 - SEA Upper Division last week.

There is no official statement from the organisation or from any player regarding this situation. Therefore, T1 has not yet provided a reason for parting ways with the talent. JaCkky joined the line-up in November 2020 and participated in two tournaments – the DPC series, and the BTS Pro Series - SEA #4 where T1 also got to third place.

Fans voiced their upset on social media, as the carry first helped the team to secure a place in the Major and then apparently got kicked. There are currently rumours that the organisation might want to sign Nuengnara '23savage' Teeramahanon as their new position 1. However, these allegations stem from the community and have not yet been confirmed.

Dota statsman Ben "Noxville" Steenhuisen also critiziced Valve for not having a "comprehensive and reasonable rulebook".

It's not like multiple people didn't say that dodgy shit like this would happen (both when the DPC league system was fully announced and again more recently).

Valve have tried many experiment in Dota 2, except the whole 'writing down a comprehensive and reasonable rulebook' one. https://t.co/zqTuQc8T9d

T1 will receive a slight penalty of some of their DPC points being deducted. However, the situation has a more severe impact on JaCkky. Not only does he not have any DPC points despite his third-place finish in the league, he also cannot play in the upcoming Major even though he qualified for it. He now has to look for a new team for season two of the DPC, where he has to start from zero as he also has no secured spot in the Upper Division.