Dota heroes and their creation: Inspiration from the real world – Part 3 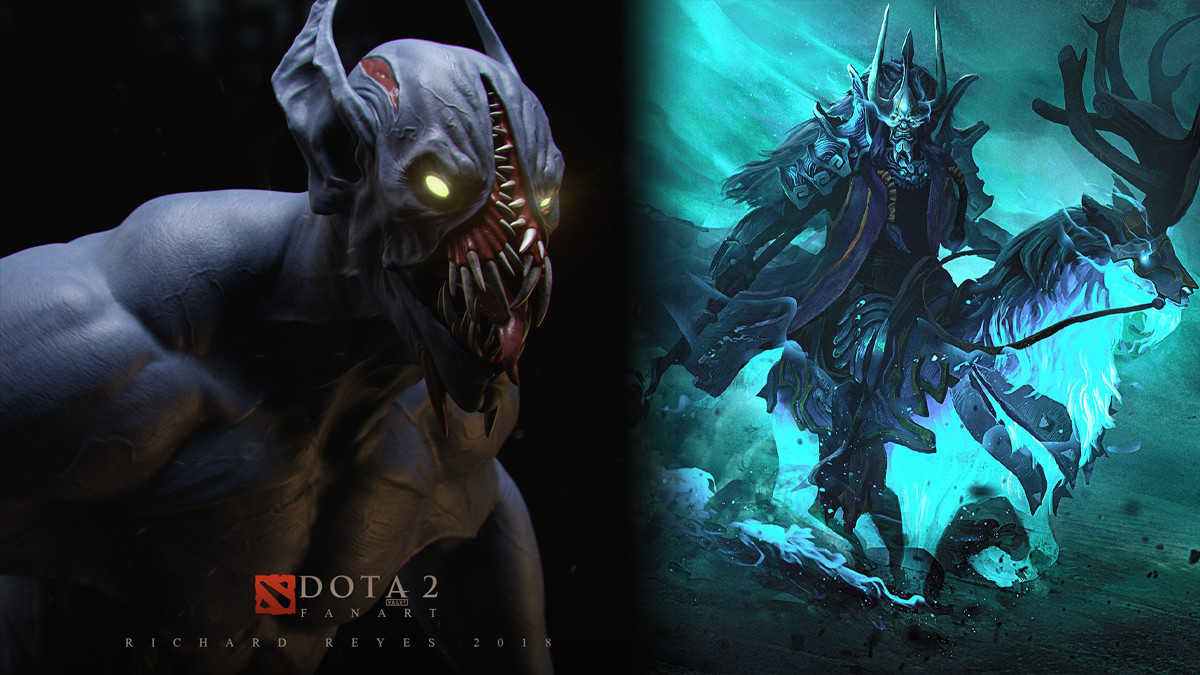 posted by NanaKrustofski,
What do a serial killer, a demon-angel and a friendly zombie have in common? They all reference some of our beloved Dota heroes. This edition of possible real world inspirations is completely on the spooky side, so make sure to lock your doors tonight!
ADVERTISING:


Ever spotted a term, name or character outside Dota and thought "hey, that sounds familiar"? There are many references in other areas of life, be it in anime, astronomy, physics or history. Some of these real-world-findings might have been the inspiration when creating our beloved heroes. But even if not, it is fun to search possible backgrounds, so let's jump right into the third part of this series. 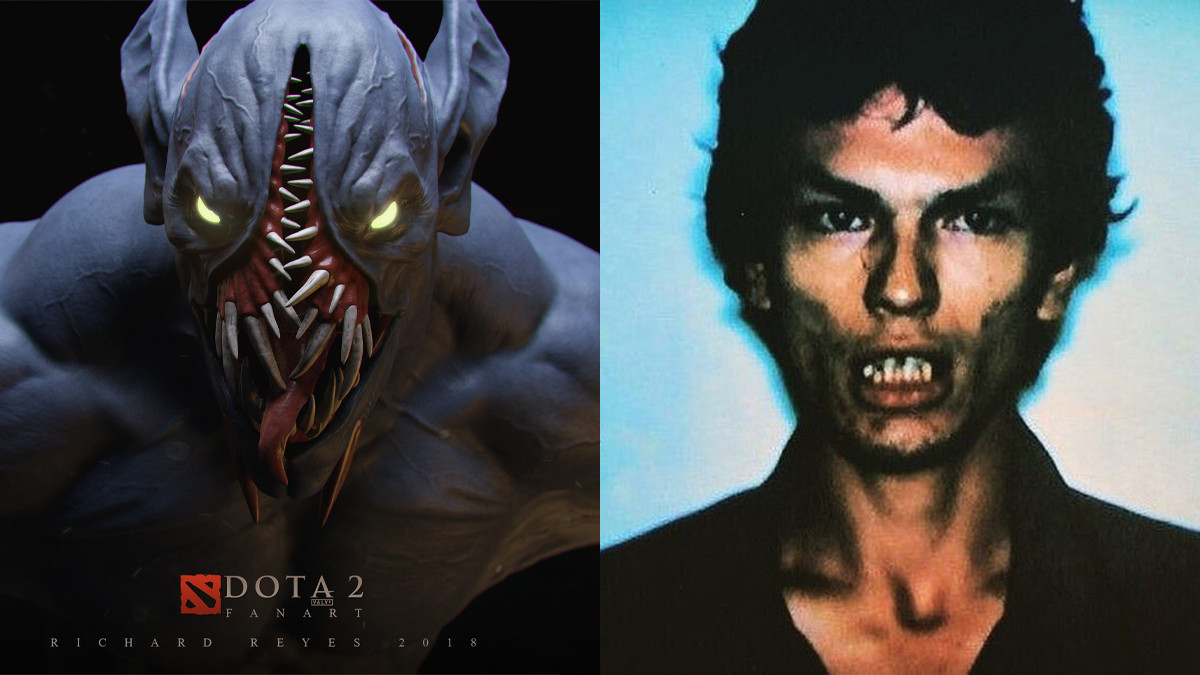 Let's start with "Evil's embodiment": Balanar the Night Stalker. In Dota, he is said to be the only surviving creature from a time where darkness reigned, before sunlight and daytime existed. On the dawn on the First Day, all these gruesome creatures perished, except for Balanar. The night terror, every child's worst nightmare, stalking the defenceless and delighting in malevolence.

When the designers thought of a fitting name to baptise this monster, their inspiration for its name most likely came from the American serial killer Richard Ramirez. The Satanist counts among the most infamous killers in modern history. During the 1980s, Ramirez committed at least 13 murders, several attempted killings and additional crimes. He was known for breaking into inhabited homes at night, killing the residents and stealing their belongings. As there was no hint as to identity at first, he was titled the Night Stalker by the media who advised the population to always lock their homes at night.

Another parallel between the Dota hero and the killer, apart from their pattern of striking at night: their bad teeth. Balanar has his trademark weird demogorgon-like mouth-and-teeth constellation, despite it not being really important for his skillset. For the real life Night Stalker, the victims who survived his attack all pointed out his incredibly bad teeth. 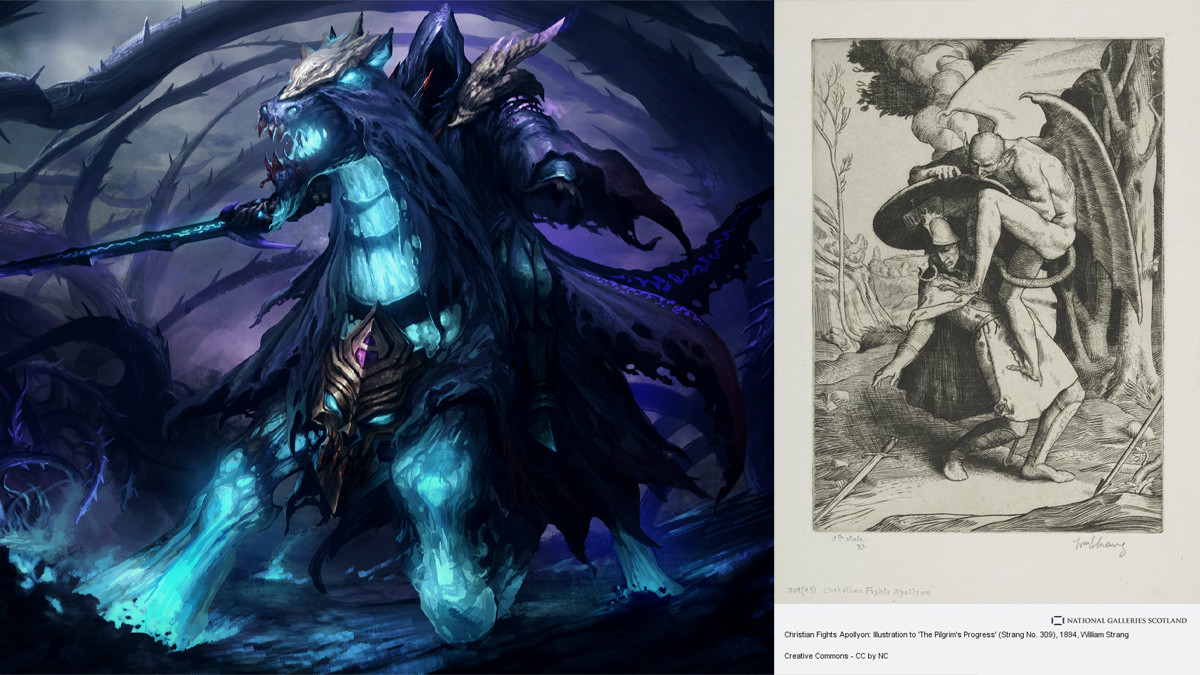 Abaddon might seem friendly at first because he likes horses and heals his allies, but he has a mysterious lore. He is descended from the Font of Avernus, where each newborn is bathed in black mist to grow up and protect their traditions and the Font. However, when Abaddon was bathed there "flared a light of comprehension" in the child's eyes. He became a creature of the black mist which granted him mastery over life and death.

In the Hebrew bible, the term Abaddon refers to a place of destruction and an archangel of the abyss. The Hebrew word means destruction, place of destruction or the realm of the dead. The Greek version is Apollyon. In demonology he was called chief of the demons of the seventh hierarchy, which is also taken up by the show Supernatural. In general, he has an ambiguous role as sometimes he is described as good servant to god, while at other times, he is depicted as a demon.

The angel of the Abyss also has a title in Dota: Lord of Avernus. Avernus was an ancient name for a volcanic crater in Italy. Within the crater is a lake. The Romans believed that this was the entrance to the underworld. The crater gave off toxic fumes which allegedly killed all birds that flew over the lake. 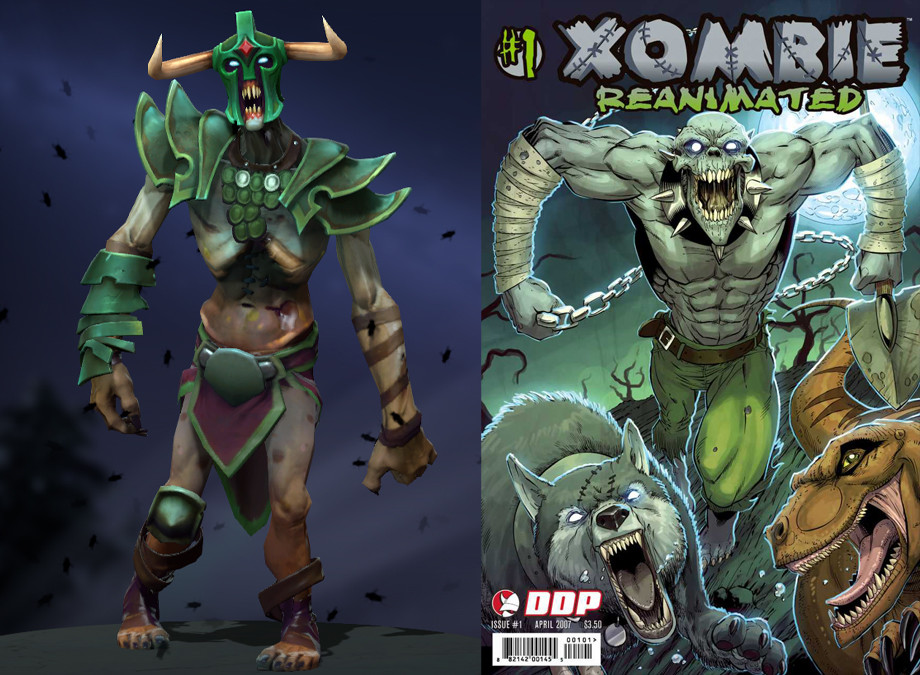 Undying looks like a regular zombie, but he has a really interesting backstory. He used to be a living soldier fighting in war where he was ripped from his saddle and thrown into the pit of the Dead God. There he laid in darkness between his fellow soldiers, hearing the Dirge and getting consumed into nothingness. For those non-natives who also never heard the term "dirge" before: it's a mourning song for the dead. The fallen survivors in the pit eventually turned to cannibalism. The Dirge became louder and louder, consuming Undying, obliterating his former self and turning to a servant for the Dead God. His new mission now is to spread the Dirge across the land and to rally the sleepless dead against the living.

A dirge itself is a mournful song for the dead, as already mentioned. According to the Online Etymology Dictionary, the term comes from the Latin prayer "Dirige, Domine, Deus meus, in conspectu tuo viam meam" which translates to "Direct, O Lord, my God, my way in thy sight". There is apparently a Christian ritual for the dead where this psalm is sung.

A cooler reference is however the character Dirge from the cartoon series Xombie by James Farr (shout out to this post from mydotablog from 2012 for this information). There, Dirge is a zombie who still has a conscious mind. While he is undead himself, he decided to protect mankind from other zombies. Like Undying, he also has no memory of who or what he once was. However, the character is not a former soldier but was an average person before. He now wears a big metal collar so his head cannot be cut off.