Out of Position: Brewmaster Hard Support 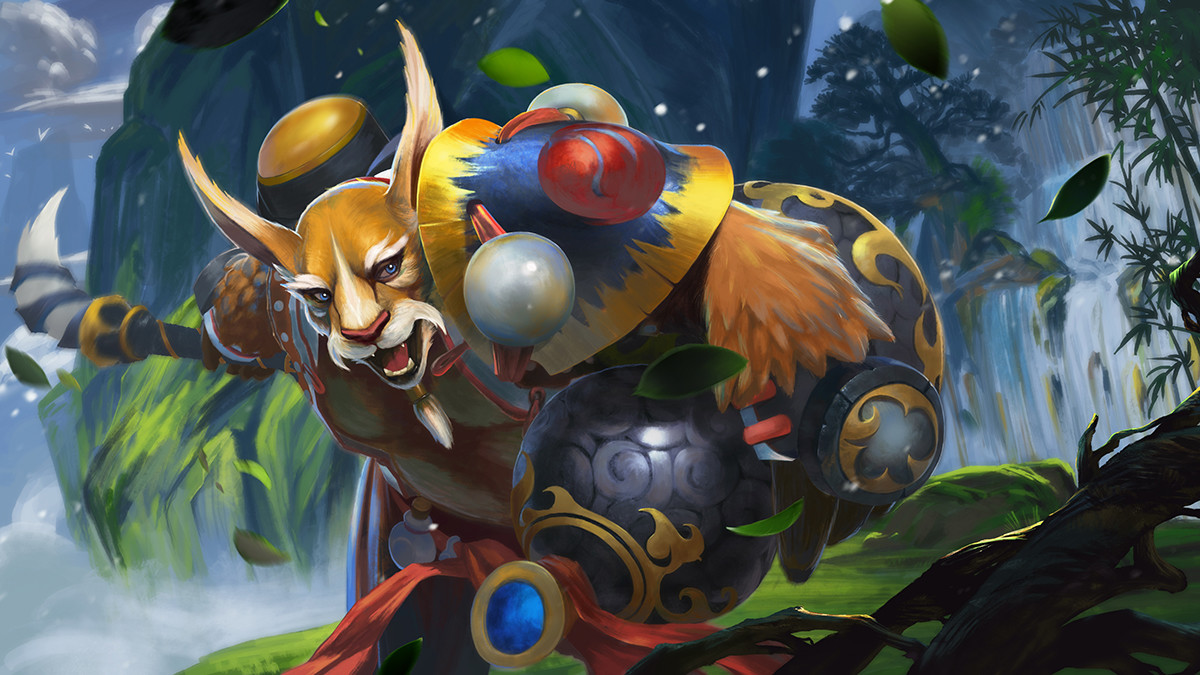 posted by Liightsdota,
It's 2021, so time to forget all rules in Dota and experiment! Brewmaster is ready to help you climb the MMR ladder.
ADVERTISING:

The Case for Brewmaster Hard Support

Although Brewmaster had been unseen in the Hard Support role before, many professional players have been experimenting with it since the start of February to great success. While playing this hero as a 5 may initially raise eyebrows if you pick it in your pubs, when played with the role in mind, he can be a fantastic support hero in patch 7.28b. In professional-level pubs today, Brewmaster is played as a support in 1/3rd of his appearances, achieving an +11.6% better winrate than what the hero achieves as an offlaner in this patch.

So, it’s official: Brew is actually performing statistically better as a support hero now. Several contributing factors enabled this shift in playstyle for the drunken panda. The largest and most significant change that has enabled this new support playstyle is the introduction of the hero’s freshly reworked Aghanim’s Scepter. The new one allows Brewmaster to have 2 charges of Primal Split, as well as crucially allowing the player to activate the spell again to return to his coalesced form whenever they want. This ability, in particular, allows the support Brewmaster to prevent a death from his individual Brewlings getting killed by physical attacks from cores.

There are already some more established beefy heroes which have been finding success as hard supports in the right circumstances. Brewmaster Hard Support has a similar playstyle and role in a team composition as each of the heroes shown here. He performs excellently when drawing the aggression onto himself during the laning stage, allowing a ranged carry to sit back and poke from safety. The hero can also be combined with a more aggressive lane partner in order to secure kills during the laning stage on squishy opposing supports. The most common lane partner for 5 Brewmaster in high-level games is Morphling, who benefits from Brew’s power and lane presence during those crucial first 5 levels.

Support Brewmaster won’t have as many levels as the offlane playstyle that you’re more familiar with. Therefore, they will have lower levels of Primal Split for certain midgame fights, which previously led to the ultimate feeling more lacklustre when the hero was played as a support. Now, however, when you’re down to your last Brewling and fleeing on 50 health, you can just tap R again twice and have an entire additional Primal Split ready to clean up the second half of the engagement. If you aren’t forced to use both cooldowns during a single engagement, it means that you’ll always have a Primal Split available to commit to pickoff attempts, drastically reducing the downtime that the hero previously struggled with.

One of the most fantastic aspects of playing this hero as a support is that you’re almost never a viable target for the opponents to initiate on. The hero always has the potential to vanish from the map for 16-20 seconds, so no matter how close you are to killing him, if you’re initiating on Brewmaster you have to fully burst him from 100-0 or he’ll have the opportunity to turn on you with Primal Split and some incoming teammates. This gives the hero a feeling of invulnerability similar to playing an Abbadon, where you just have this big get out of jail free card for whatever ridiculous situation you’ve managed to get yourself into.

When played as a Hard Support, this hero’s early game revolves around using his big body and good base stats to get in the face of the opposing laners, trying to minimize harass onto his carry by aggressing on opponents. Cinder Brew is your biggest harassment tool in lane, as well as the skill we’ll always be maxing. This spell is insanely impactful if you’re able to apply spell damage to a target that has already been hit by Cinder Brew. In the laning phase, you’ll need either the help of your lane partner or get up in their face to also land a Thunder Clap in order to activate the Cinder Brew damage. Once you’ve acquired some early game gold, the most crucial item for Support Brewmaster to purchase is an Urn of Shadows. This is because the offensive active ability of Urn counts as spell damage to ignite your Cinder Brew, meaning you no longer need to get on top of opponents to deal huge damage from the support position.

Most players are either keeping Brown Boots or going for an early Tranquils and Wand, before moving straight into the powerful Aghanim’s Sceptre for all the reasons already mentioned. On support, and as a consequence of having two charges of Primal Split, most players haven’t been favouring Blink Dagger anymore. But with your Urn and Cinder Brew, you should feel comfortable sitting in the middle of your team and poking from range before committing your ultimate and running in to follow up on your team’s primary initiator.

When playing midgame as a Hard Support Brewmaster, you want to stick with your teammates as much as possible, trying to setup pickoffs with your ultimate when you have it available. Using Primal Split can be quite imposing for newer Brewmaster players. However, your gameplan in fights is actually quite straightforward and simple. As soon as you activate your ultimate, your first priority should be casting the Earth Brewling’s stun on the target your team is attempting to burst down as quickly as possible. Then right-click that target with all your units for maximum damage, before microing the Storm Brewling away to look for other opponents who may be trying to help the target you’re initiating on. Simply use the Storm Brewling’s Tornado on the opponent’s biggest core, and watch them spin uselessly while your teammates wipe up the rest of the fight before finishing them off. Should your Brewlings ever start taking damage, simply Wind Walk the Storm Panda away to safety.

For those support players brave enough to learn and attempt an unconventional hero for their position, who’s actually performing extremely well at a high level, Brewmaster Hard Support is for you.