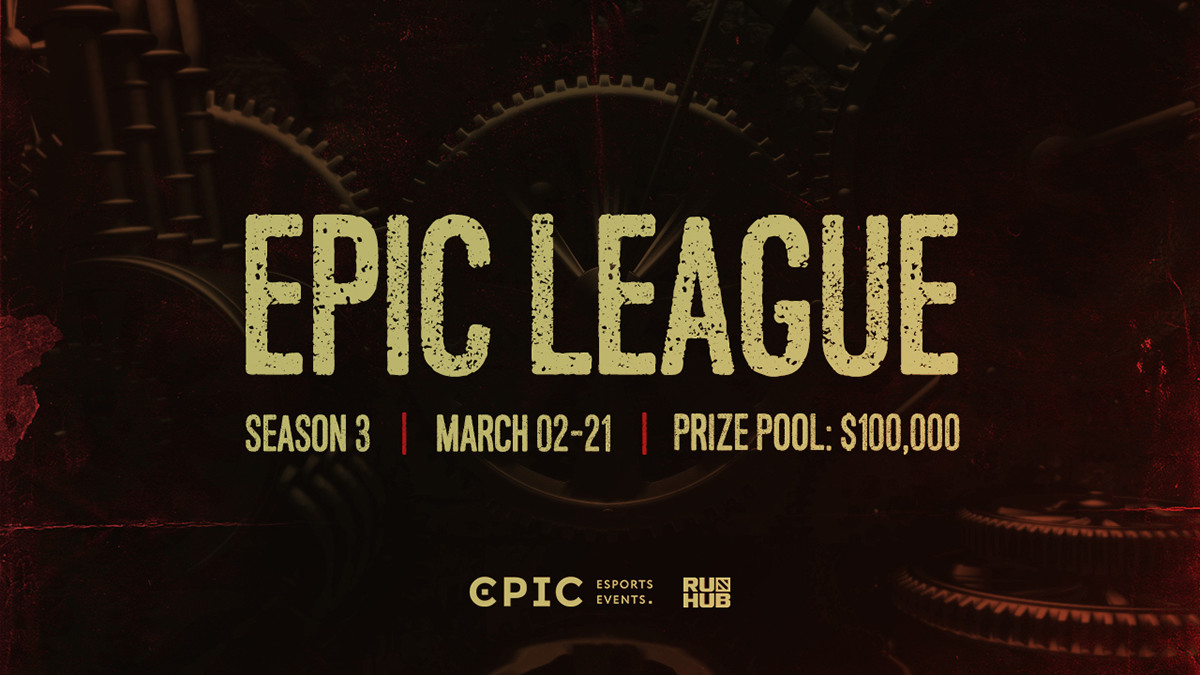 posted by NanaKrustofski,
Epic Esports announce the third season of their EPIC League to take place in March. 16 teams from Europe and CIS will participate in two divisions.
ADVERTISING:
Ever wondered what to do during the big black hole between the end of the DPC League and the start of the Singapore Major? You can now adjust your plans as you can simply watch even more professional Dota 2!

Epic Esports return with their third season of the EPIC League. From 2 - 21 March, 16 teams from Europe and CIS will fight for the $100,000 prize pool. The participants are not yet known, but this article will be updated once they are revealed.

🔥 We are happy to announce that the 3rd season of EPIC League will take place in March this year, where 16 European and CIS teams will compete for $100,000 prize pool.

Soon, we will announce the teams that have received an invitation to the tournament.

The tournament will be split into two divisions again and goes from a Swiss system group stage into the playoffs. Winners of the previous EPIC League in December 2020 were Virtus.pro with OG and Vikin.gg as runners-up.