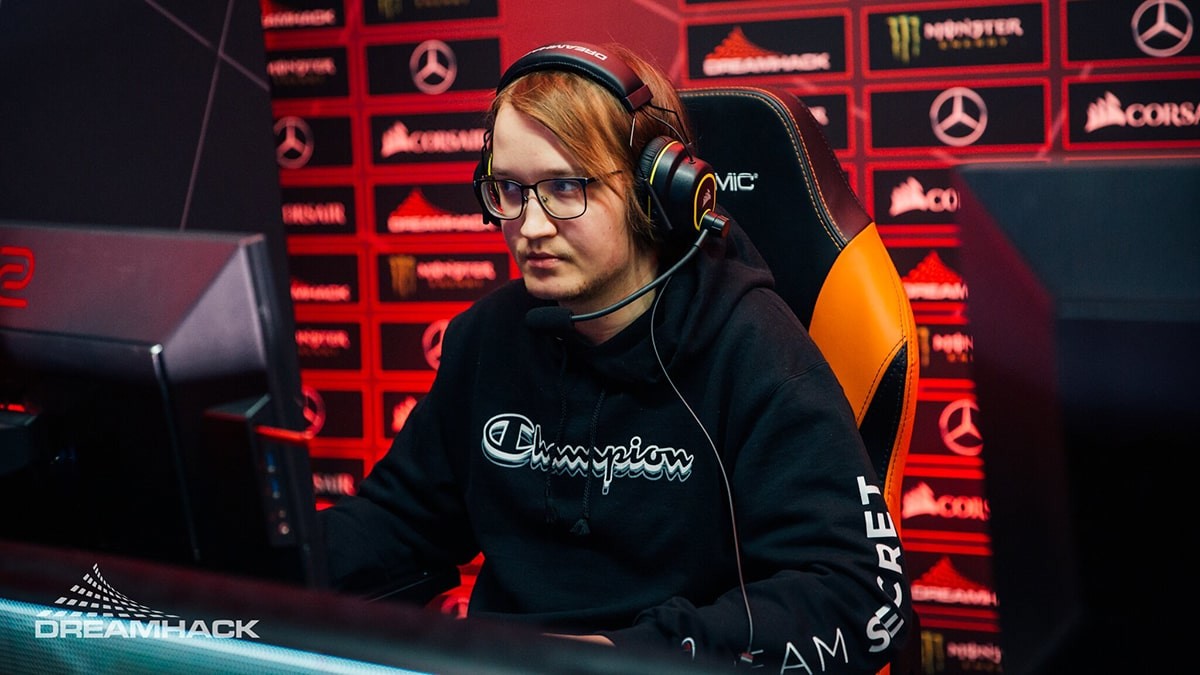 posted by Smyke,
Lasse 'Matumbaman' Urpalainen dismantles his former team in much anticipated DPC21: S1 - EU Upper Division series.
ADVERTISING:
Wednesday's showdown between the last two teams of the EU Upper Division without a loss was highly anticipated. Team Secret and Nigma both fought for the top position in the ranking.

Secret went into the series as favourites, but captain Kuro S. 'KuroKy' Takhasomi and his squad were surely capable of teaching the best team in the world a lesson in humility. However, this time around Nigma had to concede an extremely bitter defeat.

Right from the start, things looked extremely positive for Secret. After only 8 minutes, they wiped the entire enemy team out, their networth lead exploded. This resulted in a massive advantage for Matumbaman's Slark, who developed into an unstoppable force early on. 14 kills of the 36-6 final score came from him, while he didn't die once.

Map two looked much more balanced in the beginning. This time Matu went for Ursa and was even the first player to fall. However, thanks to excellent support from his team, especially the extremely powerful Yazied 'YapzOr' Jaradat on one of his signature hero's Rubick (7/1/25), Matu was able to carry the game once more. After more than 40 minutes, Nigma ran out of steam, being beaten time and again. They had to accept their 2-0 loss, after Secret concluded the second game with an impressive 41-16 score.

Team Liquid next to challenge Secret

The next game in the European Upper Division is scheduled for Saturday, 6 February. There, Secret will face Team Liquid, who currently hold second place in the standings. On the same day, Nigma will have to redeem themselves in their match-up with Vikin.gg.


Full Standings of all regions!

Here are the current standings for all regions:

Can anybody stop Team Secret? Share your thoughts in the comments!