1v5 and KotL with Rapier: highlights of the first DPC week 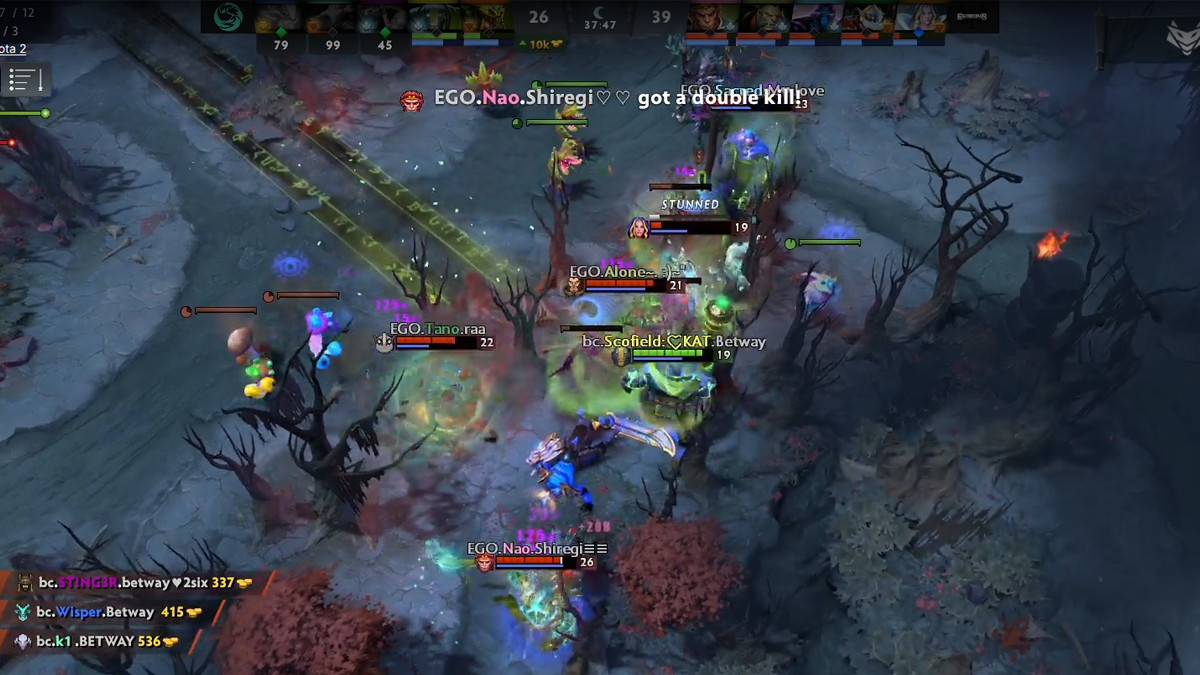 posted by NanaKrustofski,
The first week of the DPC 2021 is over and it brought us a plethora of games in six different regions. If you are out of the loop, here are some highlight plays and the current top teams.
ADVERTISING:

Team Nigma are currently in first place in Europe with two series victories and a score of 4-2 matches in the bag. Vikin.gg are on the other end of the standings, having lost one series 0-2.

Captain Kuro S. 'KuroKy' Takhasomi remains humble, as he showed in one of the post-match interviews. He gives credit to his team-mates and states that he will always go for the toughest challenges in life. And he has great players on his team for sure: Maroun 'Gh' Merhej once again confirmed his status as a god, making impactful plays with Phoenix on a safe cliff.

OG and Team Secret are both currently in second place, as they won their series with a 2-1 result.

One reason for OG's success was the breath-taking, never-before-seen wombo combo you can watch in the clip below.

In China, EHOME and Vici Gaming might be in first place at the moment, but it was two other teams that stole the show.

Team Aster and PSG.LGD got to a third match, which lasted 88 minutes. The game was filled with extreme networth changes, 87 kills in total, 8 Roshans, 7 Divine Rapiers and constant swapping of those blades (KotL-Rapier-build coming to your pubs soon?).

Aster managed to take the series 2-1 in the end. They did however lose the second match, which is also the origin of this beautiful Echo-Slam play below.

The Southeast Asia ranking was shaken. While TNC Predator usually counts as one of the top squads, they are currently in last place. Filipino line-up Neon Esports now stands in first place as they won both their series, resulting in a 4-1 score.

Neon also provided one of the weirdest plays so far, as they started their match against 496 Gaming with a 5v5 in their jungle. The brawl ended in a team-wiping 5 kills for Neon and 3 kills for 496 – before the horn had even signalled the start of the game.

Natus Vincere stay true to their name as they are currently in first place in CIS. They sport a 4-0 score, meaning they won both their series.

Live to Win's position 5 player Akbar 'SoNNeikO' Butaev teased an announcement to come soon. He also stated that the squad will soon change their tag, hinting at potential sponsorship.

NoTechies are at the bottom of the ranking as they lost all 4 games.

Evil Geniuses are leading in the NA region with a 4-2 score. 5 Man Midas conclude the standings as they lost both of their series.

And last but not least, South America's current top team: beastcoast, who have a flawless 4-0 record as well with two series in the bag. EgoBoys occupy last place with a 1-4 score.

Both teams faced each other in the very first series of the league. Stand-out player in the first game was Elvis 'Scofield' de la Cruz on his Earth Spirit, as he recklessly rolled around 1v5 and still managed to come out victorious.

What is your highlight of the DPC so far?